The hotel sector has evolved. A lot.

It is now a far cry from the coaching inn and the 'Mom and Pop' motel, and those who wish to own a hotel no longer have to be involved in its operation. There is no need to put a mint on the pillow, fill the ice buckets or even visit the property. If an investor so chooses, a hotel can remain a line on a balance sheet and no more. This apparent cut in complexity is not, however, reflected in the sector's legal demands.

What enabled this hands-off approach for the most hands-on of sectors was the move from asset-heavy to asset-light, a trend that began in the 1960s with the franchising of the Holiday Inn brand. This gained traction in the United States with the popularisation of real estate investment trusts, and in Europe with the adoption of various investment models, including sale and leaseback.

The largest hotel companies embraced the chance to sell assets and use them to fund expansion. In 2018, Hilton was one of the last groups to shed its assets: making good on a three-way split announced two years earlier, spinning off its timeshare business and moving 70 of its owned hotels into a REIT. Simplifying the businesses would, it was hoped, result in a higher net valuation multiple.

Part of the motivation behind selling off the family jewels was the need for valuation simplicity. Another was the growing appetite for the sector from investors – an increasing number of them being institutions, whose structure prevented participation in operations.

With companies such as Marriott International and Hilton freed from the rigours of ownership, focus turned to the rapid growth of their brand stables, embracing a wave of branding that has permeated every aspect of commercial life. At the last count, Marriott International had more than 30 brands, illustrating the expanded scope of the hotel sector, moving past those motels and reaching deep into luxury resorts, serviced apartments and even private residences. As the customer asserts the right to 'their stay their way', the number of flags available to owners will only multiply, with the new model less a stable of separate entities and more a big happy family, united by a loyalty programme.

Branding a hotel may look as simple as branding a chocolate bar, but the expansion of franchising out of the US was merely the start of the options for hotel owners, and the number of players involved in each hotel has expanded with the number of brands. These players now include third-party operators, asset managers, franchisors and franchisees, managers, operators and, of course, owners in their many forms. Unlike a chocolate bar, a hotel night is a passing commodity: if you don't sell that room tonight, it, and its potential revenue, no longer exist.

Regional variances have grown within the hotel stack. Leases are popular in Germany, but much less so in other countries. It is a minefield for those companies that want to act globally but are forced to act locally. Owners and their demands also vary. The family office looking for a multi-generational hold has very different aspirations to the private equity house looking to flip an asset in five years.

A brand is no longer just reassurance that the shower will work and the breakfast will be the same. The customer wants more; wants experience; wants something unique backed by the security of the standard. Delivering this has become ever-more demanding.

There are those who buck the trend, including CitizenM in the Netherlands and Whitbread in the United Kingdom. They see their strength in the ability to control all aspects of the company, see assets not as a dead weight, but as the solid core that they can rely on and the source of their ability to act nimbly.

The considerations in every contract have expanded substantially. With more brands come more concerns from owners about competition on their patch. Differences between flags must be defined to protect against accusations of cannibalisation and brand owners playing favourites with their new toys. The cost of the brand has grown past marketing; there are issues around investment and refreshing the offering. Just because an unseen person in the HQ 5,000 miles away wants a new type of mattress as a new brand standard, is the owner required to pay for it? And a new neon sign? And a coffee machine in every room? The brands' insatiable appetite for expansion, and to enter into amenity wars with their rivals, threatens owners' returns and often leads to conflict.

Marketing a property is an art and a skill that comes at a cost, and distribution is now a hotel department in its own right. Hotels have been taught to fear the high fees of the online travel agents, but owners have complained that the response of the globally branded players – to fight fire with loyalty programmes – has also come at a cost. When the asset is properly aligned, a hotel can deliver glorious rewards as well as a wonderful stay.

Aligning the parties has become the priority for those helping to build the relationship and create an asset that works. Hotels have edged their way into the mainstream asset classes, joining retail, office and residential. With that has come increased scrutiny from investors and the need for thorough contracts between parties – not just a handshake at the bar. The skill involved in this search for balance has never been more demanding, nor the depth of knowledge required greater. 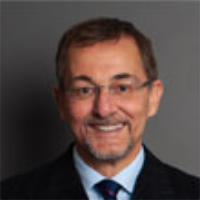 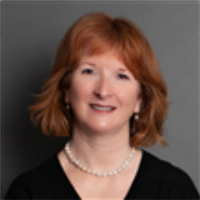