Japan has been experiencing a boom in inbound tourism in recent years prior to the covid-19 pandemic. According to the statistics published by Japan National Tourism Organisation, while the number of foreign tourists visiting Japan had been less than 10 million before 2013, in 2019 more than 31.8 million foreign tourists visited Japan. There are multiple background factors for such dramatic increase such as a depreciation of the Japanese yen, promotion of Japan's historical attractions and the relaxation of visa requirements for foreign tourists.

These circumstances have resulted in significant demand of new hotel rooms and thus hotels have been one of the most active real estate sectors in Japan in the past half-decade.

Generally, there are no restrictions on foreign investors investing in, owning, leasing or operating hotels in Japan. Under the Foreign Exchange and Foreign Trade Act (Act No. 228 of 1949), there are various notification requirements depending on types of the businesses and transactions but in most cases involving investment from foreign investors, post facto notification requirement would apply in connection with hotels.

Hotel business requires a licence under the Hotel Business Act. In lease structures, lessees have to obtain hotel business licences. In the case of hotel management agreement and franchise agreement, although owners, rather than managers or franchisors, normally obtain licences, but consultation with the competent local government agency is recommendable as this depends on policy of local government and details of the actual arrangement.

Another important right granted under the Act on Land and Building Leases is the right to request decrease or increase in rent. When the building rent becomes unreasonable, as a result of an increase or decrease in tax and other burdens relating to the land or the buildings, as a result of the rise or fall of land or the building prices or fluctuations in other economic circumstances, or in comparison to the rents on similar buildings in the vicinity, the parties may, notwithstanding the terms and conditions of the relevant lease agreement, request future increases or decreases in the amount of the building rent. In fixed-term building leases, the parties may remove such statutory right for rent decrease or increase by agreeing upon specific terms and conditions for future rent revision.

Generally, Japan adopts first-to-file trademark system. Accordingly, it is important and very common for hotel brand holders to register trademarks that may be used in Japan. Since there is an online database for searching trademarks4 in Japan, in the case where hotel brand operators intend to introduce a new logo in Japan, it would be helpful for them to check through the online database to see whether there is an existing trademark registration similar to the contemplated new logo.

Recently, many hotel operators use internet-based services in connection with reservations and promotions among other matters. Such internet based services are often subject to the Act on Specified Commercial Transactions (Act No. 57 of 1976), which regulates, among other matters, mail order sales (e.g., online sales) and the Act on Regulation of Transmission of Specified Electronic Mail (Act No. 26 of 2002), which regulates commercial emails for marketing purposes. Furthermore, if the service contains a prepayment for future goods or services, regulations on the prepaid payment instruments under the Payment Services Act (Act No. 59 of 2009) may apply.

Hotel franchising is often seen in Japan, but there is no law specifically regulating hotel franchise business, although the Civil Code (Act No. 89 of 1896) applies as it regulates the rights and obligations in general.

The Medium and Small Retail Commerce Promotion Act (Act No. 101 of 1973) (the MSRCPA) regulates 'chain businesses', in which an entity or individual, as a franchisor, sells or acts as an agent to sell products to small and mid-size retailers and provides the retailers with management guidance. The typical example is a franchise convenience store. However, since hotel franchising mainly concerns the provision of knowhow, guidance and the right to use a brand to franchisees, which is unrelated to the sale of products, the MSRCPA does not apply.

Hotel management agreements are widely utilised in Japan especially for transactions with international hotel operators. However, there is no law specifically regulating such agreements, although the Civil Code applies as it is applicable to the rights and obligation of owners and operators in general.

The secondment of a hotel's senior executives may usually fall under item (b) above.

Owners typically raise funds for the construction or purchase of a hotel using debt and equity capital. Debt is procured on a corporate finance or asset finance basis.

Where lenders lend owners money for the construction or purchase of a hotel, it is common for owners to create a mortgage on the hotel in favour of lenders. Where the loan is accelerated due to the owner's default, the lender may foreclose on the mortgage, dispose of the hotel and apply the proceeds from such disposal to the repayment of the loan. Additionally, the loan agreement between a lender and owner typically provides that the owner shall comply with all hotel transaction agreements and also obtain the prior written consent of the lender for certain important matters such as a change of the budget or business plan or material indebtedness. Additionally, lenders often have the right to change operators if the existing operators breach the hotel transaction agreements or certain financial milestones are not achieved.

International hotel operators typically require owners to enter into a non-disturbance agreement with them and any lender to whom a mortgage or other security interest is granted over the hotel as part of the financing of the hotel. The non-disturbance agreement is intended to protect operators by requiring lenders to recognise the existence of the hotel management agreements, and the operators' tenure thereunder in the event of enforcement by lenders against owners. This may also include restrictions on loan-to-value ratios and a requirement that any incoming purchaser of the hotel following an enforcement event also continue to be bound by the hotel management agreements. However, in the case of a lease structure where a lease has priority over the mortgage, the lease will survive, and be unaffected by, the foreclosure of the mortgage. Namely, in such case, the non-disturbance agreement will not be mandatory as the operator will be secured under the lease right with priority over the mortgage.

It is common for foreign investors to use one of the two major real estate financing structures called the GK-TK structure and TMK structure in making investments in real estate in Japan. Generally, these structures have been designed to achieve tax-pass through treatments as well as procuring debt-financing. Since these structures are mainly tax-driven, consultation with a tax adviser is essential in structuring.

While the number of hotels and accommodation facilities has rapidly increased, many hotels face a personnel shortage, which has resulted in overtime work for employees. The Labour Standards Act (Act No. 49 of 1947) provides that, as a general rule, the statutory maximum number of normal working hours for any employee is 40 hours a week and eight hours a day, excluding breaks. Employers may extend working hours up to a certain upper limit when employers enter into a labour management agreement with a union that is constituted by a majority of its employees or, if there is no such union, the representative of a majority of the employees in the workplace. If employers extend working hours beyond the statutory maximum hours with the labour management agreement, employers must pay an additional overtime payment for work during such hours at a certain rate in addition to the normal wages per work hour.

Hotels are susceptible to market volatility. One of the options for dealing with such volatility is to adjust the number of hotel personnel according to the volatility. However, in Japan, an employer may dismiss an employee only for reasons that are objective, logical and reasonable, and a dismissal without objective and logical grounds in accordance with society's standards will be deemed invalid as an abuse of rights. Since Japanese courts tend to strictly define what is objective, logical and reasonable, practically speaking, it is difficult to dismiss employees.

On the other hand, there are several cases over hotel lease agreements. One of the noteworthy issues is rent increase or decrease request allowed under the Act on Land and Building Leases, as explained above. There are several rent deduction cases involving super luxury hotels.

The covid-19 pandemic caused a sharp fall in international tourist arrivals in Japan during 2020 as in other countries. A critical factor driving the hotel industry recovery is a reduction in the number of new covid-19 cases and development of covid-19 vaccines. In the event of a prolonged need for social distancing and a persistent occurrence of new covid-19 cases, the recovery would be slow but the domestic and close-to-home travel would return first. As covid-19 vaccines are currently being developed and travel restrictions are gradually being lifted in many countries, the international tourism demand is also expected to return to pre-crisis level in the next few years.

3 It is possible for the parties to enter into a new lease agreement starting immediately after the expiration of the fixed-term building lease agreement.

5 Trading on Restrictive Term means trading with another party on conditions which unjustly restrict any trade between the said party and its other transacting party or other business activities of the said party (Section 13 of Designation of Unfair Trade Practices (Fair Trade Commission Public Notice No. 15 of 18 June 1982). 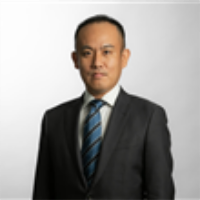