May you live in interesting times! This ancient curse of apocryphal origin could perhaps summarise the recent turmoil and economic disasters our planet has not seen since the Great Depression. Superficially Jaws in Space, we endure allegories of the Ancient Plagues. The Appellate Body has vaporised, Brexit did materialise and, to make matters worse, an invisible lethal pathogen has entered the scene. The latter, of course, also has consequences well beyond trade, exceeding the realm of this book.

Staying with trade, not only has the Appellate Body ceased to function, certain WTO Members seem to dismiss the binding nature of its rulings altogether.1 There are worrying tendencies by some Members to shift from a multilateral to a regional or bilateral trading system – not to speak of unilateral measures. While such systems are usually referred to as 'free trade agreements', they have not always managed to live up to this expectation. Undoubtedly, Members may have some reasons for such policy shifts, but if all start to propagate these types of agreements, we could find ourselves back in the 1920s before too long.

In this light, it is imperative to strengthen the arbiter when the 'soccer (or rugby) game of international trade' may slowly be spinning out of control. When the game is rough, the referee must be tough. Although the Multiparty Interim Appeal Arbitration Agreement (MPIA) (the stopgap Appellate Body) is a good start (see below), some other fixes are also needed. Members will need to partially update the rule book, partially rectify a few selected rulings, and look for an improved implementation and enforcement mechanism.

Even the European Union (EU), with 'multilateralism written in its DNA',2 seems to have caught some early symptoms of unilateralism by formulating responses to some perceived WTO failures outside the multilateral framework. For example, although this is not really new, a few years ago the EU revamped part of its normal value determination by modernising and neutralising its old analogue country methodology.3 More recently, however, the EU has also started acting against transnational subsidies – something not traditionally understood to be included in the Marrakesh rule book. Indeed, apart from targeting transnational subsidies through its regular Anti-subsidy Regulation,4 the EU is now also in the process of designing a completely new and all-encompassing legal instrument5 addressing the distortive effect of foreign subsidies in the fields of competition, public procurement, takeovers, investment, etc. If enacted, this powerful and broadly scoped new tool, potentially capable of decapitating any nine-headed water serpent, is something about which we will undoubtedly hear much more in the years to come. Finally, the Chief Trade Enforcement Officer is also new and is designed to increase monitoring and enforcement of environmental and labour obligations under EU trade agreements; while laudable in se, it also confirms a shift away from multilateralism.

On the upside, however, some other recent developments illustrate that the EU is simultaneously attempting to uphold the banner of free trade and promote multilateralism. Under an EU initiative, an unprecedented interim appeal arrangement for WTO disputes has become effective (the MPIA), with currently some 20 plus participating Members pledging their commitment to a rules-based trading system. This agreement addresses some efficiency concerns that were raised with respect to the Appellate Body, such as only allowing arbitrators to address issues that are necessary to resolve the dispute, and limiting possibilities to extend the 90-day time limit. This innovative and interesting stopgap agreement also raises important questions for the future of international trade dispute settlement in the post-MPIA era. Importantly, what will be the relevance of MPIA decisions in a future if and when the Appellate Body were to resurrect? How will the dispute settlement system function with fractured jurisprudence? These early questions have recently been addressed in an excellent blog.6

Another promising silver lining is the continuing negotiations on fisheries subsidies. Although it has proven extremely difficult to make unanimous decisions with 164 WTO Members, fish are not known to respect national borders and therefore the only possible and effective response to the rapidly depleting global fish stocks is multilateral. These negotiations are a good opportunity, therefore, for the WTO to demonstrate its effectiveness, its capabilities as a rule-making organisation, and its ability to adapt to changing times.

Similarly, the recent announcement of the WTO Director General to step down before the end of his term should be used as an opportunity to usher in some new energy to the organisation. Let us share the hope expressed by the Director General that him stepping down does not mean that 'the ship is . . . going down' but that command will simply be transferred to someone else who will 'hopefully . . . inject precisely that kind of energy and stamina that . . . is badly needed'.7

Let us, therefore, not lose all faith in the future of the multilateral trading system. May we live in hopeful times. With this in mind, we are deeply grateful for the continued support of our faithful contributors: Charlotte Morgan and Samuel Coldicutt at Linklaters for the Brexit chapter (A New Framework for UK Customs and Trade); Michael-James Clifton at EFTA and Pekka Pohjankoski of the University of Helsinki for the EU Courts chapter; Philippe De Baere at Van Bael & Bellis for the WTO chapter; Alfredo A Bisero Paratz at Wiener•Soto•Caparrós for the Argentina chapter; Mauro Berenholc and Renê Medrado at Pinheiro Neto Advogados for the Brazil chapter; Ignacio García at Porzio Ríos García for the Chile chapter; David Tang, Yong Zhou, Jin Wang and Jessica Cai at JunHe LLP for the China chapter; Sergey Lakhno at Integrites for the Eurasian Economic Union chapter; Nicolaj Kuplewatzky at the European Court of Justice and Nia Bagaturiya at V V G B for the European Union chapter; Shiraz Rajiv Patodia and Mayank Singhal at Dua Associates for the India chapter; Yuko Nihonmatsu and Fumiko Oikawa at Atsumi & Sakai for the Japan chapter; Lim Koon Huan and Manshan Singh at Skrine for the Malaysia chapter; Dr M Fevzi Toksoy, Ertuğrul Canbolat and Hasan Güden at Actecon for the Turkey chapter; and Alexander H Schaefer at Crowell & Moring LLP for the US chapter.

Finally, as ever, we wish you enjoyable reading during these challenging times.

1 Communication from the United States in US – Countervailing Measures on Supercalendered Paper from Canada, WT/DS505/12. In the past such decisions were not announced expressis verbis.

5 See the recent 'White paper on levelling the playing field as regards foreign subsidies COM(2020) 253 final', dated 17 June 2020. This latter concept-law is still in its initial 'blueprinting stage' and has not yet formally translated into a new law. 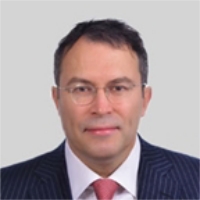 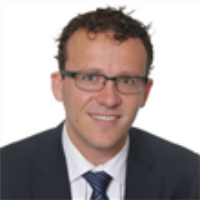