The same applies with regard to the burden of proof. However, the specificities of investment arbitration, with claimants asking for compensation for expropriation and – given the involvement of state parties – a higher incidence of allegations of corruption, have led several tribunals to specifically address the degree of burden of proof in such circumstances.

i Statutory provisions and institutional rules

The discretion of arbitrators is expressly provided for in the various national arbitration laws (lex arbitri) and many institutional arbitration rules. Article 19 of the UNCITRAL Model Law on International Commercial Arbitration provides for the 'Determination of rules of procedure' as follows:

However, many national legislators that do not follow the UNCITRAL Model Law have also made similar provisions, such as Sections 34(1) and (2)(f) of the English Arbitration Act of 1996:

This view is also confirmed by court decisions, in particular in the United States, where courts have repeatedly emphasised the broad discretion of arbitrators in matters of evidence, even in contradiction to domestic evidential rules such as the exclusion of hearsay evidence.3

Article 27 of the UNCITRAL Arbitration Rules 2013 on 'Evidence' provides, inter alia, as follows:

The provisions in Article 25 of the International Chamber of Commerce Arbitration Rules are more extensive in describing the collection of evidence, but do not mention issues related to its valuation:

Article 25: Establishing the Facts of the Case

The International Centre for Settlement of Investment Disputes (ICSID) Rules of Procedure for Arbitration Proceedings (Arbitration Rules) contain more detailed provisions on evidence. After Rule 33 on Marshalling of Evidence, Rule 34 provides for General Principles of Evidence. Its first paragraph states: 'The Tribunal shall be the judge of the admissibility of any evidence adduced and of its probative value'.

The provisions in Rule 34(2) give tribunals the power to call upon the parties to produce documents, witnesses and experts, and to visit any place connected with the dispute or conduct inquiries there, at any stage of the proceedings.4 Rule 34(3) obliges the parties to cooperate with the tribunal in the production of the evidence. Rule 35 addresses the examination of witnesses and experts, with some special rules related thereto in Rule 36. Finally, Rule 37 provides, inter alia, details for visits and inquiries.

Although specific evidentiary rules in arbitration clauses are rare, agreeing to evidentiary or procedural rules with a substantial impact on evidentiary matters and questions is very common when tribunals submit to the parties drafts of specific procedural rules, constitution orders and terms of reference. These documents often contain a reference – of higher or lower obligation on the part of the tribunal – to adhere to the IBA Rules on the Taking of Evidence in International Arbitration (the IBA Rules of Evidence).

Whether with an explicit reference – for example, in an arbitration clause (rare) – or within specific procedural rules or terms of reference (more common), the parties are often (indirectly) agreeing on the application of the evidentiary rules contained in the IBA Rules of Evidence. Article 9(1) thereof on 'Admissibility and Assessment of Evidence' is worded almost identically to Article 27(4) of the UNCITRAL Arbitration Rules: 'The Arbitral Tribunal shall determine the admissibility, relevance, materiality and weight of evidence'.

However, it is generally accepted that, even without any statutory provision or private agreement by the parties, be it on the application of arbitration rules, the IBA Rules of Evidence, or in an arbitration clause or subsequent procedural agreement, tribunals have the implied authority to resolve issues of admissibility, relevance and evaluation of evidence.5

Again, national rules on the admissibility of evidence, such as the exclusion of hearsay or the rule that corporate officers may not testify for their company, are not applicable in international arbitration. Nevertheless, arbitral tribunals may limit the evidence, though they are rather reluctant to do so in practice. They sometimes do so with regard to the testimony of witnesses and experts at evidentiary hearings. In this respect, Article 8(3) of the IBA Rules of Evidence provides as follows:

The Arbitral Tribunal may limit or exclude any question to, answer by or appearance of a witness, if it considers such question, answer or appearance to be irrelevant, immaterial, unreasonably burdensome, duplicative or otherwise covered by a reason for objection set forth in Articles 9.2 or 9.3.

Article 9(2) of the IBA Rules of Evidence gives tribunals, not only at the request of a party, but also on their own motion, the power to exclude from evidence or production documents, statements, oral testimony or inspection for reasons such as the lack of sufficient relevance to the case or materiality to its outcome; legal impediment or privilege; unreasonable burden to produce; compelling commercial or technical confidentiality; or even for compelling grounds of special political or institutional sensitivity.

However, even if arbitral tribunals have the right to exclude evidence under these circumstances, they are hesitant to do so in practice – and even more so in investment treaty arbitration. Arbitrators will avoid excluding evidence that could possibly prejudice a party's right to present its case, with no possibility of appeal on substantive grounds, but also the impression that the tribunal is escaping difficult decisions, in particular in highly political matters.6 For these reasons, arbitral tribunals generally admit evidence rather freely, disregard technical rules of admissibility of evidence – in particular, those known in common law – and focus on assessing the weight of the evidence (i.e., its probative value).

As arbitrators have a duty to render an enforceable award, they risk having their award being challenged in set-aside or enforcement proceedings on the ground of a violation of public policy if they neglected to consider indicia of corruption. If they suspect elements of corruption in the dispute, they should raise this sua sponte and ask for further evidence, based on the ex officio powers inherent to an arbitral tribunal, often also enshrined in procedural provisions such as Article 43(a) of the ICSID Convention or Article 25.4 of the International Chamber of Commerce (ICC) Rules of Arbitration.

Given that admissibility criteria are not often used to exclude evidence, the weighing of evidence by tribunals becomes more important. Most arbitrators consider contemporaneous documents to be the best form of evidence. Witness testimony, unless it has been tested in cross-examination or by an examination of the arbitrators themselves, is usually given less weight. Direct (primary) evidence is usually considered to be more reliable and thus to have more weight than indirect (secondary) or circumstantial evidence. However, a tribunal will look at the reasons why it is impossible for a party to produce direct evidence. Documents may have been lost or destroyed because of armed conflicts or civil unrest.7 In such cases, tribunals will rely on presumptions or inferences, and consider facts proven on the basis of other proven facts or factual knowledge, a series of facts linked together or accepted factual knowledge, such as in the Corfu Channel case of the International Court of Justice.8 However, a presumption or inference may shift the burden of proof to the other party.

Tribunals may also draw negative inferences from a party's procedural conduct, such as not producing documents that should be in its possession or witnesses under its control. However, it is difficult to draw negative inferences in practice, mostly because it is not clear what the inference must actually be. Arbitrators, therefore, usually avoid such situations, particularly in view of the fact that non liquet decisions are not customary in arbitration.9

i Burden of proof

In common law jurisdictions, however, it is an issue of procedural law. The common law distinction that the applicable foreign law must be proven like facts has become less important in arbitration as it is now customary for lawyers from civil law systems to provide extensive arguments on the legal points of their case.

As regards nationality, including dual nationality and foreign control issues, and the ratione personae scope, tribunals traditionally followed the general rule that a party asserting a fact has the burden to prove it.12 More recently, however, as regards nationality issues at the jurisdictional phase of the proceedings, tribunals have begun to differentiate.13 However, so far a general trend to shift the burden of proof for certain nationality issues from the claimant to the respondent cannot be ascertained.

The standard of proof indicates the required degree of proof necessary to show that an assertion of fact has been proven. National laws provide many different definitions of what degree of proof must be met. However, most arbitration laws and institutional arbitration rules do not contain any provisions regarding the standard of proof that must be met. The most common standard in current international arbitration practice is the test of a 'preponderance of evidence' – namely, a fact will be considered as proven if it is more probable than not that it is true (same as 'balance of probabilities'). As with the burden of proof, tribunals should address the standard they apply in their awards.

Lately, the allegation of corruption has become a prominent defence by state parties. It is thus intensely debated whether criminal acts such as fraud, bribery and corruption require a higher standard of proof than the generally accepted standard of balance of probabilities (e.g., 'clear and convincing evidence'). There is no uniform approach. Recently, the propositions of parties to adopt a heightened standard of proof for corruption were rejected.14 Some even advocate for a lower standard (i.e., that, in cases of corruption, a party only needs to establish a prima facie case of corruption and that the burden of proof then shifts to the other party to prove the absence of corruption). However, this would result in the other party having to prove the negative, which it will not be able to do, particularly in corruption cases. Corruption may be proved by circumstantial evidence.15 Red flags are indicators of possible corruption, but do not by themselves prove corruption.16 A causal link between such flags and the actual events must be proven.

It is sometimes argued that, for the quantum of damages, a different, mostly lower, standard of proof applies, not least because this may be the case under certain civil law provisions. This does not apply generally in arbitration. However, there are other, contractual, situations where the burden of proof or the standard of proof to be applied for the calculation of damages may change. Contractual provisions (e.g., liquidated damages clauses or penalty clauses) may lead impliedly to a different allocation of the burden of proof. With liquidated damages clauses, the claimant only needs to prove the breach by the other party and the existence of the damage, and not the quantum of the damage. This is different from penalty clauses, where the claimant only needs to prove the breach, but the respondent then has the burden of proof to show that the penalty is excessive.

Quantifications of damages are always discretionary. Tribunals may not apply rules of burden of proof and standard of proof in such a way to either award damages or not. Rather, with the assistance of the parties and experts, tribunals have to assess the damages on their own, and thus the compensation to be paid.

2 IBA Rules on the Taking of Evidence in International Arbitration of 29 May 2010.

4 Rule 34(2) has largely the same content as Article 43 of the ICSID Convention.

10 Such as in Article 97 of the Swiss Code of Obligations. 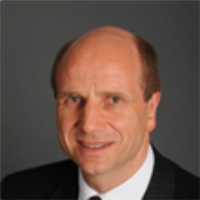