i Expropriation in general

Expropriation is generally understood as the host state's taking of property belonging to a foreign investor. Expropriation itself is not illegal per se but rather deemed as an exercise of the state's fundamental right of territorial sovereignty,2 while conditions of expropriation are imposed by a variety of sources including domestic laws, investment agreements, as well as customary international law.

The term 'expropriation/expropriate' under international investment agreements (IIAs) is often used alongside the term 'nationalisation/nationalise'.5 Some IIAs also adopt the terms 'dispossession',6 'requisition'7 or 'depriving'8. While terms of expression are slightly different, almost all IIAs contain an expropriation provision of which the main idea is to provide guarantees for foreign investors against unlawful taking of their investments, and the variety of the used terms hints at a sense of flexibility as to the application of the expropriation provision.9

ii The object of expropriation

As mentioned above, expropriation itself is not unlawful under public international laws. It is generally accepted that a lawful expropriation must fulfil the following criteria: (1) the measure was adopted for a public purpose/interest; (2) in a non-discriminatory manner; (3) in accordance with due process of law; and (4) against the payment of compensation.14 The vast majority of IIAs also adopt the above-mentioned requirements in defining a lawful expropriation.15

The predominant applicable law dealing with the dispute of expropriation between the investor and the host state is the investment treaty in question. As to the role of domestic law in an expropriation dispute, it is generally recognised that the domestic law deals with the individual investor's property rights (i.e., the 'investment').18 Public international law, on the other hand, does not create property rights but rather provides protections to such rights created by the municipal law.19 In short, domestic law decides the existence of the object of the expropriation, and the public international law, including the investment treaty in question, decides the lawfulness of the taking.

Moreover, when assessing the legitimacy of the measure taken by the state, as elaborated upon in Section I.iii, the expropriation provision may refer to domestic laws or legal procedures of the host state when setting the standard of due process requirement. However, one should note that the measure's legality under domestic law is not necessarily sufficient for the state to justify its action under international law.20

Direct expropriation is a measure taken by a host state that directly removes the investor's legal title over the investment or physically seizes the property.21 It was pointed out by the tribunal in Telenor Mobile v. Hungary that 'Nowadays direct expropriation is the exception rather than the rule, as States prefer to avoid opprobrium and the loss of confidence of prospective investors by more oblique means'.22 Scholars also agree with this opinion.23

Most IIAs do not explain the meaning of expropriation, whether direct or indirect, while some new generation investment treaties change the situation by attempting to provide a definition for expropriation. For instance, in its Annex B, the US–Uruguay BIT defines 'direct expropriation' as 'where an investment is nationalised or otherwise directly expropriated through formal transfer of title or outright seizure',24 with both parties' recognition that such definition falls within their understanding of 'customary international law'.25 The term 'formal transfer of title or outright seizure' is also adopted in a series of investment agreements entered into by the European Union (EU) with other countries.26

Although ways of expressions differ in different IIAs, direct expropriation is invariably prohibited, unless the conditions for a lawful expropriation are met (see Section I.iii).

Transfer of title in favour of the host state is the typical scenario of direct expropriation.27 The Tribunal in Sempra v. Argentina,28 for example, stated that 'there can[not] be a direct form of expropriation if at least some essential component of the property right has not been transferred to a different beneficiary, in particular the State'.29 The tribunal found no direct expropriation existed because while the rational management was affected because of the government's policies, the investors and the licensee companies were still the rightful owners of the companies and business.30

For instance, Quiborax v. Bolivia deals with claims arising out of the revocation via a Presidential Decree of 11 mining concessions allegedly owned by the investor. Referring to the previously decided case of another tribunal in Burlington v. Ecuador, the tribunal in Quiborax held that a direct expropriation must entail a permanent deprivation of property that amounts to a forcible taking or transfer to the state while it cannot be justified by the doctrine of police powers.31 Consequently, the tribunal in Quiborax found that the Decree revoking the mining concessions constituted a direct expropriation because it had the effect of physically transferring the title of the concessions to the state and involved permanent nature,32 and the measure in question cannot be justified as an exercise of state's police powers because it failed to comply with the due process.33 Another example is South American Silver v. Bolivia. The tribunal, in that case, found that the reversion of the mining concession held by a company that was indirectly owned by the investor to the original ownership of the Bolivian government constituted a direct expropriation.34

As to the relevant time point, direct expropriation takes place at the time of the transfer or annulment of the legal title.

Though investment treaties generally do not further divide indirect expropriations into subcategories, some forms have been considered and identified by investment tribunals.

Some recent Chinese IIAs45 and IIAs concluded between the EU and other non-EU countries46 also adopt similar approaches.

Some most recent treaties, for instance the EU investment agreements, have moved even further, adopting significant efforts carving out regulatory space while providing investment protection. The EU–Singapore Investment Protection Agreement (2018), for instance, explicitly provides that the mere fact that a party regulates in a manner that negatively affects an investment or interferes with an investor's expectations does not constitute a breach of the agreement.47

Investment tribunals have been called to rule on various measures in alleged indirect expropriations, including: tax measures,48 measures restricting import and export,49 measures regulating currency and tariffs,50 measures regulating environment and health,51 rules on licences52 and judicial conducts53. It is generally accepted that wide range of measures, be it legislative, regulatory, or even judicial, could be potentially capable to indirectly expropriate an investment.

However, some tribunals, echoing trends to safeguard host states' right to regulate and concurrent with the developments of IIAs, have incorporated extra elements aside from the 'substantial deprivation' and applying more comprehensive tests for indirect expropriation; for instance, (1) a foreign investor is deprived of the control over the investment; (2) deprivation must be permanent; (3) the measure interferes with the investor's reasonable expectations; (4) the measure must not be justified by the police powers doctrine; and (5) the state's action is obviously disproportionate to the need being addressed.58 Though the above elements and tests are combined on a case-by-case basis, 'substantial deprivation' is always considered a primary factor.

Following the above investor–state dispute settlement development, investment tribunals have come up with two doctrines when considering whether a regulatory measure constitutes an indirect expropriation: the sole-effects doctrine, which requires that reference be made only to the effect of the measure on the property; and the police powers doctrine, which requires global assessment of the measure's purpose, context and nature.59 Under the latter doctrine, indicators of the expropriatory nature of a regulatory measure may include lack of genuine public purpose, of due process, of proportionality, and of fair and equitable treatment; discrimination, abuse of rights and direct benefit to the state.60

1 Qing Ren is a partner and Zheng Xu and Shuang Cheng are associates at Global Law Office.

11 See the chapter 'Covered Investment' by Can Yeğinsu herein.

14 See, e.g., UNCTAD, Expropriation: A Sequel, 2012, p. 27; Dolzer and Schreurer (see footnote 2), pp. 99–100. Dolzer and Schreuer note: 'The expropriatory measure must be accompanied by prompt, adequate, and effective compensation.', while it is noteworthy that some IIAs do not refer to the requirement of 'adequate'.

17 See, e.g., World Bank Guidelines on the Treatment of Foreign Direct Investment, IV (3): 'Compensation will be deemed “adequate” if it is based on the fair market value of the taken asset as such value is determined immediately before the time at which the taking occurred or the decision to take the asset became publicly known.'; ECT, Article 13; Japan–UAE BIT (signed on 30 April 2018), Article 12.

21 UNCTAD defines direct expropriation as ' . . . a mandatory legal transfer of the title to the property or its outright physical seizure. Normally, the expropriation benefits the State itself or a State-mandated third party.'

23 Christoph Schreuer, the Concept of Expropriation under the ECT and other Investment Protection Treaties (revised 20 May 2005), p. 3; Dolzer and Schreuer (see footnote 2), p. 101.

27 See, Dolzer and Schreurer (see footnote 2), p. 101, note 'the difference between a direct or formal expropriation and an indirect expropriation turns on whether the title of the owner is affected by the measure in question'.

28 Sempra Energy International v. Argentine Republic, ICSID Case No. ARB/02/16 (2007). The award was later annulled by an ICSID ad hoc committee because of the tribunal's failure to interpret and apply Article XI (defence of necessity) of the US–Argentina BIT but collapse it into the stricter notion under customary international law.

30 The tribunal also mentions that a transfer of property and ownership requires positive intent.

46 For instance, the Comprehensive Economic and Trade Agreement between Canada and the European Union (2016), Annex 8-A, para. 2. Notably, under this Agreement, investment tribunals are required by contracting states to take into consideration, aside from factors similar to those in the US Model BIT, the 'duration of the measure or series of measures of a Party'. Also, when considering the character of the measure or series of measures, investment tribunals are required to consider, in particular, the measures' 'object, context and intent'.

47 Investment Protection Agreement between the European Union and its Member States, of the one part, and the Republic of Singapore of the other part, adopted on 19 October 2018, Article, 2.2(2). 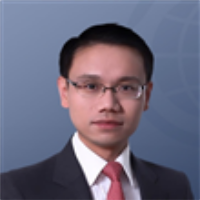