i Legislative and regulatory regime

The Cayman Islands are a British overseas territory of the United Kingdom. They were also a dependency of Jamaica for administrative purposes between 1863 and 1962. Cayman law is therefore a common law system largely based on English common law and statutes, with some influences from Jamaica.

The legal system has not diverged far from that of England and Wales. Many of the divergences are a result of the Cayman Islands being an international financial centre (IFC). Companies and partnerships established in IFCs are commonly used in structuring financial transactions, including Islamic finance transactions. Accordingly, many of the divergences between Cayman and English laws have arisen because of the Cayman Islands' legislature's desire to facilitate, and provide confidence around, financial transactions. For example, there is no restriction on a Cayman company giving financial assistance for the purposes of the acquisition of its own shares or shares of a holding company.

The relevant legislation is summarised below.

Banking business is a regulated activity. Section 2 of the Banks and Trust Companies Law (2020 Revision) (Bank Law) defines banking business as 'the business of receiving (other than from a bank or trust company) and holding on current, savings, deposit or similar account money that is repayable by cheque or order and may be invested by way of advances to customers or otherwise'.

While Section 17(1)(a) of the Bank Law states that it is the duty of CIMA to maintain a general review of the banking practice, Cayman statute does not regulate the type of banking products that can be offered by licensee banks. Accordingly, there is no regulation in relation to Islamic banking products.

The Securities Investment Business Law (2020 Revision) (Securities Law) provides for the regulation of persons carrying on securities investment business, including market makers, broker-dealers, securities arrangers, securities advisers and securities managers in or from the Cayman Islands.

Securities are broadly defined in Schedule 1 of the Securities Law as including:

Regulated activities are set out in Schedule 2 of the Securities Law and include:

No distinction is made in the Securities Law between Islamic securities and other securities.

In relation to the specific issue of the offering of securities:

Again, there is no distinction between Islamic securities and other types of securities.

Engaging in insurance business is also a regulated activity. Section 2 of the Insurance Law 2010 defines insurance business as 'the business of accepting risks by effecting or carrying out contracts of insurance, whether directly or indirectly, and includes running-off business including the settlement of claims'.

The Insurance Law gives CIMA the responsibility of regulating insurance business in the Cayman Islands. This includes licensing, ongoing supervision and enforcement. The day-to-day regulatory oversight of the sector falls to CIMA's insurance supervision division.

Similarly to the Bank Law, the Insurance Law focuses on the licensing requirements for insurers and their continued monitoring (particularly in relation to capital requirements, solvency, reporting and risk management).

Also similarly to the Bank Law, the Insurance Law does not stipulate what insurance products (be they Islamic or otherwise) a licensee may provide. However, Section 23(1) of the Insurance Law does state that CIMA may direct a licensee, in relation to a policy, a line of business or the licensee's entire business, to refrain from conduct that constitutes unsafe or unsound practice.

There are two principal pieces of legislation in relation to investment funds and whether such investment funds need to be registered or licensed with CIMA – the Mutual Funds Law (2020 Revision) (MF Law) and the Private Funds Law 2020 (PF Law). Both laws apply to fund entities that are incorporated or established in the Cayman Islands.

In general terms, the MF Law applies to open-ended funds whose interests are redeemable at the option of the investor and that do not qualify or elect for exemption or other exclusion. We shall refer to funds to which the MF Law applies as mutual funds. As a general rule, mutual funds tend to be hedge funds and in the form of a Cayman exempted company.

Under the MF Law, a mutual fund must not carry on business in or from the Cayman Islands unless registered with CIMA. There are four categories of registrable mutual funds:

The MF Law also imposes on registered funds a number of continuing obligations, including:

If CIMA is satisfied that a registered fund:

The MF Law applies equally to Islamic and non-Islamic funds. However, the majority of Islamic funds tend to be closed-ended private equity or property funds, which are structured either as exempted limited partnerships or exempted companies to which the PF Law applies.

With the introduction of the PF Law, close-ended funds (i.e. funds that offer non-redeemable investment interests) are also registrable with CIMA. The result is that, with some limited exceptions, all fund vehicles that are incorporated or established in Cayman need to be registered with CIMA.

In addition to the requirement to register, the PF Law imposes on registered funds a similar set of continuing obligations as those set out in the MF Law.

As discussed in Section I.i, CIMA is the principal regulator in the Cayman Islands. As discussed above, each governing statute gives CIMA certain powers in relation to the particular regulated sector and lists the measures that CIMA may take, as regulator. CIMA's principal functions are set out in the Monetary Authority Law (2018 Revision). Its regulatory functions not only include regulating and supervising financial services business, but also monitoring compliance with money laundering regulations. In August 2017, CIMA published a revised regulatory handbook that sets out the policies and procedures to be followed by CIMA. In particular, the handbook describes the policies and procedures for giving warning notices to persons affected adversely by proposed actions of CIMA; giving reasons for CIMA's decisions; and receiving and dealing with complaints against CIMA's actions and decisions.

The handbook further states that CIMA is to have due regard to international standards governing banking, insurance and securities supervision.

The handbook is binding on all CIMA's committees and officers.

Also worthy of mention is the Cayman Islands General Registry. The primary function of this government department is to develop and implement policies and procedures for all registers under its administration to ensure their continued effective contribution to the financial services industry and the public. The registers maintained by the General Registry include the register of Cayman companies and Cayman partnerships. As discussed below, Cayman companies and partnerships are widely used in Islamic finance transactions.

As described in Section I.i, the Cayman Islands is an international financial centre. The benefits of companies incorporated in IFCs have been well documented, including:

Specifically, the Cayman company is set up as an 'orphan' special purpose vehicle (SPV). The company is referred to as an SPV because it is formed solely for the purpose of the relevant financing transaction. The SPV is referred to as an orphan because the beneficial interest in the shares of the SPV, rather than being held by a parent company, is held by a trustee (either pursuant to a charitable trust or Cayman STAR Trust)2 for charitable or other specific purposes. As a result of the trust structure, the SPV is not part of the company group that is the ultimate borrower in the financing transaction. In that way, in the event of the insolvency of the borrower, a court is unlikely to find that the SPV should be included within the assets of the borrower's insolvent estate. The SPV is also made bankruptcy-remote under its constitutional documents or the transaction documents, or both, because it is prohibited from undertaking any activities other than the financing transaction. In that way, the SPV is unlikely to be liquidated, with a view to the transaction remaining intact and the lenders being repaid.

As discussed in in Section I.i, both open-ended and close-ended funds are typically regulated by CIMA. Open-ended funds are usually hedge funds established in the form of Cayman exempted companies.

On the other hand, closed-ended funds (i.e., funds whose interests are not redeemable at the option of investors) typically include private equity and property funds and are often established as Cayman exempted limited partnerships (ELPs) under the Exempted Limited Partnership Law 2018.

The structure of an exempted limited partnership is essentially as follows:

The Cayman ELP is one of the most commonly used investment vehicles in the world, both for Islamic and non-Islamic funds. Islamic funds are established in compliance with applicable shariah principles. For example, an Islamic fund may only invest in industries or properties that comply with Islamic law, but will be established using an ELP, similarly to a conventional fund.

As the area is an IFC, there is little taxation. The Cayman Islands have no form of income or capital gains tax; nor do they have any estate duty, inheritance tax or gift tax. Where transaction documents are executed in, or taken into, the Cayman Islands, stamp duty will generally be payable. In most cases, the stamp duty will be nominal. However, ad valorem stamp duty will be payable where a transaction involves a transfer of, or security over, Cayman real property or shares in a Cayman company that holds Cayman real property. In relation to transfers, stamp duty is payable at a rate of 7.5 per cent on the purchase price or market value of the property, whichever is higher. In relation to security, stamp duty is payable on a sliding scale of 1 to 1.5 per cent depending on the amount secured by the mortgage. The Cayman Islands is not party to any double tax treaties. The tax position is the same for both Islamic and other types of finance transactions.

A scheme of arrangement requires the sanction of the Grand Court for it to be binding on the company and its creditors.

In relation to liquidation proceedings, a company may be wound up:

The insolvency regime is friendly to creditors in a number of ways:

The Cayman Islands (Constitution) Order 2001 establishes the Grand Court, the Court of Appeal and an independent judiciary. The Grand Court has five divisions to manage cases: the Admiralty, Civil, Criminal, Family and Financial Services. The majority of commercial cases are held in the Financial Services Division.

The Court of Appeal sits as a three-judge bench. Final appeal lies to the Judicial Committee of the Privy Council, in London.

In the absence of specific Cayman decisions, relevant decisions of the superior courts of England and Wales and of the countries of the Commonwealth, while not strictly binding, are highly persuasive. There have been no significant cases in relation to Islamic finance products or structures.

There has been a recent development in Cayman law that may affect the type of Cayman entity used in Islamic finance transactions: the Limited Liabilities Companies Law 2016 has created a new class of Cayman entity – a limited liability company (LLC), which is similar to a Delaware limited liability company. Going forward, these LLCs may be used as hedge fund vehicles, orphan SPVs or as GPs of ELPs, rather than Cayman exempt companies, particularly where transactions are structured in jurisdictions that are familiar with Delaware LLCs. The advantages of an LLC include flexible treatment of profits and losses free from capital maintenance rules and the ability to stipulate, in the LLC agreement, that a person appointed to the board by a particular member may act in the interests of that member, rather than the LLC.

1 Anthony Oakes is a partner at Ogier.

2 A STAR Trust is a form of statutory trust that can be established for persons or purposes (charitable and non-charitable) or both. The STAR Trust statutory provisions only apply where the trust instrument expressly states that they are to apply. 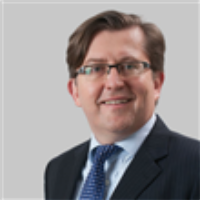 Explore all chapters on Cayman Islands