Other legislation which forms a part of the statutory framework governing labour and employment disputes in the Bahrain includes Law No. 19 of 2006 with regard to the regulation of the Labour Market (the LMRA Law) and the Social Insurance Law (No. 24 of 1976 and its amendments) (the SIO Law).

Although other legislation is relevant to the employment and labour framework in Bahrain, as the main legislation is the Labour Law, this article will primarily focus on the provisions and of this law and its application.

In general, the employment and labour law framework is more favorable towards employees, as Article 4 of the Labour Law provides that any condition or agreement in violation of the provisions of the law shall be deemed null and void, if it prejudices the rights of the employees specified in it. The article further states that the better benefits or conditions which are decided under the employment contract or regulations at the establishment remain applicable.

In addition, a clause in an employment contract that imposes an obligation, which is more burdensome on the parties to the contract than a provision in the Labour Law, will generally only be binding on the employer and not the employee. For example, under Article (99)(a) of the Labour Law either party to the contract may terminate the contract following the notification of the other party at least 30 days before the date of the termination. However, the article further states that if the labour contract is terminated by the employer, an agreement may be made for increasing the notice period to more than 30 days. Therefore, a clause which specifies a longer termination notice period will be binding on the employer but not on the employee, who will still be able to terminate the contract by giving the 30 days' notice.

Either the employer or the employee may raise an employment dispute to the Authority for the Settlement of Individual Labour Disputes (the Authority), which is charged with the role of amicably settling individual labour disputes submitted between the employer and employee with the approval of both parties before resorting to the judiciary. If the dispute is settled by the Authority then the parties will sign the minutes, which can then be enforced directly by the parties before the Court of Execution.3

Alternatively, the employer or employee can raise a claim by submitting a statement of claim to the Labour Disputes Directorate (the Directorate).4 The judge in charge of the Directorate shall then have a maximum of two months to review the statement of claim, which may be extended for an additional two months.5 The judge shall then draft a report including the facts of the action, the pleas and defences and evidence on which the parties relied on, as well as his or her opinion.6 The judge shall then propose to the parties to settle the dispute pursuant to his or her report.7 If the parties agree, the settlement shall be evidenced in minutes and can then be enforced directly by the parties before the Court of Execution.8

In Bahrain, the main types of disputes which employees file against their employers are generally those related to unfair dismissal claims, leave entitlement claims, overtime payment claims, and claims for compensation for medical, retirement or other reasons.

Several decisions were issued during the course of 2020 to put into effect and supplement certain provisions of the Labour Law. Some of these decisions were specific to Bahrain's covid-19 response; for example, the use of electronic platforms in court proceedings was introduced.

It identifies examples of areas that may be negotiated between an employer and its employees by way of collective bargaining; these areas include working hours and overtime, paid leave days, benefits, and performance-based incentives.24

Decision No. 45 of 2020 issued by the Minister of Justice, Islamic Affairs and Waqf (the Minister of Justice) sets out the procedures in individual employment disputes. Employment claims may be raised by filing a statement of claim in person before the Directorate or by filing the statement of claim electronically to the Directorate.25 Pleadings, supporting documents and judicial requests can now be submitted electronically and notices to the parties regarding hearing dates and case documents are shared electronically.26 The decision further allowed the High Civil Court to inform the parties of its decision using an electronic platform.27

Similar measures were adopted in proceedings before the Court of Cassation in the Minister of Justice's Decision No. 46 of 2020. This decision permits the use of electronic means in relation to pleadings, supporting documents, notices, requests, and judgments of the Court of Cassation.28 An electronic platform on the Information and Electronic Government Authority's website (www.iga.gov.bh) was established to be used by the parties to the dispute and the relevant judicial authorities in the course of employment disputes.29

In terms of labour dispute-related case law, the Court of Cassation has considered new questions in relation to employment disputes that were presented before the court for the first time.

In Appeal No. 102 of 2019, the Court of Cassation addressed the enforceability of a probation period exceeding three months. The claimant in the appeal was dismissed five months into the term of the employment agreement without reason or notice period. The High Civil Court found that the employer was entitled to terminate the agreement during the probation period and therefore ordered the employer to pay compensation in lieu of a one-day notice period. Upon appeal by the employee, the Court of Cassation found that an extension of the probation period to six months was unlawful under Article 21 of the Labour Law, and therefore the employee was found to have been unfairly dismissed and entitled to compensation.31

i Use of electronic means in judicial proceedings

There has recently been a significant shift towards the use of electronic means in relation to the submission of certain documents by the parties to a dispute to the courts and relevant authorities. However, there are still some areas where the courts and relevant authorities cannot exclusively rely on electronic means. For example, although the majority of pleadings and supporting documents can now be filed electronically, the courts still require witness testimonies to be made in person.

Therefore, based on the above, the use of electronic communication will likely progress to include a wider scope of application and the reliance on physical documents will continue to decrease.

We are of the view that as more judgments are issued regarding the above scenario, employees will become more aware of this requirement and will take steps to ensure that they have a valid work permit prior to entering into an employment contract.

Owing to restraints imposed on businesses as a result of the covid-19 pandemic, some businesses have sought to reduce their financial liability by relying on certain provisions in the Labour Law to terminate or reduce the salaries of their employees.

For instance, employers have sought to rely on Article 109 of the Labour Law that allows employers to terminate the employment contract based on the employees performance. Under this Article, the employee may be terminated due to their limited or lack of competence, provided they are given the opportunity to reach the required level of competence (during a period of at least 60 days).

Employers have also relied on Article 110 of the Labour Law to terminate employment contracts. This Article provides that the employer may terminate employment contracts as a result of the total or partial closure of the establishment, downsizing of activities, replacement of the production system by another in a way that affects the number of the workforce. An employee who is terminated under Article 110 will be entitled to half the compensation specified under Article 111 of the Labour Law.

In addition, some employers have chosen to rely on Article 43 of the Labour Law to reduce the wages of their employees. Article 43 states that if an employee is available to perform his or her work at the workplace but is prevented from doing so owing to force majeure beyond the employer's control, the employee shall be entitled to half of his or her wage.

The reliance of employers on the articles referred to above will likely be disputed by their employees and may give rise to a significant amount of litigation in the future.

1 Ahmed Alfardan is a senior associate and Maryam Kamal and Nadia AlJaber are associates at Newton Legal Group. 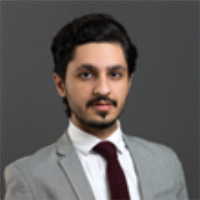 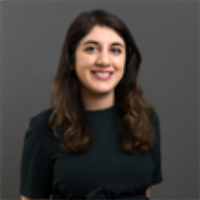 Explore all chapters on Bahrain