In addition, the Civil Procedure Law, the Law on Mediation and Arbitration of Labour Disputes and relevant judicial interpretations set out detailed provisions on the procedural aspects of labour dispute resolution.

The arbitration tribunal shall be composed of three arbitrators, although simpler cases may be arbitrated by one arbitrator.

The hearing of a labour dispute case normally includes five stages: (1) the applicant's statement on the claims and facts; (2) the respondent's answers; (3) adducing the evidence and cross-examination; (4) the arbitrator's inquiry; and (5) the debate. The arbitral tribunal will mediate before making an award. It will render the award within 45 days of the date on which the labour dispute arbitration commission accepts the arbitration application.

There are also special procedures of dispute resolution for a special type of employment contract. China's labour law provides for a collective negotiation system, through which the labour union or the employee representatives may enter into a collective contract on behalf of all employees with the employer, agreeing on labour remuneration, working hours, leave and holidays, labour safety and hygiene, insurance and welfare and other related matters. Concluded collective contracts should be submitted to the labour administrative authority, and will only come into force where the labour administrative authority raises no opposition within 15 days of receipt of the contracts. A collective contract lawfully concluded will have binding force on both the employer and the employees.

If a dispute arises in the course of collective negotiation and cannot be resolved by the parties through consultation, each or all parties may apply in writing for the administrative department of labour security to coordinate a resolution of the dispute. The administrative department of labour security shall bring together the relevant personnel from three sides, such as the labour union and the enterprise organisation, at the same level to jointly coordinate a resolution of the dispute. If there is a dispute about the implementation of a collective contract, an application may be filed with the labour dispute arbitration commission to seek arbitration under the law. The resolution procedure is basically the same as that of individual labour disputes.

According to the Law on Mediation and Arbitration of Labour Disputes, disputes that arise between employers and employees within the territory of China mainly fall within one of the following categories:

Notably, since January 2021, 'protection of personal information' and 'liability for damage caused by sexual harassment' have been added as new causes of action for civil cases and it will be interesting to see whether more employee personal rights cases will arise.

As a result of the covid-19 pandemic and the overall recession, the number of labour disputes has been increasing continuously over the past year. High people's courts and labour and social security authorities of Beijing, Shanghai, Tianjin and Guangdong have issued guidelines for the handling of labour disputes related to the covid-19 pandemic; regulating the handling of pandemic-related cases; and answering frequently asked questions, so as to unify the law enforcement standards for the arbitration and trial of labour dispute cases during the pandemic in a fair and efficient manner.

In addition to the 'traditional' disputes (i.e., labour remuneration, termination, and work-related injury), the number of cases about non-compete, confidentiality, employee stock rights and senior employee disputes is increasing significantly and these cases often involve many topical and complex issues. For example, on 4 December 2020, Beijing No. 1 Intermediate Court published its Ten Typical Labour Disputes Involving Management Personal. It is reported that, from 2015 to 2020, Beijing No. 1 Intermediate Court concluded 122 labour disputes involving management personal. Features of these labour disputes could be summarised as follows: litigation claims were diverse; subject matters concerned were of relatively high amount; management personal performed better in court than ordinary employees; quite a number of employers involved are from emerging industries; and cross-application of laws.

In cases arising from unilateral termination by an employer owing to an employee's gross misconduct, the employer bears a heavy burden of proof as required by the legal provisions and in judicial practice, which puts the employer at a great risk of losing the case. For example, aside from having to prove the employee's conduct, the employer is required to have written internal rules or regulations that specify that such conduct of the employee renders the employer the right to unilaterally terminate the employment contract. Besides, during the course of formulating their rules and regulations, employers must follow the legal procedures for seeking advice from employees or labour unions, announcing the rules and regulations, and keeping employees informed. In recent cases, courts and arbitral tribunals have paid more attention to good faith and the professional ethics of the employees, and if an employee is proved to have committed gross misconduct, courts and arbitral tribunals were inclined to uphold the employer's unilateral termination.

In July 2020, the General Office of the State Council issued measures for flexible employment through multiple channels, including proposals that:

National and local employment policies will need to be adjusted in response to any developments in the covid-19 pandemic and this will indirectly affect the rules of adjudication of labour disputes in judicial practice. Owing to the economic recession and increasing disputes about senior employees with enhanced employment bargaining power, the judicial interpretation may also reflect the shift from inclined protection of employees to 'balancing the interests between employers and employees', which has been evident in some labour disputes in recent years.

Given that the competition between enterprises for talent and technology is increasingly intense, dispute cases involving trade secrets and competition restrictions will continue to increase. These types of disputes involve many practice areas, including labour law, competition law, intellectual property law and criminal law, and the handling of cases in these areas is relatively complex.

The combined effects of the covid-19 pandemic, the tense China–United States trade relationship and the economic recession, mean that enterprises need to make adjustments against greater risks of bankruptcies, liquidations, closures and business relocations. But, at the same time, business strategy adjustments may lead to staff redundancies or reorganisations. As a result, the number of collective dispute cases relating to staff redundancy placements is highly likely to increase.

2 From the data published by the National Bureau of Statistics of China, available at https://data.stats.gov.cn/easyquery.htm?cn=C01&zb=A0S05&sj=2020 (in Chinese only). 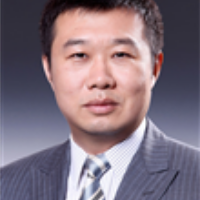 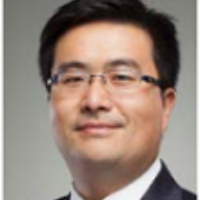 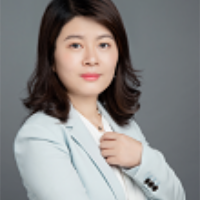 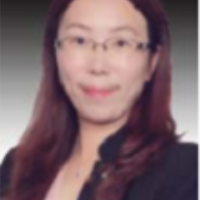 Explore all chapters on China