I was delighted to be invited to be the editor for The Labour and Employment Disputes Review for another year. This follows on from my move at the start of the year from Mayer Brown to become part of the 60-person employment team at Keystone Law. A number of my new colleagues have contributed to the UK chapter, primarily Alexandra Carn, Emma Clark, Fiona MacDonald and Rachel Tozer, for which I am very grateful. I would also like to record my thanks to Mayer Brown since they kindly consented to us using the previous version of the UK chapter as our starting point for this year's annual review, to maintain consistency of approach.

It is clear that one story above all others dominates employment law during 2020. The pandemic has changed the way we work and the way we think about work, and has caused employers and employees alike to focus on aspects of the working relationship that have traditionally received relatively little attention. For example, for many employees, health and safety at work was something that operated invisibly, and which employees/workers (rightly or wrongly) took for granted. Clearly this was not the case in all industries but, in precarious jobs in the gig economy, employees had only the lightest touch protection and the very low risk of facing enforcement by the health and safety authorities meant that some businesses did not feel the need to focus extensively on health and safety unless and until something went badly wrong.

That has clearly altered. Health and safety is now top of the agenda for employers and employees alike and will remain there for the foreseeable future. In the UK we have seen a test case extending the ambit of health and safety legislation to workers. The need to provide urgent protection to workers who were compelled, out of economic necessity, to carry on working during the pandemic meant that it was worth a trade union bringing a test case to prove that the UK's legislation in this area was deficient. It is notable that the legislation in question had been on the statute books for many years without being challenged, although the deficiency was well recognised.

Similarly, the European Union's framework directive on health and safety matters protects employees and workers who take steps to avert a serious and imminent danger at work, or who absent themselves from work because of serious and imminent danger. In particular, the employee must not be subjected to any detriment by the employer as a result of taking such action or staying away from work. It is clear that this is going to raise very difficult issues. What is to happen to an employee who is healthy but who considers that the employer's working practices or premises entail an unacceptable risk of catching the virus? What happens if an employee or worker is living with someone who is clinically very vulnerable, but the employee is required to go back to work by the employer? It is relatively clear, in the UK at least, that the right applies to actions by the individual to protect themselves or to protect 'other persons' from the danger, and there is no need for those 'other persons' to be colleagues. 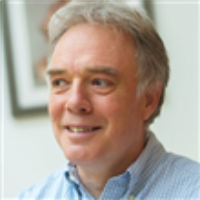