Banks play a fundamental role as intermediaries in the financial market by taking deposits and providing lending to utilise the funds from the general public to finance valuable production and other investment activities. According to the statistics of the Financial Supervisory Commission (FSC), the banking industry regulator in Taiwan, as of January 2021, the total amount of loans provided by Taiwanese banks was approximately NT$33.17 trillion, an increase of 6.23 per cent from January 2020.The increase in the loan amount could have resulted from the covid-19 relief programme announced by the Ministry of Economic Affairs (MOEA) for Taiwanese enterprises and small businesses impacted by the covid-19 pandemic. As of 31 December 2020, the aggregate amount of guarantees approved by the MOEA under said programme was NT$321.719 billion and the loan amount was NT$384.47 billion. As to the Taiwanese syndicated loan market, due to the need for syndicated loans granted under the covid-19 relief programme, the government-owned or managed local banks dominated the local syndicated loan market. In 2020, Bank of Taiwan, MEGA International Commercial Bank, Taiwan Cooperative Bank, First Commercial Bank and CTBC Bank Co, Ltd are the top five banks providing syndicated loans in Taiwan. Except for CTBC Bank Co, Ltd, the other four are government-owned or managed local banks.

Article 205 of the Civil Code used to provide that any portion of interest in excess of 20 per cent per annum is unenforceable. That is, the interest stipulated in a loan agreement or any other contractual arrangement was subject to a cap of 20 per cent. However, if the borrower voluntarily paid the interest exceeding that amount, the lender was entitled to receive this interest. Taiwan's Legislative Yuan passed an amendment to Article 205 of the Civil Code on 20 January 2021, pursuant to which the interest rate cap is lowered from 20 per cent to 16 per cent. This amendment will take effect from 20 July 2021.

Moreover, some of the tax treaties provide an exemption from income tax withholding for interest payments. For example, the Netherlands–Taiwan Tax Treaty provides that the interest paid in respect of a bond, debenture or other similar obligation of a Taiwanese public entity, or of a subdivision or local authority of Taiwan, should be taxed only in the Netherlands.

No notarisation or stamp duty is required for the creation of a security interest over different types of assets such as a:

To prevent US taxpayers who hold financial assets in non-US financial institutions and other offshore accounts from avoiding their tax payment obligations, the Foreign Account Tax Compliance Act (FATCA) generally requires foreign financial institutions to enter into agreements with the Internal Revenue Service (IRS) to identify US accounts, and report certain information about those accounts and investments held by US taxpayers to the IRS on an annual basis. If they fail to enter into such agreements to report US accounts, they will face a 30 per cent withholding charge. In 2014, the FSC announced that Taiwan is recognised by the United States as a jurisdiction having 'agreement in substance' status in respect of FATCA. This status allows Taiwanese financial institutions to be exempted from the 30 per cent withholding tax on incomes from the United States.

Taiwan and the United States signed an intergovernmental agreement of FATCA (IGA) on 22 December 2016, and the IGA is pending the review and approval of the Legislative Yuan. After the IGA takes effect, the IRS may request the Taiwanese competent authority to provide detailed information of the recalcitrant accounts.

The security to be created over machinery or equipment may be a pledge or a chattel mortgage. Both security interests give the security interest holder first priority over the machinery and equipment. To create a pledge, the pledgor and the pledgee have to enter into a written agreement, and the pledgor should deliver the possession of the machinery and equipment to the pledgee, but a registration with the competent authority is not required. To create a chattel mortgage, the mortgagor does not need to deliver the possession thereof to the mortgagee; however, a registration with the competent authority will be necessary for the mortgagee to claim the chattel mortgage against a bona fide third party.

ii Guarantees and other forms of credit support

A guarantor may refuse to perform the guaranteed obligations until the compulsory execution against the property of the borrower proves to be futile (i.e., the lender must seek payment from the principal debtor first); provided, however, that the guarantor may waive (and in practice must waive as required by a lender) this defence (i.e., beneficium ordinis) in advance. In practice, a guarantor is normally required to act as a joint guarantor (i.e., jointly and severally liable with the borrower for the loan), so the lender may commence concurrent legal action against both the borrower and the guarantor.

Security interests, such as a pledge and a mortgage, will have priority over other claims or rights of the borrower's creditor unless otherwise provided by mandatory provisions of laws. The sale proceeds of the mortgaged or pledged property in a court compulsory execution proceeding will be allocated and distributed in accordance with the following order:

i Limitations for foreign companies on taking security

Notwithstanding the above, in connection with aircraft financing, the Civil Aeronautics Administration has been of the opinion for decades that aircraft can be validly mortgaged to a foreign legal entity without having a branch office in Taiwan. Moreover, the Harbour Bureau customarily will permit a foreign lender without a branch in Taiwan to be registered as a mortgagee in connection with ship financing.

According to the Company Act, a company shall not lend to any shareholder of the company or any other person except: (1) where an intercompany or interfirm business transaction calls for such a lending arrangement; or (2) where an intercompany or interfirm short-term financing facility is necessary, provided that the amount of the financing facility shall not exceed 40 per cent of the amount of the net value of the lending company. In addition, a company shall not act as a guarantor of any nature, unless otherwise permitted by any law or the articles of incorporation of the company.

Financial assistance generally refers to assistance provided by a target for the acquisition by a third party of shares in the target, by advancing funds, making loans or providing security. Generally, the provision by the company of financial assistance in this context is subject to restrictions under Taiwan law. As mentioned in subsection ii, there are prohibitions and restrictions regarding the loans or guarantees provided by a company. The provision of security other than a guarantee will generally be deemed as providing a guarantee as well and is subject to the same restrictions.

Generally, the choice of a foreign governing law to govern a contract (e.g., the loan agreement) would be recognised as a valid choice of law and given effect by the courts of Taiwan, provided that the relevant provisions of the foreign governing law would not be applied to the extent the courts hold that: (1) the application of the provisions would be contrary to the public order or good morals of Taiwan; or (2) the provisions would have the effect of circumventing mandatory or prohibitive provisions of Taiwanese law. However, where the contract is about the creation or perfection of a security interest, such as a pledge and mortgage, the choice of law will be subject to the law of Taiwan regarding conflicts of law. As a general rule, if the property is located in Taiwan or if the rights subject to the security interest arise from Taiwanese law, such as the shares in a Taiwanese company, the law of Taiwan on conflicts of law will refer to Taiwan law as the governing law.

According to a ruling issued by the FSC, a bank generally shall not transfer its performing loans to others unless it meets any of the following exceptions: (1) it obtains consent from the borrower; (2) it transfers its loan to other financial institutions pursuant to the Financial Institutions Merger Act or the Financial Asset Securitisation Act; or (3) it has a special need to do so, such as for refinancing purposes. If the bank violates the above restrictions, it may be deemed as violating the principle of good faith and according to Article 294(1)(2) of the Civil Code, the transfer may be invalid. Furthermore, the bank may be deemed as violating its confidentiality obligations under the Banking Act.

There are currently no other issues of note.

To mitigate the impact of covid-19, the MOEA, among other competent authorities, issues a relief programme for Taiwanese borrowers meeting certain criteria to change the conditions of the existing loan or seek new loans with more flexible conditions from the banks. Those Taiwanese borrowers could seek financial support to ensure business operation in these difficult times. The relief programme also resulted in the growth of the total amount of loans provided by the government-owned or managed local banks.

1 Abe Sung and Mark Yu are partners at Lee and Li, Attorneys-at-Law. 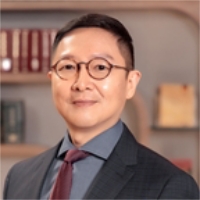 Lee and Li Attorneys at Law 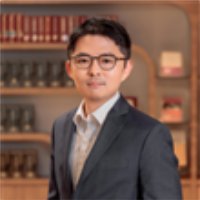 Lee and Li Attorneys at Law

Explore all chapters on Taiwan