Over the past 30 years, major efforts have been made to harmonise the technical requirements relating to the drug regulatory process and – to a lesser extent – those for medical devices. By far the most successful initiative has been the International Conference on Harmonisation of Technical Requirements for Registration of Pharmaceuticals for Human Use (ICH). ICH guidelines have now been incorporated into the drug regulatory systems in the European Union, the United States, Japan and many other jurisdictions, and the ICH Common Technical Document (CTD) and its electronic version (eCTD) have become the standard format for the submission of data in support of marketing authorisation applications in most major developed countries. In addition to the ICH, there are a number of other harmonisation initiatives, including the International Medical Device Regulators Forum (IMDRF) and a variety of regional harmonisation programmes.

For many years, certain major drug regulatory agencies maintained informal arrangements for cooperation and communication, but there was no formal mechanism for agreeing on the harmonisation of technical requirements for the drug development and approval process. Experience with successful harmonisation initiatives in the European Community during the 1980s led to the establishment of the ICH, following a meeting of regulators and industry representatives in Brussels in 1990 that was hosted by the European Federation of Pharmaceutical Industries and Associations. The original parties to the ICH were the European Community (now the European Union), the US Food and Drug Administration (FDA), the Japanese Ministry of Health, Labour and Welfare, and the national trade associations of the pharmaceutical industry in the European Union, the United States and Japan.2 The World Health Organization (WHO), the European Free Trade Association and Canada were given observer status.3

Initial efforts focused on well-defined technical issues, such as the design of stability studies and standard toxicology studies, about which there was no serious disagreement on general principles and objectives. There was no effort made to establish requirements for the mutual recognition of approval decisions or to address other potentially controversial topics.

Over the years, the ICH has broadened the base of organisations that contribute to its processes. For example, in 1996, generic industry experts and manufacturers of non-prescription medicines were invited to participate in technical discussions of issues of special interest to them. More recently, several regional harmonisation initiatives have participated in meetings of the ICH,4 as have the drug regulatory agencies and ministries of health of countries outside the European Union, the United States and Japan.5

The ICH is governed by a steering committee – composed of members from the regulatory authorities and industry groups from the European Union, the United States and Japan – which determines policies and procedures, selects topics for harmonisation, monitors and facilitates the progress of expert working groups, and signs off ICH documents. There is also a secretariat, based in Switzerland and supported by the International Federation of Pharmaceutical Manufacturers Associations. A separate managing board within the ICH supervises the Medical Dictionary for Regulatory Activities (MeDRA), which establishes standardised terminology for communicating regulatory information concerning pharmaceuticals, including information in drug safety reports.

The main work of the ICH is done by expert working groups, which are organised into four broad categories: safety, efficacy, quality and multidisciplinary topics. These groups, which include experts from regulatory agencies and the pharmaceutical industry, draft guidelines and other documents and propose them for adoption through the ICH process. That process consists of five steps, which involve:

Although participants in the ICH process undertake to adopt harmonised guidelines as part of their national or regional regulatory requirements, full implementation may not be automatic if changes are required in local legislation or regulations.6 Final guidance may be supplemented by Q&As or other explanatory documents.

One of the first topics identified for harmonisation by the ICH relates to drug quality; specifically, stability studies of drug products. Since then, the ICH has pursued harmonisation efforts in connection with analytical validation,7 impurities,8 pharmaceutical development,9 pharmaceutical quality systems10 and development and manufacture of drug substances,11 inter alia. Of particular significance are workstreams relating to pharmacopoeias, which support efforts to harmonise compendial requirements in the European Union, the United States and Japan;12 quality of biotechnology products,13 including important issues such as viral safety and comparability of biological products following manufacturing changes; good manufacturing practice (GMP);14 and quality risk management.15

Harmonisation of the major categories of non-clinical safety studies has been a major accomplishment of the ICH. Until the ICH process began, the FDA actually maintained few formal guidelines for non-clinical safety studies of drug products, and requirements were based largely on custom and informal compilations of documents written by agency staff. Today, there are agreed standards for studies of carcinogenicity,16 genotoxicity,17 toxicokinetics and pharmacokinetics,18 toxicity generally,19 reproductive toxicity20 and immunotoxicity,21 as well as procedures for studies of biotechnology products,22 pharmacology,23 non-clinical evaluation of anti-cancer pharmaceuticals24 and photosafety.25

The 'efficacy' category includes topics relating to human safety studies and pharmacovigilance as well as studies to determine the effectiveness of drug products. One of the most significant guidelines, relating to good clinical practice and originally adopted in 1996,26 has become the internationally recognised standard for conducting clinical trials. It deals with the full range of topics, including study design, protection of human subjects, assurance of quality and reliability of data in clinical trials, the roles of sponsors, investigators and institutions, and many other issues. Of similar importance is the guideline on the format and content of clinical study reports,27 which also serves as the model for all major developed jurisdictions. Other topics are clinical safety (including pharmacovigilance),28 dose-response studies,29 ethnic factors,30 clinical trials generally (including statistical principles),31 clinical evaluation,32 clinical evaluation by therapeutic category33 and pharmacogenomics.34

One of the most important accomplishments of the ICH process has been the adoption of the CTD, which is now the generally accepted format for submission of data and analyses in support of marketing authorisation applications in major developed countries.35 Use of the CTD became mandatory in the European Union and Japan in 2003, and its use was strongly recommended – and in practice is required – by the FDA. It has greatly reduced duplication of effort in the preparation of dossiers for submission in major markets around the world.

MeDRA establishes common terminology for use in individual case safety reports, periodic safety update reports and similar documents used for monitoring and evaluating safety signals related to drug products. It is supervised by the MeDRA Oversight Board, which contracts with the Maintenance and Support Services Organisation to ensure that the dictionary is kept up to date. The MeDRA system is coordinated with an earlier international dictionary developed by the WHO (the WHO Adverse Reaction Terminology).

The Pharmaceutical Inspection Convention (PIC), originally agreed among several European nations in 1970, established procedures for common standards for drug manufacturing quality, mutual recognition of inspections and other matters. It was supplemented in 1995 by the Pharmaceutical Inspection Co-operation Scheme, and today the two entities are commonly referred to as PIC/S. Members include 44 regulatory authorities and international organisations. PIC/S seeks to establish common standards for GMP, training of inspectors, conduct of inspections, information sharing (including a rapid alert system) and other multinational initiatives relating to drug quality. Some member state authorities will accept GMP certificates from other PIC/S members, and membership in the PIC/S programme can facilitate bilateral mutual recognition agreements for GMP inspections.36

The IMDRF is a voluntary group of medical device regulators that seeks to advance harmonisation of regulatory requirements for medical devices. Established in 2011, it is the successor to the Global Harmonisation Task Force on Medical Devices. Current members are Argentina, Brazil, Canada, the European Union, Japan and the United States, with the WHO as an observer; China and Russia are currently under consideration for membership. Guidelines have been issued concerning requirements and training for auditing organisations and regulatory assessors for medical devices, unique device identification and software medical devices.37 In 2017, following a pilot project, several regulators within the IMDRF agreed to participate in the Medical Device Single Audit Programme (MDSAP), which is intended to reduce the need for multiple audits of the same manufacturers by participating regulators. Most participants will accept audits carried out under the programme in lieu of routine audits by their own inspectors, although some regulators will continue to carry out their own inspections when for-cause audits and other targeted audits are required.38

The International Organisation for Standardisation (ISO) and the International Electrotechnical Commission have issued numerous standards that have important practical effects on regulation of medical devices. Perhaps most important has been the ISO 9000 series of standards, relating to quality-management systems, which was adopted as one of the key standards for the implementation of the EU medical device legislation.39 Concepts derived from ISO 9000 have also been incorporated into device quality system regulations in the United States.40

1 Richard Kingham is a senior counsel at Covington & Burling LLP.

3 Detailed information on the ICH and its programmes is contained on the website, www.ich.org.

4 These are the Association of Southeast Asian Nations, the Asia-Pacific Economic Cooperation countries, the Cooperation Council for the Arab States of the Gulf, the Pan-American Network for Drug Regulatory Harmonization, the Southeastern African Development Community and the East African Community.

6 When the CTD was adopted, the European Union issued secondary legislation to make its use a legally binding requirement for applicants, whereas the FDA chose not to amend its regulations governing the content and format of a new drug application, on the theory that the same information was required to be submitted and only the organisation of the information was changed.

35 The CTD was adopted as a multidisciplinary topic (ICH M4), as was the electronic version, or eCTD (ICH M8).

36 Further details are set out in the PIC/S website, www.picscheme.org.

37 Details can be found at www.imdrf.org.

38 Current particpants in the MDSAP are Australia, Brazil, Canada and the United States. The World Health Organization and the European Union have observer status, and Argentina and South Korea are affiliate members. For a description of the programme, see the following entry on the US Food and Drug Administration website: https://www.fda.gov/medical-devices/cdrh-international-programs/medical-device-single-audit-program-mdsap. 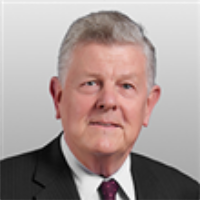