Notwithstanding the absence of a general merger control regime in Malaysia, MyCC has the authority to investigate the behavioural conduct of parties post-merger. This was highlighted in the acquisition of Uber's South East Asia business by Grab. While MyCC did not have the authority to unwind the transaction under the Competition Act 2010, the acquisition triggered an investigation by MyCC into Grab, which subsequently resulted in a proposed infringement decision being issued against Grab, under which it was alleged that Grab had abused its dominant position in the e-hailing market.

Under the MACA, mergers that have resulted, or may be expected to result, in a substantial lessening of competition in any aviation services market are prohibited. 'Aviation services' are defined as meaning the provision of any of the following services:

Under Section 54 of the MACA, a merger occurs if:

The Malaysian Aviation Commission (MAVCOM), which is the regulatory body regulating all economic and commercial aspects relating to the civil aviation industry in Malaysia, has indicated in its Guidelines on Notification and Application Procedure for an Anticipated Merger or a Merger (the MAVCOM Merger Guidelines) that it is likely to investigate a merger if:

Merger parties that meet the above thresholds may voluntarily notify MAVCOM of a proposed merger to obtain clearance. Even if the above-mentioned thresholds are not met, however, MAVCOM has the power to investigate the merger if it is of the view that the merger is likely to result in a substantial lessening of competition in any aviation services market in Malaysia.

As is the case with the merger control regime for the aviation services sector, licensees under the CMA may voluntarily notify MCMC of a merger if:

The MCMC Authorisation Guidelines provide an avenue for licensees to seek authorisation from MCMC for particular conduct, including a merger. In other words, if licensees are of the view that a merger is likely to substantially lessen competition in the communications market but it is in the nation's interest, they should seek authorisation from MCMC for the merger. In determining whether the merger is crucial to the nation's interests, MCMC will adopt the national policy objectives stipulated in the CMA as the basis for arriving at its decision; that is, the merger will have to meet the following objectives:

MCMC also recognises a failing firm defence in which a merger is unlikely to have an anticompetitive effect on the market if the merger involves a firm that is facing imminent failure and that would cause the assets of that firm to exit the relevant communications market. For a firm to invoke the failing firm defence, the following conditions must be established:

Based on publicly available information, MAVCOM has yet to issue any clearance in respect of a merger within the aviation services sector. MAVCOM has, however, granted several individual exemptions in respect of collaboration arrangements and contractual joint ventures entered into between companies operating in the sector. Interestingly, prior to the enactment of the MACA, all matters pertaining to the aviation services sector fell within the purview of MyCC. During that period, MyCC imposed a financial penalty of 10 million ringgit each on Malaysia Airlines Berhad (previously known as Malaysian Airline System Berhad), AirAsia Berhad and AirAsia X Sdn Bhd (collectively, AirAsia) for purporting to enter into a collaboration agreement that resulted in parties sharing the market with each other.

In light of the current coronavirus pandemic, numerous airlines across the world are reported to have suffered grave financial losses that have resulted in them dissolving the business, retrenching employees, requiring government bail-outs or merging with competing airlines to stay in business during these trying times.

There have also been very few merger cases in the communications sector. The most high-profile merger that MCMC sought to review was the proposed merger of Axiata Group Bhd (Axiata Celcom) and the Asian operations of Telenor ASA (Digi.com Bhd) in May 2019. The proposed merger would have been likely to create the largest cellular operator in Malaysia, considering that Axiata Celcom and Digi.com are two of the largest telecommunications companies in the country. The proposed merger was, however, called off in September 2019 with the parties citing 'complexities involved in the proposed transactions'3 as the reason for merger discussions ending. Since April 2021, however, Digi.com and Axiata Celcom are said to have been in advanced discussions in respect of a potential merger of their mobile operations in Malaysia, in which the new company (with an expected shareholding of 33.1 per cent by each of the parties) will emerge as the leading provider of telecommunications services in Malaysia.

The merger control regime in the aviation services sector is a voluntary regime under which parties can decide, on their own volition, whether or not to notify MAVCOM of a merger or anticipated merger.

Under the MAVCOM Merger Guidelines, the amount of time that MAVCOM will take to assess a notification and application is subject to a wide variety of factors, including, but not limited to, the complexity of the issues as well as whether the information and documentation furnished by the applicants are complete and adequate. In brief, if MAVCOM is satisfied that the transaction that is the subject of an application meets the definition of a merger under the MACA during its Phase 1 assessment, it will publish a summary of the application on its website for public consultation, and members of the public are then able to provide their feedback on the merger within 30 days of the date of publication. Upon expiry of the 30-day period, MAVCOM will evaluate the possible competitive effects of the merger by assessing the information provided by the applicants and the public. If MAVCOM is satisfied that the merger will not raise any competition concerns, a proposed decision will be published on its website for a further 30 days to enable feedback to be obtained from the public. MAVCOM will only issue its final decision of non-infringement upon expiry of this 30-day period. Once issued, a non-infringement decision will only be valid for a specific period, as prescribed by MAVCOM. Merger parties will, therefore, be required to complete the merger within the specified period.

If, on the other hand, MAVCOM is of the view that the merger is likely to raise competition concerns, it will proceed with a Phase 2 assessment, which will entail a more detailed and extensive examination of the competition effects of the merger. After such examination, MAVCOM will publish its proposed decision on its website for a period of 30 days for public consultation purposes. The parties will also have the opportunity to submit a written presentation to MAVCOM in respect of the merger, which may include an undertaking to refrain from, or remedy, any anticompetitive conduct arising from the merger.

If MAVCOM issues an infringement decision, the relevant parties may apply to the Minister of Transport within 14 days of them being notified of the infringement decision, requesting that the merger be exempted from the prohibition under the MACA on public interest grounds (i.e., where the merger promotes public or national security and defence interests). Separately, the merger parties also have the option to appeal the decision to the High Court within three months of the date on which they were notified of the decision.

Due to the voluntary nature of the merger control regime under the MACA, the regime is non-suspensory, and the parties may choose to carry out the anticipated merger while an application is pending before MAVCOM.

Upon receipt of a notification or application from a licensee, MCMC will undertake a preliminary review to determine if the transaction (1) falls within the definition of a merger as prescribed under the CMA, and (2) meets the notification threshold set out in the MCMC Merger Guidelines. The results of MCMC's preliminary review will then be communicated to the licensee within 10 business days of receipt of the notification or application.

A merger that is unlikely to result in a substantial lessening of competition will be cleared by MCMC and licensees will receive a notice of 'no objection', pursuant to which the merger will have to be completed within a specific period as prescribed by MCMC. On the flip side, if the merger is deemed likely to result in a substantial lessening of competition, MCMC will issue a notice of objection to the licensees pursuant to which the licensees may be required to, among other things, cease particular types of conduct and implement appropriate remedies as directed by MCMC. Licensees can apply for a review of the decision by submitting an application to the Appeal Tribunal, or can request a statement of reasons from MCMC. It is only after exhausting all available remedies that licensees may apply for judicial review of the decision by the High Court.

As there is currently no real precedent in Malaysia in the merger scene, it remains to be seen how the relevant regulators will handle a merger application, especially where the merger is carried out under extenuating circumstances.

MyCC has announced that it is reviewing amendments to the Competition Act 2010 (expected to come into effect by the end of 2021), which will include merger control provisions. At present, it appears that MyCC is inclined to adopt a pre-merger mandatory notification regime, although no further details are available at the time of writing.

Further, in the civil aviation scene, the government of Malaysia had previously decided to merge MAVCOM (the body overseeing commercial and economic activities within the aviation sector) with the Civil Aviation Authority of Malaysia (CAAM) (the regulatory body overseeing safety and security in the aviation sector). The proposed merger has been met with mixed responses, particularly from industry players, as there is concern that a merger of the roles of MAVCOM and CAAM may have a detrimental and counterproductive effect on the industry. To date, however, the merger has yet to be formalised.

1 Raymond Yong is a partner, Penny Wong is a principal associate and Yeo Sue May is an associate at Rahmat Lim & Partners.

2 Directorate for Financial and Enterprise Affairs Competition Committee of the Organisation for Economic Co-operation and Development, Global Forum on Competition, 'Merger Control in Dynamic Markets – Contribution from Malaysia', 6 December 2019. 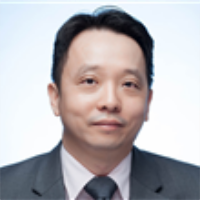 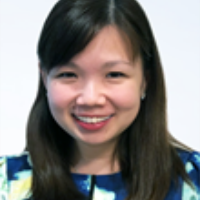 Explore all chapters on Malaysia