Under the former legal framework, Moroccan merger control existed through Law No. 06-99 of 5 June 20002 on free pricing and competition, and its Enforcement Decree No. 2-00-854, under which mergers were notified to the Chief of Government, and the Competition Council had a consultative role when the notified concentration was likely to infringe competition.

A reform of the Moroccan merger control rules was launched in 2014 with the adoption of Law No. 104-12 of 30 June 20143 on free pricing and competition, and its Enforcement Decree No. 2-14-652 of 1 December 2014, and Law No. 20-13, relating to the Competition Council of 30 June 20144 and its Enforcement Decree No. 2-15-109 of 4 June 2015, which transferred the merger control function to the Moroccan Competition Council. Under this new legal framework, only residual powers are retained by the Chief of Government (in particular, an evocation power on the decisions of the Competition Council for matters of public interest).

Under the Moroccan merger control regime, a concentration occurs where:

The creation of a joint venture performing all the functions of an economic entity on a lasting basis shall also constitute a concentration within the meaning of the merger control rules.

The notion of 'control' is defined as resulting from rights, contracts or any other means that confer, either separately or in combination, having regard to the considerations of fact or law involved, the possibility to exercise a decisive influence on the activity of an undertaking and, notably:

As regards the notification thresholds, additional turnover thresholds have been introduced in the new legal framework by Law No. 104-12 of 30 June 2014 and its Enforcement Decree, such that the notification of a concentration should take place when one of the following conditions is fulfilled:

Aside from these standard thresholds, specific turnover thresholds may be fixed by decree for certain sectors or geographic areas.

These thresholds raise some uncertainties:

2019 was the first year of application of the new legal framework and the Competition Council has been very active since its reactivation in December 2018, Indeed, its first decisions were delivered during the first half of 2019 and it also adopted internal documents in 2019, such as its rules of procedure.

In total, more than 60 transactions were notified to the Competition Council in 2019 and more than 20 have already been filed in 2020.

The vast majority of these transactions were authorised at the end of the first phase. A second-phase investigation was, however, opened in September 2019 to allow the Competition Council to conduct an in-depth investigation of Uber's acquisition of the assets of its competitor Careem.

Since the declaration of a state of public health emergency linked to the coronavirus crisis, the Competition Council has remained operational.

i Deadline for filing

A merger must be notified before its completion and as soon as the parties concerned are able to present a 'sufficiently concrete' file to allow the investigation of the case, in particular when the project is formalised by an agreement in principle or a signed letter of intent, or when it follows the announcement of a public offer.

The suspensive effect of the filing obliges the parties to wait for the authorisation of the Competition Council (or the administration) to implement the contemplated merger. However, the Competition Council may grant the parties an exemption to this suspensive effect and allow them to complete all or part of the transaction without waiting for an authorisation decision in case of duly motivated need.

iii Sanctions upon failure to notify and closing before clearance

The sanctions for not filing and closing before clearance are the following:

The Competition Council may also compel the parties that failed to notify, subject to a daily penalty payment, to notify the operation, unless they revert to the previous state of affairs.

During the first phase, the Competition Council must rule on the transaction within a 60-day period after the receipt of the complete notification file. In case commitments are offered by the parties, this 60-day period is extended by 20 days. In the case of particular necessity, such as the finalisation of the commitments, the parties may ask the Competition Council to suspend the deadline for a maximum of 20 days.

The Competition Council may, at the end of the first phase:

The governmental authority in charge of competition may ask the Council to open a second-phase investigation within a 20-day period after having received a copy of the decision, or having been informed of it by the Competition Council. At the end of the 20 days, the authorisation is deemed granted.

During the second phase, the Competition Council must assess within 90 days whether the transaction is likely to infringe competition, notably by creating or strengthening a dominant position or a buying power that places suppliers in a position of economic dependency, and whether the contemplated transaction brings a sufficient contribution to economic progress to offset the competition infringements. In case commitments are offered by the notifying parties to remedy the anticompetitive effects of the transaction less than 30 days before the end of the 90-day period, the deadline will then expire 30 days after the reception of the commitments. The 90-day period may be suspended for up to 30 days at the parties' request in case of particular necessity, in particular to finalise their commitments. The Competition Council can also suspend the 90-day period in particular when the notifying parties have failed to provide it with the requested information, or to inform it of the occurrence of a new material event. The time limit resumes when the cause of the suspension has been addressed.

At the end of the second phase, the Competition Council may:

Within 30 days of receiving a copy of the decision or being informed of it by the Competition Council, the Chief of Government or the delegated governmental authority may exert their power and issue a decision on the transaction for reasons of public interest (such as industrial development, competitiveness of the companies within the international context or job creation).

At the end of these 30 days, the authorisation is deemed to be granted.

No accelerated procedure is provided.

A market test is carried out by the instruction services and a third party that would be in a position to contribute to its information may also be heard by the Competition Council.

Appeals against merger decisions could be lodged by the concerned parties or the government commissioner before the administrative chamber of the Moroccan Supreme Court within 30 days of receipt of the merger decision notification.

i Coordination with other jurisdictions

The Moroccan competition authorities have entered into several cooperation agreements with other national authorities.

An association between Morocco and the Member States of the European Union was created in 2000 by the Euro–Mediterranean Agreement and Decision No. 1/2004 of the EU–Morocco Association Council of 19 April 2004. Adopting the necessary rules for the implementation of the competition rules, it has set up a mechanism of cooperation between European and Moroccan competition authorities. In 2020, the Moroccan Competition Council has announced a new partnership with the EU to harmonise and converge competition law provision matters.

The Moroccan Competition Council was also a founding member of the Euro–Mediterranean Competition Forum, an informal regional network set up in 2012.

A bilateral cooperation has been developed with the Tunisian competition authority.

In 2019, the Moroccan Competition Council entered into an agreement with Spain's National Commission on Markets and Competition and announced its will to strengthen its bilateral cooperation with the Portuguese Competition Authority and the Chilean National Economic Prosecutor.

In 2019, the Moroccan Competition Council also announced new exchanges of information and expertise with China in 2019 and 2020.

The Competition Council, now that it is operational, is therefore very likely to cooperate with these other jurisdictions in reviewing multi-jurisdictional merger cases.

The allocation of jurisdictions between the Competition Council and these Moroccan sectoral regulators will therefore be clarified now that the Competition Council is fully operational. For instance, in 2019, the Competition Council and Bank Al Maghrib entered into a cooperation agreement establishing the conditions and terms of their collaboration on the competitive issues in the banking industry. Such clarification is especially important for the ANRT, which is authorised by constitutive texts to enforce antitrust and merger control provisions in the telecommunications sector and has already imposed its first fine under Law No. 06-99 for an abuse of dominant position in 2020.

Moreover, no specific procedure is provided by Moroccan merger control regarding financial distress and insolvency of the target company. However, we surmise that, in such a situation, the Competition Council may grant the parties an exemption to the suspensive effect of the merger control procedure, therefore allowing them to complete all or part of the transaction without waiting for an authorisation decision.

Finally, concerning public takeover bids, it seems that the Competition Council applies to these transactions the general rules of the Moroccan merger control legislation (as it appears, for example, from its Opinion No. 9/10 relating to the public takeover bid launched by Kraft Foods Inc over Cadbury Plc).

The Competition Council has been very active since its reactivation, handling more than 80 filings and adopting internal documents, and is currently working on its first annual report since reactivation and on a circular note about the investigation of merger control cases.

The issues raised by the new legal framework, such as the alternative nature of the notification thresholds provided by Law No. 104-12 and its Enforcement Decree or the allocation of jurisdictions between the Competition Council and the Moroccan sectoral authorities (in particular, the ANRT), shall hopefully be clarified in the future.

The purpose of the new legal framework is to generally strengthen the role and powers of the Competition Council, and it can therefore be expected that the control of merger operations will continue to strengthen.

1 Corinne Khayat is a partner and Maïja Brossard is a senior associate at UGGC Avocats. 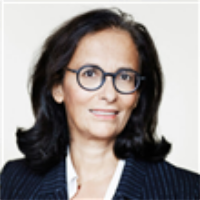 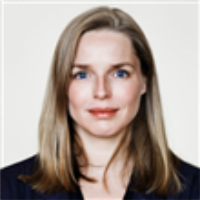 Explore all chapters on Morocco