This new volume on M&A litigation for the Law Reviews series is intended to be as much a resource for litigators handling M&A disputes as it is for the deal lawyers, general counsel and dealmakers aiming to assess and manage the potential litigation risks in connection with a transaction. The multi-jurisdictional approach taken here, as in other volumes in the Law Reviews series, reflects the profoundly global nature of business and corporate transactions, and gathers a diverse body of law from around the world to provide a broad overlay of the global litigation terrain. The aim here is not to be comprehensive, either in the countries included or the depth of topics covered, but to provide more of a sample of key jurisdictions in the Americas, Europe and Asia, and a high-level overview and analysis of the main litigation issues and trends in those jurisdictions.

Together, the chapters show a high level of consistency across jurisdictions in the types of common disputes and the kinds of claims that may be pursued, but also significant differences in procedural and substantive law affecting the legal merits of such claims, and the frequency and means of their pursuit.

Shareholder actions for breaches of fiduciary duties provides a good example. The law in many countries imposes fiduciary duties on board members in the context of mergers or acquisitions, and many jurisdictions therefore provide for litigation to enforce those duties. Similarly common is some type of 'business judgement' protection for certain board decisions, which in one form or another prohibits parties and a court from second-guessing those decisions. The frequency with which such actions are brought, however, varies substantially from country to country. That is due to a variety of different factors, from the number of publicly listed companies in a country, to differences in the substantive law, to whether such claims may be brought as class actions, as permitted in the United States, and whether fees may be awarded to class action plaintiffs' lawyers. The class action procedural mechanism and the availability of attorney fee awards in particular are significant factors driving the disproportionate volume of shareholder litigation in the United States, as they provide strong incentives to the plaintiffs' bar that does not exist in many other countries.

In contrast, counterparty claims, arising out of disputes over the parties' transaction agreement, appear to be far more common across the countries in this edition and, in many countries, to be the dominant type of M&A litigation activity. While there is some meaningful overlap in the types of provisions and disputes that commonly arise, the chapters also display the significant variation in disputes, reflecting in part differences in business practices both within and across jurisdictions. As with class actions, one significant procedural component for counterparty claims is arbitration, which has become an increasingly common procedure for resolving post-closing disputes, particularly involving cross-border transactions. This appears to be because, among other reasons, arbitration is confidential (unlike court proceedings), and thought to be cheaper, faster and more efficient.

Around the globe, the covid-19 pandemic has had a profound impact on M&A activity and litigation in 2020. Significantly, the pandemic and its myriad consequences have put strain on some common contractual provisions in transaction agreements, and in a number of instances have led parties to test key provisions in litigation, such as material adverse change or material adverse effect clauses. All of this has led, in a number of jurisdictions, especially the United States, to a wave of covid-related M&A litigations. Unfortunately, in the United States, a decision on the merits is not expected in any of these cases before this publication goes to press.

Finally, I would like to thank the many contributors to The Mergers and Acquisitions Litigation Review. Their biographies can be found in Appendix 1 and display the impressive depth of experience and expertise they bring to this edition. Should you have any comments, questions or suggestions, do not hesitate to contact me or any of contributors directly. We expect this to be the first of many successful editions of this volume, and look to expand and improve in each successive iteration. 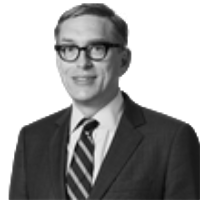