Mark Zerdin
Slaughter and May

While the previous edition of The Mergers & Acquisitions Review highlighted some causes for optimism for growth in the M&A market, the resilience of companies has been severely tested in 2020 in light of the covid-19 pandemic. Political uncertainty and economic shifts have taken a back seat to the wide-reaching global effects of the pandemic, which are leaving many jurisdictions and sectors in dire straits.

The Americas saw the largest fall in share of global M&A, as its value fell to 33.4 per cent from 52.8 per cent in 2019. The US is facing not only political uncertainty with the upcoming presidential election and protests across the country, but also a sharp decline in economic productivity due to the lockdown enforced by the covid-19 crisis. M&A deal activity in the US fell to lower levels than the 2008 global financial crisis, with higher value deals particularly affected. Despite the bleak figures for the first half of 2020, though, there are signs that some sectors, notably the technology sector, are rebounding. This is perhaps unsurprising as the future of many industries will depend on technology services.

Looking forward to the remainder of 2020 and beyond, there are some reasons to be optimistic that the global M&A market will show some signs of recovery. There has already been a resurgence since the first half of 2020, with the third quarter seeing 36 deals worth US$5 billion-plus, making it the busiest third quarter on record. The challenges caused by restricted international travel, less physical diligence and almost no face-to-face meetings are, for the most part, being surmounted. It is also anticipated that private equity funds will begin to put their dry powder to use as further clarity emerges on the duration and effects of the pandemic.

I would like to thank the contributors for their support in producing the 14th edition of The Mergers & Acquisitions Review. I hope the commentary in the following 42 chapters will provide a richer understanding of the shape of the global markets, and the challenges and opportunities facing market participants. 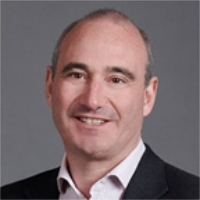