In the pharmaceutical industry, IP and competition laws, and manufacturing and marketing approval processes play key roles, and are closely linked to one another. Section II describes the legislative and regulatory framework (such as marketing licences and authorisation, drug-pricing systems, and formats of patent infringement litigation and invalidation trial). Section III elaborates on approval and patent requirements regarding original drugs, generic drugs and biosimilar products. Section IV describes how patents and authorisation procedures are linked. Finally, Sections V and VI expound on competition law issues. We close with our conclusions in Section VIII.

The Japanese legal system is based primarily on codified law:

iv Manufacturing and marketing approvals (for each drug)

Approvals under the Pharmaceutical and Medical Device Act are required for individual formulations of drugs to market those drugs in Japan. Those approvals must be obtained from the Ministry of Health, Labour and Welfare (MHLW) prior to market launch by submitting data and documents to enable the MHLW to review product quality, and efficacy and safety of the drugs. In practice, the entire process of approval review of drugs approved by the MHLW, from review-related inspections and clinical trial consultations to review works, is undertaken by the Pharmaceuticals and Medical Devices Agency (PMDA), an independent administrative organisation established in 2004.

The prices for drugs used in hospitals are determined by the government and indicated in the National Health Insurance (NHI) Price List, which is a list of drugs for which medical providers can be reimbursed under health insurance programmes.

Patent infringement cases are first tried in district courts. Judgments of district courts can be appealed to a high court and then to the Supreme Court. There is no jury system in Japan.

Appeals to high courts from district courts in patent infringement cases come under the exclusive jurisdiction of the Intellectual Property High Court (IP High Court), which was established in April 2005 as a special high court dealing with IP matters only. The IP High Court has four general divisions and one special division, and each division consists of five judges who hear and decide the cases.

To commence patent infringement litigation, the plaintiff must file a complaint with the court. The complaint must contain a specific allegation of the fundamental and evidentiary facts. The plaintiff must attach certain basic materials to the complaint, such as copies of material documentary evidence.

Once the complaint and summons are served, the defendant must file an answer – copies of material documentary evidence attached – with the court before the first hearing date. After studying the briefs submitted by the plaintiff and the defendant, the judge holds hearings involving both litigation parties about once a month at a courtroom or a meeting room to determine the disputed issues.

During the first stage, the specifications of the accused product are determined, the technical scope of the patent is ascertained and a comparison of the structural requirements of the patent with the accused product is carried out. In addition, the judge often sets a date at the final phase of the first stage for a technical presentation by both parties to have a better understanding of the technical issues.

As there is no jury system in Japan, judges alone hear and review all arguments and evidence. At the district courts, cases are usually heard by a panel of three judges.

In Japan, it is not common for judges handling patent cases to have scientific or technical backgrounds. To have a better understanding of the technical issues, judges can obtain support from court researchers who are technical experts (e.g., examiners of the Japan Patent Office (JPO)). In addition, an expert commissioner system was introduced with the amendment of the Code of Civil Procedure in 2003 to make further use of expert knowledge.

The Patent Act grants the JPO the authority to determine patent invalidity. To invalidate a patent, a person must either file a trial with the JPO for invalidation or file an opposition with the JPO for cancellation. The former is a more popular forum, while the latter needs to be filed within six months from the patent's publication.

In a patent infringement litigation, a court can also deny enforcement of the patent at issue if there are grounds for invalidation (invalidity defence) (Patent Act, Article 104-3). However, a court judgment on patent invalidity under Article 104-3 is only binding on the parties to the particular case, and the JPO still has the authority to declare the general invalidity of a patent through a trial for invalidation.

Although the existence of two different procedural tracks for patent invalidation actions raises the issue of how contradictions between the decisions of the courts and the JPO may be resolved, the IP High Court, which is the appellate court for both infringement litigation and invalidation trials, is expected to apply consistent interpretations.

As described in Section III.ii, the Japanese patent linkage mechanism is unique from those embodied in the Hatch-Waxman Act in the US. There is no explicit statutory patent linkage provision in the Patent Act or the Pharmaceutical and Medical Device Act, but the authorities (i.e., the MHLW and the PDMA) consider the existence of patents in an unofficial manner in the review process of generic drug application. According to relevant administrative notices issued by the MHLW, generic drugs will not be approved until the substance patent or the application patent expires and production of the active ingredient becomes possible.

Unlike the US and other jurisdictions, Japan has no prelaunch patent litigation process prior to a generic drug or biosimilar product launch. Although there is an ex ante coordination mechanism where both original and generic drugs manufacturers should communicate to resolve potential patent issues and then report the results to the MHLW before the entry of a generic drug in the NHI Price List is made, this mechanism does not work effectively in most cases. Therefore, invalidation proceedings before the JPO are generally the forum of choice to challenge patents.

The pharmaceutical industry is, similar to other industries, subject to the Anti-Monopoly Act, which prohibits anticompetitive activities such as private monopolisations, unreasonable restraints of trade and unfair trade practices. The Japan Fair Trade Commission (JFTC) has regulatory power to conduct investigations and issue orders under the Anti-Monopoly Act.

The Guidelines stipulate that restrictions, such as those against granting a licence, can be deemed as private monopolisation in the case of deviation from the purpose of intellectual property systems.

As for patent infringement litigation, there are to date no statutory laws or court decisions ruling that a violation of the Anti-Monopoly Act by a patentee constitutes a defence against patent infringement. However, under the abuse of rights doctrine, a court can deny enforcement of a patent if this enforcement would result in a serious violation of the Anti-monopoly Act. For example, the IP High Court applied the abuse of rights doctrine in a decision of 16 May 2014 and denied injunctive relief where the patentee had issued a fair, reasonable and non-discriminatory (FRAND) declaration, and regarding the claim for damages, only granted an amount equivalent to a royalty under this FRAND declaration.

In Japan, there are no competition law cases related to intellectual property and involving originators and generics manufacturers, such as reverse payments (pay-for-delay settlements) or product hopping. This is partly because there is no active retail price competition in the market and Japan's patent linkage mechanisms are totally different from those in the US.

However, the government has been strongly promoting the use of generic drugs, and the JFTC has a strong interest in how the Anti-Monopoly Act should be applied to reverse payments and other issues in the pharmaceutical industry, as evidenced by its publication of a report titled 'Competition and Research and Development Incentives in the Pharmaceutical Market – Through Examinations of the Impact of the Entry of Generic Drugs on the Market' in October 2015. If the share of generic drugs continues to grow and the pressure of competition from generic drugs increases, incentives for engaging in reverse payments may increase and we need to keep closely monitoring the future trend of competition laws in the pharmaceutical field.

Patent disputes and transactions play a key role in the pharmaceutical industry, and there are various unique mechanisms such as Japanese patent linkage and re-examination mechanisms, which sometimes draw criticisms partly due to the lack of international harmonisation. Although there are no significant proposed developments in legislature at this stage, we should continuously monitor the trends in patent invalidity, the scope of the doctrine of equivalents, how the patent linkage works in the context of biosimilar products and development of competition law enforcements.

1 Atsushi Okada is a partner at Mori Hamada & Matsumoto. 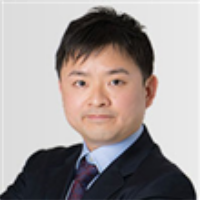