Regulations on onshore private equity (PE) funds2 were first introduced in South Korea in 2004 following the enactment of the Indirect Investment Asset Management Business Act. In 2009, this Act and the Securities and Exchange Act were integrated into a new law known as the Financial Investment Services and Capital Markets Act (FSCMA), which primarily regulates fundraising, formation, management and operation of private equity funds in South Korea. Since 2004, there has been a remarkable growth in the South Korean PE fund market, with the number of PE funds increasing from two in 2004 to 583 as at the end of 2018.3

During the early years following the introduction of PE funds in South Korea, limited partners (LPs) were mostly financial institutions. However, as the PE fund market expanded, large pension funds such as the National Pension Service (NPS) have been actively participating as anchor investors. More recently, the number of smaller PE funds, with a commitment amount of 100 billion won or less, has been increasing, and project-based funds formed to acquire specific investment targets compose more than 70 per cent of all PE funds registered with the Financial Services Commission (FSC).

The first table below indicates the number of registered PE funds in South Korea and the second table refers to the total commitment amounts and total invested amounts in recent years.4

The table below indicates the number of PE funds, sorted by volume of commitment amounts.

In a statement dated September 2018, the FSC announced its plan to integrate two categories of private placement fund – specialised investment private fund (hedge fund) and management participation private fund (PE fund) – into a single regime, and as such, we expect fundamental changes to the regulation and operation of the PE fund market in South Korea. The major changes to the FSCMA announced by the FSC are discussed in detail in Section III.

i Incorporation of a PE fund

The legal form of a PE fund in South Korea is a corporate vehicle, limited company under the Korean Commercial Code (KCC), which is similar to a limited partnership in US law. The formation of a PE fund requires a minimum of one GP with unlimited liability and one LP5 with limited liability. In practice, nearly all GPs act as managing partners of PE funds.

The qualification requirements for an LP are as follows:

As PE funds are also categorised as private placement funds, the total number of members must be 49 or below. A filing with respect to the incorporation of a PE fund must be made to the FSC within two weeks of the registration of its incorporation with the court.

When the PE fund regime was first introduced in South Korea in 2004, there was no statutory licence or qualification requirement for a GP. In 2013, the FSCMA was amended to include certain requirements for an entity contemplating becoming a GP in South Korea. To register as a GP, the following conditions must be satisfied:

The asset classes that a Korean PE fund is permitted to acquire are narrow. The FSCMA requires a PE fund to participate in the management of its portfolio companies and to manage its assets in the following manner:

Further, the following restrictions apply to PE funds' management of investment assets under the FSCMA:

Since the first introduction of the PE fund regime in South Korea, there have been concerns that chaebols (large, family run conglomerates) would be likely to exploit the PE fund scheme for the purpose of expanding their businesses or unfairly supporting their affiliates. The FSCMA includes the following provisions to prevent potential abuse of the PE fund by chaebols.

iv Incorporation of an SPC

The FSCMA allows an investment by a PE fund by way of incorporating an SPC. Requirements for establishing and operation of an SPC are as follows:

An SPC may borrow up to 300 per cent of its net assets and, therefore, a PE fund may make a leveraged investment in a target company by way of incorporating an SPC.

In South Korea, the FSC and the Financial Supervisory Service, the executive body of the FSC, oversee PE funds and GPs managing the PE funds. If an onshore PE fund or a GP violates the relevant laws, the FSC has the power to do the following:

The FSCMA provides the general legal framework for the PE fund regime, including incorporation of a PE fund, asset management and requirements of GPs and LPs, among other matters. A meeting of members of a PE fund, liquidation of a PE fund and other business affairs that are not governed by the FSCMA are covered under the KCC. Since the inception of the PE fund regulations, there have not been many changes from a regulatory perspective; however, there were significant amendments to the PE fund-related provisions of the FSCMA in 2015. Some of the important changes are noted below.

Under the current FSCMA, private placement funds in South Korea can only be categorised as hedge funds or PE funds, and can be largely distinguished as follows.

At the time of writing, the proposed amendment to the FSCMA is pending at the National Assembly.

Since the first introduction of the onshore PE fund scheme in 2004, there has been a continuous growth of the PE fund market in South Korea. In particular, there has been a remarkable expansion in the market in the past decade, and, in fact, PE funds have been leading South Korea's M&A sector for many years. It is expected that the South Korean PE fund market will continue to grow in the near future while large pension funds, such as the NPS, will continue to play the role of anchor investor to large PE funds.

One of the current features of the South Korean PE fund market is that secondary PE funds are not yet very active compared with in seasoned PE markets such as the United States and the European Union. This is mainly because a few large pension funds tend to widely allocate their investments to various PE funds, which results in overlapping of LPs in many PE funds. However, the need for secondary PE funds has been developing and it is expected that the number of secondary PE funds will increase.

Additionally, it is expected that the private placement fund market will grow rapidly once the above-mentioned proposed amendment to the FSCMA expands the scope of investment methods and asset classes, and eases the standard of being recognised as 'private placement'. Existing GPs will have to decide whether they should increase the size of their capital and professional manpower to continue their business as fund managers of integrated funds under the new regime, or whether they should maintain the current capital volume and manpower, and maintain their status as fund managers for private placement funds for institutional investors.

2 New technology business investment partnerships prescribed in the Specialised Credit Finance Business Act and venture investment partnerships prescribed in the Act on Promotion of Venture Investment are similar to a venture capital fund as used in the United States and Europe, and can be considered as a private equity fund in a broader sense. For the purposes of this chapter, we discuss the private equity fund governed by the Financial Investment Services and Capital Markets Act.

5 In practice, however, it is required to have at least two LPs, as a PE fund is subject to dissolution if the number of LPs is less than two. This does not apply where a pension fund becomes the sole LP of a PE fund. 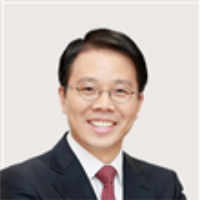 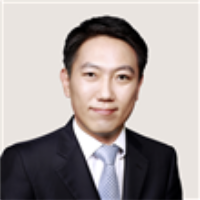 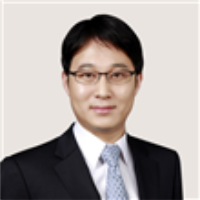