After the past unprecedented 24 months, it is now time to look forward to the post-pandemic world and consider the developments that will likely affect high-net-worth individuals. While (at the time of writing) life begins to resume, the after-effects of the pandemic will reach into the next decade and possibly beyond. The main political question of the day is 'Who will pay for the costs of the pandemic?' As the retail and hospitality industries were forced to close, there was a severe reduction in capacity in construction and manufacturing and high unemployment rates threatened, and governments intervened to provide stimulus packages to all areas of the economy.

The latest reports indicate that the pandemic had cost the UK government £372 billion as at 31 March 2021. 1To put this in perspective, the total tax revenue that the UK government collected for tax year 2019–2020 was £636.7 billion.2 Therefore, the Covid-19 bill constitutes almost 60 per cent of total tax revenue, or almost 14 per cent of the UK's GDP for 2019, and there are likely to be more costs to come.

On the other side of the Atlantic, Harvard economists David Cutler and Lawrence Summers estimate the pandemic will cost the United States at least US$16 trillion if the pandemic is largely over by autumn 2021.3 That would comprise roughly 75 per cent of the nation's 2019 GDP, which was £21.43 trillion. Over in Europe, Germany's government estimated, in December 2020, that the pandemic would cost the country €1.3 trillion, almost 33 per cent of the country's 2019 GDP.4

For the rest of the 2020s, the aim for governments will be to generate higher revenues to pay off this borrowing, while continuing to stimulate the economy through fiscal interventions such as keeping interest rates low and government spending. Generating higher revenues will pose a challenge, as the pandemic has worsened inequality and had the greatest impact on individuals with low incomes.5 Meanwhile, many high-net-worth individuals have benefited financially from the pandemic.6 Not since the end of the Second World War have the tongues of rumour wagged so much or so loudly on the subject of wealth taxes.

As the introduction to the UK's Wealth Tax Commission7 Report8 points out, the concept of a one-off levy during a time of financial crisis is not a novel one in many countries, including the UK. In 1981, during recession, Conservative Prime Minister Margaret Thatcher's government introduced a tax on banks, which raised about £400 million. In 1997, Labour Prime Minister Tony Blair's government imposed a tax on privatised utility companies, and raised £5 billion.

The OECD report on Wealth Taxes notes that in 1990, 12 countries had wealth taxes, but since then many countries have repealed the tax and now only four countries currently tax the net wealth of their residents annually.9 Only three European countries currently have a general wealth tax, being Norway, Spain and Switzerland. The Norwegian tax is on net wealth where a resident owns more than 5 million kroner in worldwide assets. The Swiss tax is levied on worldwide assets, with the exception of immovable property abroad. The tax rates vary from canton to canton. The Spanish wealth tax progresses from 0.2 to 3.75 per cent where the individual holds assets above €700,000. Individuals living in Madrid are exempt from the tax.

Argentina was the first country to implement a wealth tax in response to the pandemic at the end of 2020 in the Solidarity and Extraordinary Contribution of Great Fortunes Law. The levy is a one-off, payable by those whose assets total 200 million pesos. The rate of the tax is progressive, with Argentinian assets taxed up to 3.5 per cent and worldwide assets taxed up to 5.25 per cent. The tax has raised roughly 223 billion pesos. This amounts to about half a per cent of Argentina's GDP10 and 75 per cent of the government's target amount of the tax to be raised.

All taxes are wealth taxes to some degree, be they income tax, capital gains tax, value added tax, inheritance tax or corporation tax. However, these taxes are taxes on transfers of wealth, on dispositions of wealth and on accumulations of wealth rather than a tax on all the assets an individual holds on a particular date.

So if governments are to bring in wealth taxes, what might they look like? The UK Wealth Tax Report advocates a one-off wealth tax as being more effective than an annual one.11 A one-off wealth tax is much harder for taxpayers to avoid as the date of assessment of the individual's wealth can be announced at the same time as the tax itself. Furthermore, a one-off tax does not distort taxpayers' behaviour or disincentivise taxpayers from working, investing or even being resident in the country. The report recommends that it should be possible to pay the tax in instalments to assist those who hold mainly illiquid assets, such as residential property, from having to sell in order to pay the tax. It also recommends that the tax should be levied on individuals' net wealth, that is, after deduction of debts and liabilities, and that jointly held assets should be apportioned between owners. The report then goes on to estimate that such a tax on the net assets of UK residents above £500,000 could, at 1 per cent per annum for five years, raise £260 billion. If levied on net assets above £2 million, it could raise £80 billion.

Meanwhile, a European study developed in partnership with the Karl Renner Institute and the Austrian Federal Chamber of Labour advocates a pan-European wealth tax as well.12 The argument for a pan-European tax is that it would be much harder for individuals to avoid, unless they became resident outside of Europe altogether. Within the 22 European countries, the richest 1 per cent of individuals hold 32 per cent of European wealth whereas the poorest 50 per cent of individuals hold 4.5 per cent between them. The report finds that a 2 per cent tax on individuals who hold net assets above €1 million would only tax 3 per cent of the population and would likely raise revenues in the region of €192 billion, accounting for some evasion. A very progressive tax rate with a rate of 10 per cent above assets of €500 million could raise in the region of €357 billion, which equates to 3 per cent of European GDP.

As well as introducing a new wealth tax, there are also calls for changes to existing taxes. The OECD recently published a study on inheritance taxation in OECD countries, which notes that the inheritance tax bases in many countries have been narrowed due to exemptions and reliefs.15 Making estate and gift taxes more rigorous would not only raise revenue but also reduce wealth inequality through intra-generational transfers. The report also notes that, with many countries having ageing populations, there is a disparity between wealthy older generations and poorer younger generations. On average, inheritance tax revenues equate to only 0.5 per cent of the total tax revenues in most OECD countries, with only Belgium, France, Japan and South Korea collecting 1 per cent of total tax revenues from inheritance taxes.16

Within the 38 member countries of the OECD, 24 tax assets that are passed on the death of the owner. Interestingly, the majority of these countries tax on the basis of the value the recipient receives. Only four countries, being the US, the UK, South Korea and Denmark, tax on the basis of the value of the deceased's estate. US President Biden is attempting to push through a reduction in the lifetime gift and estate allowance from US$11.7 million to US $3.5 million, as well as to increase the top tax rate to 45 per cent up from 40 per cent.

The UK has no tax on outright lifetime gifts between individuals, but the threshold for gifts the deceased makes in the last seven years of life and through his or her estate is £325,000. However, many individuals can circumvent this through making lifetime gifts outside the seven-year window with no tax implications. However, the OECD report suggests that capturing lifetime gifts in the tax base, as well as reducing exemptions and reliefs, would make inheritance taxes more effective as well.

One separate non-pandemic rationale that has been advanced in the UK to support estate and gift tax reform is the theme of 'inter-generational fairness'. A report published by the All – Parliamentary Group in early 202017 advocated replacing the current UK donor-based tax regime with one based on a donee-based tax where every donee was given a lifetime exemption. Gifts in excess of that exemption would attract a 10 per cent flat tax rate. The preference for a donor-based system was in part fuelled by a desire to encourage donors to make gifts to their grandchildren as well as their children. It is unclear whether this approach will find favour with the government.

Meanwhile, despite the pandemic, transparency and automatic information exchange initiatives, which formed the main subject of my forewords in earlier years, have been progressing apace. Where high-net-worth individuals are taking advantage of technological advancements and easier remote working, and spending more time in different countries, they may become tax resident in multiple jurisdictions and, if not, at least reportable under measures such as those of the Financial Action Task Force, the Common Reporting Standard (CRS) and the sixth version of the EU Directive on administrative cooperation (DAC6). Indeed, the CRS FAQs were updated to advise financial institutions that where an individual's interests are split between multiple jurisdictions, the account can be 'reported to all Reportable jurisdictions where there is a residence address'.18 In this case, the individual will be reported to more tax authorities and perhaps subject to a higher degree of scrutiny than before.

Individuals are already facing enquiries from tax authorities as a result of the information exchanged between different countries. Currently, many enquiries are merely requesting further information, but it may be that in the near future countries will begin to adapt and modulate taxation regimes on the strength of this information. The introduction of the DAC6 legislation across the European Union will also provide a plethora of information to tax authorities and governments about arrangements that are not currently caught by the CRS.

Finally, the US is currently pursuing a global minimum corporation tax rate, which was pitched at 21 per cent before dropping to 15 per cent. Given high budget deficits and the need for increased revenue, governments are going to be even more reluctant to allow multinational corporations to avoid paying taxes in the countries in which they achieved their revenue. The oft-maligned Amazon, for example, made a record €44 billion in Europe in 2020, and yet paid no tax as the Luxembourg headquarters made a €1.2 billion loss.19

However governments end up dealing with the large debts that have been created, the rate of change, be it to tax rules or to disclosure obligations, continues to increase exponentially. What is clear is the need to keep a clear view of the road ahead so that our high-net-worth individual clients and their structures can adapt to the changing landscape.

7 Although the title makes the Commission sound official, it was not a government report but rather one in which the London School of Economics played a central role. 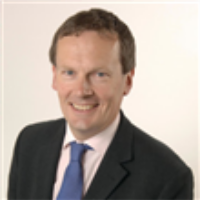