Although historically not a target country for wealthy individuals, Portugal has implemented structural reforms that have made it one of the best all-round jurisdictions for high-net-worth individuals to relocate to, in a whitelist-friendly tax environment.

Much of this success is down to the special programmes introduced to attract individual investors – the 'golden visa' residence permit regime and the special tax regime for non-habitual residents – and the absence of wealth tax, gift and inheritance taxation on transfers between spouses, descendants or ascendants, exit tax, free remittance of funds and international trends. In addition, there is, of course, the reduced cost of living, public safety, the healthcare system and the climate, among other factors.

An individual is liable to personal income tax (IRS) if he or she is considered to be a resident in the Portuguese territory or, if not, if he or she derives income from a Portuguese source. Generally, a person is deemed to be considered tax resident subject to unlimited taxation if, in the year to which the income relates, he or she:

For IRS purposes, income is divided into six categories:

Investment income (such as dividends, royalties and interests), real estate income (excluding capital gains from the transfer of real estate) and capital gains derived from the disposal of securities (such as shares, bonds, etc.) are subject to taxation at an autonomous final rate of 28 per cent.

Among other tax benefits, income regarding insurance policies, life assurance policies and pension funds schemes may be partially excluded from taxation whenever the amount of premiums, sums or contributions paid in the first half of the term of the contracts represents at least 35 per cent of the total.

With the aim of attracting high-net-worth professionals, entrepreneurs and pensioners, Portugal has implemented an attractive tax regime for foreign individuals who wish to establish a permanent or temporary residence in Portugal: the non-habitual residents tax regime (NHR).

The major advantage of the NHR, and the one that makes it extremely attractive compared with similar regimes adopted in other European countries, consists of the introduction of a 10-year period during which Portuguese-source income received by individuals developing a high value-added activity is subject to a reduced flat tax rate, and some types of foreign-source income, namely capital gains and business profits, may be fully exempt from tax in Portugal, irrespective of remittance.

Specifically, with regard to foreign-source income, the regime provides for a tax exemption if certain requirements regarding the type of income and taxation in the source state are met. These conditions are as follows:

Gift taxes are due at a 10 per cent rate on assets physically or legally located within the Portuguese territory at the time of death or donation. A surcharge of 0.8 per cent of the taxable property value may be imposed on gifts or inheritances as far as they consist of real estate.

Gifts and inheritances in favour of spouses, descendants or ascendants are stamp duty-exempt.

There is no wealth tax in Portugal. However, the identification number of bank accounts held abroad must be disclosed in the annual income tax return.

Property transfer tax is levied on the onerous transfer of immovable property. The tax is payable by the acquirer, whether an individual or a company, a resident or a non-resident. The taxable amount corresponds to the higher of the contracted value or the tax patrimonial value.

The tax due is assessed as described above at the following tax rates:

Local property tax (IMI) is levied annually on immovable property located within each municipality. The tax is payable on the taxable value by the owner of the property as of 31 December of each year, to be paid in one to three instalments, depending on the payable amount, in the following year.

The taxable value of urban property corresponds to the tax patrimonial value inscribed in the tax registry and is determined by reference to correcting coefficients.

The property tax rates are as follows:

Despite not legally recognising trusts, Portugal has implemented the following rules on the taxation of trusts and other fiduciary structures:

CFC rules were introduced in the 1990s aiming to combat international tax evasion, notably by means of the accumulation of profits in low-taxation territories. Basically, CFC rules provide for the inclusion, in the taxable income of resident companies and individuals that control foreign legal entities deemed domiciled in a blacklisted jurisdiction, of the undistributed passive income received by such entities.

Relevant control shall be deemed to exist where a Portuguese-resident taxpayer holds, either directly or indirectly, a corporate interest equal to or exceeding 25 per cent of the shares, voting rights or equity rights of the foreign entity or its financial assets, albeit via an agent, nominee, trustee or other intermediary.

Under these treaties, withholding tax rates on outbound dividend, interest and royalty payments are reduced wherever the beneficial owner of the income derived from Portugal is a tax resident of the other contracting state.

Portugal is a signatory to the Multilateral Convention to Implement Tax Treaty Related Measures to Prevent Base Erosion and Profit Shifting, the implementation of which impacts on the application of the existing double taxation treaties.

Portuguese succession laws have remained largely unchanged over the years, partly owing to cultural reasons, as succession is deemed a right of the family members of the deceased in respect of a continuum principle (where possession is retained by the family).

As in most civil law jurisdictions, the Portuguese succession legal framework is complex and characterised by strong limits to the right of free disposition mortis causa of one's property. Effectively, Portuguese succession law stipulates a forced heirship regime to protect the spouse, descendants and ascendants, ensuring these heirs to one-third to two-thirds of the deceased's total assets.

The portion of the inheritance (deceased's estate) that is reserved for the legal heirs is generally safeguarded and cannot be affected by will or even (in most cases) by donations prior to death, as the assets could be reintegrated in the inheritance.

A distinctive feature about Portuguese succession is that the Portuguese regime only applies if Portuguese law is considered to be the personal law of the deceased at the time of death or will, independent of the location of the assets comprising the inheritance, both movable and immovable (universal succession).

As mentioned before, the Portuguese succession regime has not kept pace with regulation and social changes related to marital status, these being largely irrelevant for succession purposes, de facto unions or civil partnerships and matrimonial property schemes adopted or prenuptial agreements, as none of these situations can affect the reserved portion or change the hierarchy of heirship.

In Portugal, the most common forms of will are the public will (which is drawn up by a notary and archived in the notary's books, although remaining strictly confidential) and the private will (which is handwritten by the testator, and its conformity with form requirements is then verified by a notary who issues the validation instrument).

Any of the said wills are freely revoked, with special requirements applicable to the public will, which need to be done by a public (i.e., not confidential) deed.

Portuguese law states that any will would be valid in Portugal if the material requirements of Portuguese law are met, the disposition does not offend or limit the reserved portion of the legal heirs, and if it is compliant with the laws of at least one of the following jurisdictions:

Although not as common as any of the said wills, it is also possible to conclude an international will, according to the Convention providing a Uniform Law on the Form of an International Will, concluded in Washington, DC on 26 October 1973.

Finally, according to Portuguese law – and as far as it is the applicable law – the disposition by will of the deceased's assets as the limit stated regarding the rights and the reserved portion of the inheritance of the legal heirs.

The Portuguese succession regime is still very strict, leaving little room for the legal possibilities of estate planning. In addition, as most transfers on death are exempt from inheritance tax, and taxes levied on wealth are nearly non-existent in Portugal, no advance tax planning is necessary in most cases.

That being said, there are still some situations that may justify the structure of some legal entities (as private limited corporations or public limited companies) or civil entities. In some cases, and for some specific and mostly altruistic purposes, it could also be justified to create a foundation, although in this case the creation and the activity of the foundation are subject to administrative approval and regulation.

Following the transposition of Directive (EU) 2015/849, Portugal has introduced a central register of beneficial owners under which the individual person or persons who, whether directly or through a third party, own or effectively control entities with legal personality subject to Portuguese or foreign law, and who conduct activities or carry out acts or legal business dealings in Portugal, must be disclosed. Entities subject to the register include associations, cooperatives, civil societies and commercial companies trusts, and other fiduciary structures.

As a classic civil law jurisdiction, Portugal does not regulate trusts or recognise the existence of trusts regulated by foreign law, and does not even refer to such entities, with a few exceptional situations:

One consequence of this legal vacuum is that a Portuguese settlor who sets up a trust must respect Portuguese mandatory heirship rules. Any infringement of these rules can be challenged by the heirs of the settlor, and the assets transferred to the trust may be reduced accordingly.

As Portugal has become a very popular retirement location for foreigners, life insurance is proving to be an attractive wealth-planning tool, thanks to the flexibility granted to the policyholder (allowing for partly redeeming the policies, changing the beneficiaries and, in some cases, intervening in the management of the portfolio), the high level of assets protection and the very advantageous tax regime. From an income tax perspective, taxation of income generated in an individual's life insurance is deferred and should only be taxed in the event of redemption, early payment or maturity of the policy. Tax could only be levied on the net income generated by life insurance. The Portuguese personal income tax law establishes that, provided that at least 35 per cent of the insurance premiums contractually due were paid during the first half of the contract's lifetime:

As a result of the tax reforms and programmes undertaken over the past few years, and other factors relating to economic, social and lifestyle aspects and political stability, Portugal is currently an extremely appealing country for wealthy individuals to have a foothold in, competing in this respect with other countries traditionally chosen for wealth-planning purposes. The NHR, along with the visa programmes, represented a major step forward, allowing those who become tax resident in Portugal and are accepted as non-habitual residents the opportunity to receive some types of qualifying income tax-free in Portugal.

1 Mafalda Alves is a partner at SRS Advogados. 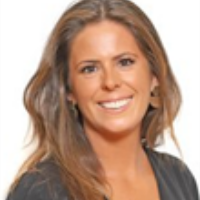 Explore all chapters on Portugal