One of the advantages of the Russian tax system is the flat and low tax rate for personal taxation.

There are a lot of individuals with significant wealth; however, most of them have taken the international route for investing. For example, they establish entities in Russia and also worldwide, opening bank accounts for investing both in Russia and worldwide.

In the Russian Federation, personal income tax (PIT) is a tax imposed on various income sources, such as:

A flat income tax rate of 13 per cent applies for Russian tax residents on all types of income, with some exceptions, including the following:

A flat income tax rate of 30 per cent (unless reduced under double tax treaty (DTT) provisions) applies to the Russian-source income of Russian tax non-residents with some exceptions, including the following:

The tax on the above-mentioned income is calculated as a percentage rate, which is applied to the tax base. Specific rates (reduced or standard) can be applied based on specific criteria.

From the 2021 tax year, the personal income tax rate has been increased to 15 per cent for a tax base exceeding 5 million roubles for each tax period.

Inheritance and gift tax existed in the Russian Federation before 1 January 2006, but has been abolished since. However, personal income tax may be payable by individuals receiving property by way of gifts, depending on the type of the property and its source. However, certain property received by individuals by way of gifts is included in the base of personal income tax depending on the property type and its source.

The market value of gifts received from organisations by individuals is generally used for personal income tax purposes.

Transactions between close relatives (i.e., spouses, parents and children, grandparents and grandchildren, brothers and sisters) are exempt from PIT.

An inheritance is generally exempt from tax; however, payments made to heirs in relation to an author's remuneration for inventions or arts would be taxed at the flat tax rate applicable to the individual tax residency status.

i Amendments to international DTTs

Russia is revising its double taxation agreements with popular foreign jurisdictions. In 2020, changes affected its DTTs with Cyprus, Malta, Luxembourg and the Netherlands. The essence of the amendments is the termination of withdrawing money to companies incorporated in foreign states where there are determined low income tax rates in accordance with a DTT.

According to the new version of the DTTs, the ordinary withholding tax rate on dividend and interest payments has been increased to 15 per cent (applied if the recipient is a beneficial owner of the interest income).

It should be noted that the Netherlands did not approve these amendments, and in May 2021 the President of the Russian Federation signed a law abolishing the DTT with the Netherlands. The Russia–Netherlands treaty will cease to be in force with effect from 2022.

However, regardless of the participation interest, a person can be recognised as controlling if he or she has the ability to have a decisive influence on decisions about the distribution of profits (income) of such organisation.

This recognition of a Russian tax resident as a controlling person of a CFC entails an obligation to report on a foreign company to the tax authorities of the Russian Federation. This is the submission of a notification about occurrence, change or termination of participation in a foreign company, the filing of annual CFC notifications and the submission of tax returns and payment of personal income tax if the CFC's profits exceed 10 million roubles.

The taxable profits of CFCs can be calculated by using one of the following options:

Foreign taxes paid on a CFC's profits may be offset against the Russian tax liabilities charged on the CFC's profits should Russian legislation or the laws of a foreign jurisdiction include such provisions.

A CFC's taxable amount may be reduced by the dividend amount paid from such profits during the tax year in which they were formed and the subsequent 12 months.

As of 1 January 2020, it is possible to withhold and pay tax in Russia only once in cases where income is paid from a Russian legal entity to a CFC and the latter pays it to a Russian controlling tax resident.

From the 2020 tax year, individuals can change the regime of taxation of their CFC's profit. CFC profit will be considered as fixed, which will make the amount of tax on such profits also fixed. The new regime allows a controlling person to pay a flat tax of 5 million roubles regardless of the actual amount of undistributed profits of the company, as well as the number of companies owned by the taxpayer.

If the taxpayer transits to the new regime in 2020 or 2021, the minimum period of application of the regime is three years. If a taxpayer chooses this regime in 2022 or later, it should be applied for at least five years.

In cases where the company receives losses during the period of application of fixed tax, they can be transferred to future periods after the revision to the regular regime.

The taxable CFC profits when applying the regime are fixed in the following amounts:

At present, it is possible to redomicile (relocate) a company from a foreign jurisdiction to the Russian Federation to special administrative regions (SARs). The SARs include the territory of Russky Island (Primorsky territory) and Oktyabrsky Island (Kaliningrad region).

For the redomicilation of a foreign company in the Russian Federation, the company should be recognised as an international company, which requires the following conditions to be simultaneously observed:

For the provision of tax benefits, the international company must be recognised by an international holding company, which requires the following conditions to be simultaneously observed:

On 3 August 2018, a set of special provisions was introduced for international business entities registered in SARs located in the Kaliningrad region and Primorsky territory (islands named Russky and Oktyabrsky).

An SAR foreign legal entity needs to enter into an agreement with a SAR management company, and needs to be registered as an international company that redomiciles to the Russian Federation and is included in the participants' register of the SAR by the management company. Additional requirements may apply.

Typically, personal income tax returns (the 3-NDFL form) should be submitted to the tax authority of the Russian Federation no later than 30 April following the expired year of receipt of income. The tax payment deadline is 15 July following the expired tax period. However, in 2020, because of the worldwide pandemic situation with covid-19, the deadline for filing 2019 3-NDFL forms was extended from 30 April for a period of three months. However, the deadline for tax payments under 2019 tax returns remains unchanged. Personal income tax, which is calculated based on the submission of a Russian tax return, should be paid by 15 July 2020.

Under Russian tax legislation, there are also tax agents. They are responsible for the calculation of personal income tax for individuals and the submission of the relevant tax forms (the 2-NDFL form). This rule applies only to certain kinds of Russian-source income (employment income, investment income from the Russian brokers of other financial institutes, etc.). In this regard, in some cases, such as those mentioned above, tax agents quarterly calculate the personal income tax of individuals, complete the special form, and withhold the appropriate personal income tax based on the kind of income and tax residency status. As a result, the Russian taxpayer receives a net amount of income and has the ability to exclude this income from the personal income tax return 3-NDFL form.

During a desk tax audit, the tax authority has the right to request the documents necessary for verification (for example, documents confirming the expenses that are accepted by the taxpayer as a reduction in the tax base). In the case of recognition of errors or inconsistencies, the tax authority may also send a request for clarification or amendments to the tax return. However, after three months, the tax authority should complete a desk audit.

The Russian Federation amended the Russian Tax Code for the purposes of the Common Reporting Standard (CRS) at the end of 2017.

Generally, financial institutions have an obligation to submit CRS reports related to foreign tax-resident beneficiaries or clients annually by 31 May of the year following the reporting period.

There are no special or unusual rules for succession in Russia.

Business operations can be conducted in the Russian Federation by using one of several organisational forms.

The most common entities for assets structuring used in the Russian Federation include the following:

There are separate business and non-profit organisations for conducting a specific type of business activity (for example, insurance companies, credit institutions, stock exchanges) that are not able to participate in other types of activities.

Traditional trusts do not exist in Russia; however, the Russian Civil Code includes the concept of fiduciary property management contract.

Generally, the tax liability of a business entity depends on the activity type and the chosen system of taxation (a simplified taxation system may be applied) and not on the organisational or legal form or ownership structure.

A foreign entity must register with the tax authorities should it plan to work in the territory of the Russian Federation for more than 30 calendar days a year.

Affiliates, representative offices and other separate subdivisions of a foreign company (if registered with tax authorities) are subject to all types of tax imposed by Russian legislation.

Taxation of partnerships and cooperatives is the same as taxation of other commercial companies. There is no transparency regime; the tax is paid by the partnership itself.

Non-profit organisations are subject to tax and charges imposed by current legislation. These organisations must include a report on their activities and management bodies, the use of funds and other property including the assets received from foreign entities in their accounting statements.

The principal legal act aimed at anti-money laundering in Russia is Federal Law No. 115-FZ 'On Combating Money Laundering and the Financing of Terrorism' (AML Law), which became effective on 1 February 2002.

The AML Law imposes certain requirements on credit, insurance and other entities. These companies must perform due diligence procedures with respect to clients (including foreign public officials and their sources of assets) and beneficiaries, and ask for certain types of information on payers in payment orders.

Starting from 2015, significant changes in the Russian tax system have made it more similar to worldwide practice. There are currently some new SARs that could be 'offshore zones' in Russia. This development could be attractive to new investors from abroad.

Because of the situation with covid-19, there should now be more steps taken towards changing the Russian tax system: changing DTTs with jurisdictions that are popular for Russian investors a new rate of PIT for high-net-wealth individuals and new rules for the taxation of investment income.

1 Alexander Golikov is a partner and Anastasiya Varseeva is a senior associate at BGP Litigation. 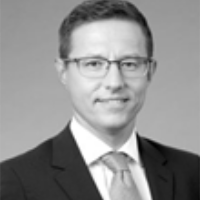 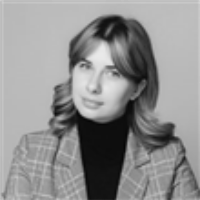 Explore all chapters on Russia