The Investment Law also has similar dispute resolution as normally stipulated in investment agreements. The Investment Law provides that in the event of an investment dispute between the government and the foreign investor, the parties will settle the dispute through international arbitration, upon which parties must agree. Therefore, it is important that any concession agreement or cooperation agreement entered between a foreign investor and the government include an arbitration clause, which normally is the case in practice.

In light of the above, the presence or absence of an investment agreement might not significantly affect foreign investment and financing in Indonesia.

The participation of private entities in the exploration, exploitation and utilisation of energy and natural resources as well as the development of infrastructure in Indonesia is conducted based on concession rights and permits granted by the government.

The concession is granted in the form of a joint operation contract.

The concession is currently granted in the form of a permit (i.e., a mining business licence (IUP) for the mining sector and a geothermal permit (IPB) for geothermal). Nevertheless, the existing concession agreements granted under the previous regime (a contract of work for the mining sector and a joint operation contract or energy sales contract for geothermal) that have not yet expired will remain valid and honoured by the government until the end of their respective validity periods. The contractors under these contracts must apply and obtain an IUP or IPB before the end of the validity period of the concession agreements if they wish to continue with the exploitation and utilisation activities under the concession area.

For toll roads, the water supply and airports, the concession right is granted in the form of a concession agreement.

On a related note, in recent years, the PPP scheme is often used in the development of energy projects in Indonesia such as geothermal and hydropower plants. For projects developed under the PPP scheme, the government or SOE and the preferred bidder (through its SPC) will enter into a cooperation agreement. In certain sectors where the development right is granted in the form of a concession agreement, the concession agreement is deemed as the cooperation agreement as mandated by the PPP regulation. PPP projects in Indonesia will obtain a guarantee from PT Penjaminan Infrastructure Indonesia (Persero), an SOE or a special purpose vehicle under the Ministry of Finance specifically tasked with providing guarantees for government infrastructure projects developed under the PPP scheme. In certain cases (depending on the scale of the project – the bigger the project, the higher the amount of guarantee will be required), the Minister of Finance also acts as co-guarantor.

Another issue that is sometimes raised or asked for by finance parties with respect to a concession in the form of a permit is the duration or validity period of the permit and how easy or straightforward it is to get an extension. Concession permits are generally granted with a long validity period of around 20 to 30 years and with possible extension. With respect to the extension, although it may not be entirely administrative in nature, usually it will be granted as long as there are no outstanding obligations (both under the regulation or the concession permit itself such as reporting, tax and non-tax payments to the government) of the SPC.

ii Permits for the development of projects

There have been significant changes to the permitting procedure in Indonesia, starting with the introduction and implementation of the online single submission (OSS) system. With the OSS system in place, now almost all applications and issuances of permits are conducted online and with a relatively shorter timeline. To make doing business easier, the government is also making efforts to eliminate a number of administrative and operational permits, licences and governmental approvals.

In addition to the reformation of the permitting procedure that is applicable generally, the government also provides additional facility for projects that are listed as national strategic projects3 in the form of an acceleration in the issuance of business licences.

3 The latest list of national strategic projects is found under Presidential Regulation No. 109 of 2020. 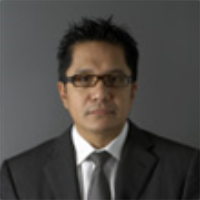 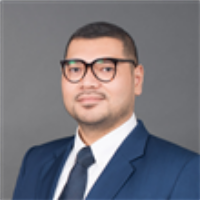 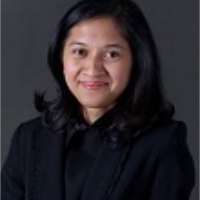