The Projects and Construction Review: Japan

The main assets for project finance in Japan are power plants and public infrastructure.

After the first project financing transaction took place in the late 1990s in relation to conventional power projects, private finance initiative (PFI) projects were at the centre of the project finance field.

The Japanese government enacted the Act on Promotion of Private Finance Initiative Funds (Act No. 117 of 1999, as amended (the PFI Act)), which initiated a boom in PFI projects. As PFI projects contemplated project finance debts, the project finance market developed in line with the expansion of the PFI market. Furthermore, after the PFI Act was amended in 2011 to introduce concession arrangements, project finance has been used for a wider range of infrastructure assets.

Investment in infrastructure is one of the core initiatives of the Japanese administration, which aims to invest ¥21 trillion in infrastructure projects between 2013 and 2022. The government considers the concession scheme to be a key tool in accomplishing that goal. Since the privatisation of two international airports in the Kansai region in 2016, many airports have been or will be privatised by way of this scheme. Furthermore, the government advocates using the concession scheme for other assets, such as cruise ship passenger terminal, MICE facilities, public hydropower plants and industrial water supply. The procurement of concessions has commenced for some of these assets.

The growth of the renewable energy sector is expected to continue but government policy regarding the feed-in tariff (FIT) system is changing because of criticisms regarding the rapidly increasing public costs for maintaining the FIT system.

With respect to offshore wind farm projects, while a commercial-based project has yet to emerge, a new act that provides for a legal framework in which a project company for an offshore wind farm can use the sea area for up to 30 years was passed by the parliament and its ancillary executive regulations have been promulgated. We hope this legislation will give some momentum to the offshore wind industry.

i Management of risks

Obstructions at the site

The GCCC provides that if a contractor discovers any obstructions to construction work at a site, the contractor shall immediately notify the administrative architect in writing (Article 16, GCCC). It also provides that if it is necessary to vary the scope of work, the additional amount shall be agreed by the employer, the administrative architect and the contractor, through consultation.

Unless the parties use these types of major contract forms, a contractor may have to bear the risk of unforeseen ground conditions. In a fixed-price contract, Tokyo High Court found that the contractor may not claim any additional costs, unless a court finds the situation to be extraordinarily unfair (Tokyo High Court, judgment of 29 March 1984, 1115 Hanrei Jiho 99). The Court considered certain factors to determine whether or not they were unfair, such as whether the conditions were not foreseeable by the parties and whether the conditions were not attributable to the contractor. It ultimately found that the conditions in question were foreseeable.

As a traditional civil law jurisdiction, Japan has the concept of force majeure but not that of frustration. Most contract forms have provisions for force majeure as a cause of extension of time or termination.

Theoretically, the core effect of force majeure is to prevent a contractor from being liable for delays to the work. Except where the work is no longer possible because of force majeure, the contractor has to resume and complete the work once the influence of force majeure ceases to be in play. Whether the contractor is entitled to claim additional costs for resuming and recovering the work is a matter of debate. However, most major contract forms provide that parties have to consult each other first, and if the parties agree that the contractor's losses on the uncompleted work, materials and equipment were substantial, and good care of these was not taken, the employer shall indemnify the contractor for those losses (Article 21, GCCC). As such, solutions provided by the major forms are still ambiguous and limited.

The concept of limitation of liability is generally accepted under Japanese law. It is common in particular types of projects, such as renewable energy. Furthermore, liquidated damages, which are caused by breach of contract, including but not limited to delay in completion and the agreed level of performance not being achieved, are also accepted under Japanese law and sometimes limit the amount of actual damages.

Foreign investors should note that a defaulting party may be liable for tort as well as for breach of contract. If there are defects in a building that jeopardise its basic safety and the defects are attributed to the design, the designer shall be liable for the damage caused by the defects incurred not only by the employer but also by a third party under the tort theory (Superior Court, judgment of 6 July 2007, 1984 Hanrei Jiho 34).

The GCCC provides that either party may, by expressly stating its reason, make a claim for a necessary adjustment to the contract price if it is being used inappropriately or improperly owing to unexpected legislation (Article 29, GCCC); however, the GCCC does not provide an effective price adjustment mechanism, leaving it to the parties to negotiate and agree. This kind of ambiguity is found in the majority of domestic projects and construction contracts.

With the exception of a construction agreement in relation to a conventional public procurement (without project finance debt being employed), performance bonds are not widely used in construction agreements, except for projects in which international sponsors are involved. If performance bonds are required for such a project, they often take the form of a demand guarantee under the Uniform Rules for Demand Guarantees published by the International Chamber of Commerce.

The following are typically procured in relation to project finance:

Enforcement of security and bankruptcy proceedings

i Licensing and permits

For the development of power plants or other infrastructures, all the applicable permits, certifications and notifications relating to the development must be obtained and implemented. In addition to nationwide regulations, in most cases there are multiple layers of local regulations set by prefectures, cities, towns, villages and wards that may include a requirement to conduct an environmental impact assessment.

Some of the leading Japanese banks have adopted the Equator Principles, and typical covenants and representations required by the Principles commonly appear in project finance documentation.

PPP and other public procurement methods

Before the concession scheme was introduced in 2011, most PFI projects were availability-based accommodation projects (e.g., schools, government offices, public housing, hospitals, school catering service facilities and libraries); transport sector projects, such as Haneda International Airport, were exceptions, although PFI can be used for various types of infrastructure and is flexible. The amendment of the PFI Act in 2011 aimed to change this situation and to develop the PFI regime to accommodate broader PPPs that can be used for various types of infrastructure projects, i.e., the concession arrangement. Under the concession scheme, a concessionaire is allowed to collect from the general public a commission, toll, fee or other moneys for the use of the infrastructure it operates. As such, the concession scheme is considered an appropriate form for a project in which the private sector assumes all or part of the revenue and demand risk.

Although criminal sanctions apply to persons who commit serious violations of procurement procedures (e.g., graft or cartel activity), there is no specific cause of action available to losing bidders that can stop the procurement procedure or the conclusion of the contract.

Generally, litigation at court is the most popular dispute resolution procedure. Although there is no special jurisdiction of special courts for projects and construction disputes, district courts in Tokyo and Osaka have a section called the building division. Nonetheless, foreign investors should note that Japanese courts, even those with building divisions, are generally not familiar with expert analysis on delay because there are almost no experts in this area. District courts also provide court-sponsored mediation services (private mediation services are rarely used in any of the industry sectors).

The CBA designates the 'construction dispute board' (CDB) as the government-sponsored alternative dispute resolution (ADR) procedure (Article 25, CBA). There are local CDBs and a central CDB. The jurisdiction of each CDB is determined by the registered office of the claimant or the construction site in question. Central and local governments appoint a panel of mediator-arbitrators.

The project finance market in Japan still has room to expand but, in the areas of concession-type PFI projects and offshore wind farm projects (among others), the potential for expansion depends on the level of deregulation by the national government.

The role of local governments is also important as they have the power to initiate or support various projects that are potential targets for project financing. 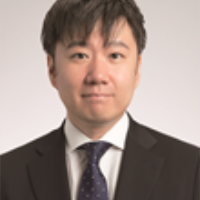