In the reports from around the world collected in this volume, we continue to see international overlap among the issues and industries attracting government enforcement attention. Of particular note this year, many chapters discuss the covid-19 pandemic and related competition matters, including price-gouging investigations and policy statements on collaborations to fight the pandemic. Relatedly, several jurisdictions paid particular attention to sectors such as healthcare, online commerce and retail food. Despite the pandemic, competition enforcement in many jurisdictions continued in line with past practice, while a few jurisdictions saw record fines or activity in certain areas. Meanwhile, our contributors from Mexico describe a 'challenging political environment' related to competition enforcement.

Several agencies, including those in Argentina, Japan, Poland and the United States had a change in leadership. Perhaps the most significant change comes from the United Kingdom. That chapter provides an informative overview of the UK competition law regime post-Brexit and discusses the competencies and priorities of the Competition and Markets Authority (CMA) as the United Kingdom emerges from the transition period under the European Union Withdrawal Agreement. Our authors note an active agenda for the CMA. Now, for example, 'global mergers can expect to face parallel reviews on both sides of the English Channel.'

Merger review and enforcement activity remains robust. The chapters that follow note activity in many sectors and several overlapping investigations. Of particular note, both the UK and US chapters discuss the Sabre/Farelogix transaction, which was allowed by a court in the United States but blocked by the CMA. We also learn that in 2020, the French Competition Authority blocked a merger for the first time ever. Our authors note that the merger 'would have created a duopoly between the hypermarket retailers Carrefour and E Leclerc in the conurbation of Troyes city'. Our contributors from Poland note that authorities there issued a record number of merger decisions, and the chapter from Indonesia notes an increase in merger filings there 'partly due to the expansion of the scope of mergers and transactions that must be notified' to the Indonesia Competition Commission. Enforcers in several jurisdictions issued merger enforcement guidance. The UK published draft merger assessment guidelines, French authorities published new merger control guidelines and the US federal enforcement agencies published vertical merger guidelines.

The policing of cartels remains a focus of competition agencies around the globe. Japan issued fines for bid rigging in the construction industry. The Canadian Competition Bureau concluded investigations into municipal contract bid-rigging. Greek authorities also conducted several bid-rigging investigations, including in construction and security services. A price-fixing investigation in the banking sector in Greece 'triggered the biggest dawn-raid ever witnessed' to date. Cartel fines in Taiwan 'soared in 2020,' our authors note, as a result of fines issued in connection with the hard disk drive suspension products cartel matter there. Portuguese authorities also levied their largest fines ever. These were in cases involving telecommunications services and in the retail food sector.

Digital platforms have continued to attract scrutiny and regulatory action worldwide. Several agencies established groups specifically focused on this area. For example, Japan enacted a Digital Platform Transaction Transparency Act and established an Office of Policy Planning and Research for Digital Markets. French authorities have created a dedicated Digital Economy Unit and are investigating the digital sector. Greek authorities launched a sectoral inquiry into e-commerce and fintech. Several jurisdictions are also investigating digital platforms. Italy is pursuing investigations into Amazon, Apple and Google; Canada is investigating Amazon; France implemented interim measures against Google. And, of course, the enforcement authorities in the United States filed antitrust cases against Google and Facebook. Turkish authorities are also investigating platforms and are working on a Digitalization and Competition Policy Report. The Mexican COFECE published a Digital Market Strategy and 'created a special Digital Market Division'.

In addition to digital platforms, pharmaceutical companies are also seeing attention from competition enforcement authorities around the globe. For example, UK and Japanese authorities took actions against bid rigging in this sector. Turkey conducted an investigation into alleged collusion for eye treatment drugs. The French Competition Authority also imposed fines in this area. The Italian Council of State upheld a fine imposed by competition authorities there against a pharmaceutical company for 'excessive prices' for certain drugs. Canada concluded an inquiry into conduct involving the ability of generic pharmaceutical manufacturers to access samples of branded drugs for regulatory purposes. The United States also took notable action against pharmaceutical companies.

In the coming year, we will watch with interest to see how enforcers around the world approach these (and perhaps other) common areas of interest. 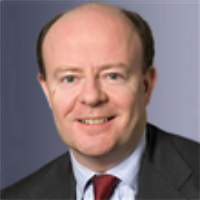