John Nevin
Slaughter and May

Back in June 2016 the British electorate voted to leave the EU. A lot has happened since then. We have had two general elections and two new prime ministers. Clients and their advisers must accept that Brexit is going to happen and identify the risks and opportunities that lie ahead, both in the near term and in the coming months and years once Brexit has taken effect. After such a seismic event, uncertainty has proved to be the only certainty.

From the real estate perspective, the purely legal implications are of significantly less importance than the effect on market conditions. Perhaps the biggest concern is whether the UK (and London in particular) will continue to attract inward investment and retain its appeal as a country in which to do business and where people from around the world want to live and work. This will depend in part on the extent to which the UK's status is seen as dependent on its connection to the EU. Taking a more global view, it can be argued that the UK's position is such that membership of the EU has limited relevance and that London will remain a true global city irrespective of Brexit.

The outcome of the general election on 12 December 2019 has provided certainty regarding the timing of Brexit. The government's 29 March and 31 October deadlines both came and went with only limited progress being made. Boris Johnson's increased majority ensured that his deal with the EU was approved by Parliament. The Prime Minister's 'Get Brexit done' manifesto promised that the UK will leave the EU on 31 January. Save for the Protocol on Ireland and Northern Ireland, the deal does not involve any substantive changes to the Withdrawal Agreement and Political Declaration agreed by Boris Johnson's predecessor, Theresa May. Once the Withdrawal Agreement is ratified, the UK will enter into a 'transition period' that ends on 31 December 2020. Although the Withdrawal Agreement allows for an extension of the period by agreement, the Conservatives' manifesto confirms that no extension will be sought. Boris Johnson has made limited changes to Theresa May's Political Declaration to reflect his 'Super-Canada' goals. The losses suffered by Jeremy Corbyn's Labour Party and Jo Swinson's Liberal Democrats underlined the result of the EU referendum and strengthened the democratic mandate to leave the EU. The gains made by Nicola Sturgeon's Scottish Nationalists has strengthened calls for a second independence referendum following Brexit and leaving the EU will also increase the risk of instability in Northern Ireland.

The Withdrawal Agreement provides that all existing EU law will continue to apply to the UK as though it was still a Member State during the transition period. At the end of the transition period, the European Union (Withdrawal) Act 2018 will remove the European Communities Act 1972 from the statute book and enshrine all existing EU law into British law. Brexit gives the UK the opportunity to choose those aspects of EU law that work while modifying or repealing those that do not. The process of modifying existing EU law will continue for a number of years as domestic law establishes its independence. The Political Declaration, although not legally binding, is of significant political weight in setting out the basis for the UK's future relationship with the EU. If a trade agreement is not reached with the EU within the transition period, the UK will be in broadly the same position as if it had left the EU on exit day without a deal.

The uncertainty surrounding Brexit needs to be considered in the light of continuing international economic and political concerns. Overseas investors will continue to look for attractive assets and income streams. Brexit notwithstanding, UK real estate has retained its appeal as a safe haven where businesses, individuals and funds can store, protect and grow their wealth. Indeed, there are a number of factors that have combined to make UK real estate an excellent investment opportunity. Perhaps of most significance is the ongoing weakness of the pound. Sterling plunged to a 30-year low following the vote, and the exchange rate remains favourable to overseas buyers. Although the Bank of England has raised interest rates to 0.75 per cent, they remain at historically low levels and, assuming there is an orderly Brexit, any further increases are likely to be limited and gradual. Unemployment remains low, and there has been a slew of other better-than-expected economic data. In addition, a number of trophy assets have come to the market, and the 'super prime' market in the residential sector has recorded significant price reductions because of falling volumes, creating a buying opportunity. These and other factors mean that the UK has become a slightly more affordable global property hot spot.

Uncertainty will continue as the UK proceeds with the extraction process. Negotiations with the EU and global trading partners are likely to be complicated and protracted, with the remaining EU members being very wary of being seen to give the UK a 'soft' deal. Concerns remain that businesses may seek to relocate or downsize their UK operations, and this is tied to fears about tighter controls on the free movement of people. Announcements of employees relocating have so far largely referred to inconsequential numbers. In addition to the effects on businesses generally, restrictions on immigration will be a particular problem for the construction industry, which is heavily reliant on the EU for skilled and non-skilled labour. In summary, the UK real estate market has held up better than many in the industry expected, but there will undoubtedly continue to be bumps and corresponding opportunities along the way as Brexit becomes a reality.

As far as the property industry is concerned, the effect of Brexit on market conditions has always been of far greater significance than the purely legal implications. In Canary Wharf (BP4) T1 Ltd v. European Medicines Agency,2 the High Court ruled that Brexit will not frustrate an existing lease. The European Medicines Agency (EMA) is responsible for approving drugs for the EU member states. The EMA has left its London headquarters and relocated to new European headquarters in Amsterdam as a result of the UK deciding to leave the EU. This meant that its existing offices at 30 Churchill Place in Canary Wharf were surplus to requirements. The EMA's landlord, Canary Wharf, obtained a declaration that Brexit will not frustrate the EMA's lease. If the lease was frustrated by Brexit, the EMA would be able to walk away without any further liability for rent or other obligations under the lease. Frustration applies where an intervening event has made performance of a contract impossible, illegal or significantly different from that contemplated by the parties. The courts will not allow the doctrine to be used to avoid a contract that has simply become a bad bargain for one of the parties. The possibility of the EMA needing to relocate during the term had been addressed by the terms of the lease and the risk of Brexit and other events had been assumed by the EMA. Having headquarters outside the EU would undoubtedly be very inconvenient for the EMA, but it was not sufficient for the High Court to rule that it would be just for it to avoid its obligations as tenant. Although the EMA had been granted leave to appeal to the Court of Appeal, the parties settled after the EMA agreed to sublet the building to WeWork. Accordingly, the High Court decision remains good law. This is good news for landlords giving some certainty in uncertain times.

Brexit does not have any direct legal implications for the way in which UK land is held and transacted. Overseas investors will continue to be able to own, sell and lease UK real estate without any legal restrictions, and registration at the Land Registry affords secure title backed by a state guarantee. The effect on inward investment is more dependent on the wider economic and political considerations that come with UK independence and the form that ultimately takes. That is not to say that Brexit will not have an effect on real estate transactions – clearly, the market is driven by the need for occupiers and Brexit is going to have some effect over where businesses choose to locate. The trend towards shorter, more flexible leases will continue as occupiers monitor the position and weigh up their options. Break clauses, alienation provisions and rental structures will be a particular focus, both for new deals and for the regearing of existing leases. The rapidly expanding serviced office sector provides occupiers with the flexible, well-connected space they require during this period of uncertainty.

The position in relation to environmental and climate change law is very different. EU legislation governs the vast majority of the UK's environmental and climate change law and policy. This in turn affects the environmental aspects of the planning process. State aid and procurement and the Alternative Investment Fund Managers Directive are also governed by EU regulations. Brexit will have significant and direct implications in all these areas, although our expectation is that much of the environmental legislation is here to stay. Investors in infrastructure and energy will also be aware of the effect of Brexit, while the mining and minerals market will be less affected.

Although it is impossible to predict the future, the outlook for UK real estate is more positive than had been feared, progress has been made and there is cautious optimism for the successful conclusion of an orderly Brexit. Real estate practitioners can help their clients to develop an appropriate post-Brexit strategy to ensure that risks are assessed and monitored and opportunities are taken, some of which may arise because of exchange rate movements.

To many overseas investors, the fact that gains made on direct and indirect disposals of UK commercial property by non-residents are now subject to tax is of far greater significance than Brexit. The proposed introduction of a new beneficial owners register for overseas entities owning UK real estate may also deter inward investment.

To achieve some perspective on the inevitable uncertainty, it is important to see Brexit in a global context. Concerns about the Trump administration and its trade war with China, the effect of climate change and natural disasters, potential instability in Europe, the Chinese economy, concerns about North Korea, conflict in Africa, the threat of war with Iran, unrest in Hong Kong and the war on terror all mean that UK real estate will retain its appeal for overseas investors. However, there is no room for complacency, and it is clear that the UK must work hard to ensure that it remains attractive to investors and continues to play a key role in the global real estate market. 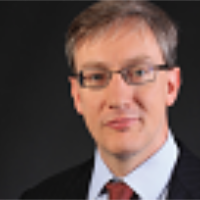