After consultation with Federal President Alexander Van der Bellen, Federal Chancellor Sebastian Kurz (Austrian People's Party) announced early elections on 18 May 2019 because of the 'Ibiza affair'. Hence, the planned innovations in the energy sector had to be postponed. It is now up to the 'new' government to push through the innovations in the energy sector. Nevertheless, 2020 will be a year of major decisions not only in Austria, but also at the European level, as the domestic electricity industry is waiting for the Renewable Energies Expansion Act (EAG), which was initiated but not passed by the previous government. The current Minister of the Environment wants the EAG, which the power industry is eagerly awaiting, to come into effect at the beginning of 2021. Furthermore, the Energy Efficiency Act is to be revised in accordance with the current government programme.

As was already the case last year, Austria is close to achieving its 2020 renewable energy target of 34 per cent, although it is at risk of missing its 2020 target for energy efficiency.2

In 2016, 33.5 per cent of Austria's final energy consumption came from renewables.3 The government is aiming for all electricity to come from renewable sources by 20304 and for a fully decarbonised energy sector by 2050. The new Austrian government shows a clear political commitment to renewable energy, thus opening, or reopening, a huge potential market. To do so, the Austrian government put additional funding into the renewable energy market by way of an amendment of the Green Electricity Act5 and coupled with that, as already mentioned, the EAG shall come into effect at the beginning of 2021. Therefore, renewable energies are of major importance in Austria. Austria provides a dynamic environment despite the fact that Austrian electricity law is divided between federal and state law. However, among countries in the European Union, Austria leads the pack when it comes to the percentage of electricity it generates from renewable sources.6

The latest figures on the Austrian energy industry show that Austria continues to play a pioneering role in the use of renewable energy sources. Above all, the use of biomass, wind, photovoltaics and hydropower is of paramount importance. With the highest share of renewable energies in gross electricity consumption, Austria continues to occupy the top position within the European Union. The share of wind power and photovoltaics increased further between 2005 and 2016, and currently accounts for 4.4 per cent of domestic energy generation.

In May 2018, the Austrian Climate and Energy Strategy7 was decided by the federal government. The strategy aims to reduce greenhouse gas emissions by 36 per cent by 2030, and to decarbonise energy provision by 2050. This will be reached by increasing the share of renewable energy to 45 to 50 per cent by 2030, from the current level of 33.5 per cent, with a sub-target of fully renewable electricity production by 2030; and by increasing energy efficiency by 30 per cent by 2030 as compared to 2015, with a 1,200PJ limit of total primary energy demand in 2030.8

Nevertheless, the government programme for 2020–2024 sets the goal of providing 100 per cent of total national electricity consumption from renewables by 2030, which will require an additional 27TWh of electricity from renewables. Photovoltaic generation capacity is to be expanded by 11TWh, wind power by 10TWh, hydropower by 5TWh (with a division between small hydropower and large-scale hydropower based on ecological potential) and biomass by 1TWh.

The Austrian electricity market, which was liberalised in 2011, operates within a framework that consists of the relevant legislation at EU, Austrian and provincial level: the decisions handed down by the bodies of the Austrian regulatory authority, E-Control, the Austrian electricity market rules and the market participants' general terms and conditions.9 The regulatory regime relating to renewable energy has undergone several amendments in recent years. In general, recent legislative actions have addressed the issue of a more efficient allocation of support funds and have aimed at a quicker approximation of green electricity facilities to real market conditions. The regulatory regime is likely to undergo similar amendments in the years ahead. However, there are currently no indications of anticipated fundamental changes to the regulatory regime governing renewable energy in Austria in the near future.

The legislative competency in matters of electricity is shared between the federal state, which has competence for enacting the framework legislation in the electricity sector, and the federal provinces of Austria, which are responsible for the implementing legislation.

The federal state has adopted the Federal Electricity Industry and Organisation Act, which contains directly applicable provisions of law and sets out the legislative framework to be further specified by the nine Austrian federal provinces. The federal provinces have enacted provincial electricity statutes in accordance with the framework provisions of the Federal Electricity Industry and Organisation Act. As a consequence of this split of areas of competence, the Austrian legal structure regulating electricity is rather heterogeneous. However, the following acts or ordinances are the principal regulatory acts related to renewable energy in Austria:

Notwithstanding the above, the construction of a power plant may be subject to various permits.

If the regulatory regime under the EIA Act does not apply, the power generating facility (in particular hydropower plants) may require the issuance of a water use permit. The water use permit is usually issued by the relevant district authority or, in the case of hydropower plants with a maximum capacity of more than 0.5MW, the relevant provincial governor in accordance with the conditions set out in the Federal Water Act. Moreover, setting up a power generating facility will, in most cases, require a permit under the applicable building laws. Building laws fall within the sole competence of the federal provinces of Austria. Therefore, regulations regarding the construction and operation of a building vary from province to province. In general, a hierarchy of provincial zoning and construction plans determines the sites on which a power plant may be set up. Provincial building laws contain rules regarding the construction of the building and the administrative permitting procedure. The competent construction authority in the permitting procedure is usually the mayor of the relevant municipality. This decision is subject to appeal to the municipal council in most of the federal provinces. In some federal provinces (e.g., Tyrol, Vienna, Upper Austria or Vorarlberg), this decision is subject to appeal to the relevant provincial administrative court. According to the general administrative procedural rules, the authorities have to issue a decision within six months of submission of an application, unless stated otherwise.

Finally, there is no Austrian legislation requiring the participation in a prior tender procedure to be granted the right (concession) to exploit natural resources. Hence, the Austrian legislation does not foresee the possibility of triggering a public tender by way of an unsolicited proposal. Consequently, no specific act prescribing the award of concessions for the right to exploit natural resources by way of a public tender or the mandatory conclusion of a concession contract with some public entity as legal basis for this right has been enacted.

In Austria, there is no preferred specific legal form of investment vehicle in the renewable energy sector. As a matter of general business practice, the legal entity operating a green electricity facility will usually be a limited liability company or a joint-stock corporation.

Besides the Green Electricity Act, the Climate and Energy Fund Act is the legal basis for subsidies from the Austrian climate and energy fund granted for projects relating to energy efficiency and sustainability (e.g., for photovoltaic facilities with a peak capacity of up to 5KW).

In addition, the federal provinces may enact individual investment incentive mechanisms within their legislative competence. Such investment incentives usually relate to the construction of photovoltaic and biogas facilities operated on a private level.

As a matter of fact, the already existing Austrian generation structure is characterised by a considerable amount (16 per cent) of distributed generation.16 In particular, the key players for distributed energy are in the hydropower, wind power and photovoltaic sector. A steady tendency for a significant rise in distributed renewable energy is expected in Austria.

Renewable energy as an alternative to fossil-fuel energy is more than simply a catchword for Austrian companies. Austrian companies are aware of their responsibility and invested early in this promising area.18 There are no special policies or programmes supporting renewable energy manufacturing; however, the Green Electricity Act, the environmental support for companies, and the climate and energy funding pools, as well as the Austrian Research Promotion Agency,19 may be quoted as prime examples of state subsidy programmes, although not specifically aimed at the manufacturing sector. Furthermore, there are no tariff or trade policies with respect to renewable energy equipment in Austria.

The regulatory regime relating to renewable energy has undergone several amendments in recent years. In general, the recent legislative actions have addressed the issue of a more efficient allocation of support funds and have aimed at a quicker approximation of the green electricity facilities to real market conditions. However, Austria is still an interesting market for investors and project developers because of a guaranteed feed-in tariff that encourages renewable energy project development. Hence, the proportion of renewable energy compared to the gross amount of energy consumption in Austria is exemplary. With a share of 32.2 per cent, Austria lies in third place behind Latvia and Sweden.20 The fields of hydropower (38.9 per cent), solid biomass (31.5 per cent) and district heating (10.3 per cent) contribute primarily to the total volume of renewable energy.21

The European Union has set itself the target of improving the energy efficiency of buildings by 2020 and increasing the use of renewable energy for heating, hot water and air conditioning.22 The Austrian government goes one step further and is aiming for all electricity to come from renewable sources by 2030, and for a fully decarbonised energy sector by 2050. What is certain is that Austria with its renewable energy strategy will play a major role in the future, especially in view of the forthcoming entry into effect of the EAG in 2021, succeeding the Green Electricity Act of 2012 and making Austria even more attractive for investors in the process.

1 Stefan Lampert is an attorney at law specialising in environmental and energy regulatory matters.

10 E-Control is a public authority.

11 Directive (EU) 2018/2001 of the European Parliament and of the Council of 11 December 2018 on the promotion of the use of energy from renewable sources.

14 The Austrian Federal Ministry for Climate Action, Environment, Energy, Mobility, Innovation and Technology announced the revision of the Energy Efficiency Act as part of the government programme. 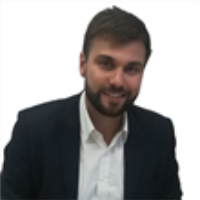 Explore all chapters on Austria