At the start of my career in the renewable energy industry, renewable energy generation was seen as an immature, fast-developing subsector that was seeking to get a foothold in, and be accepted within, the existing mature and stable electricity sector. Renewables focused on gaining political and social support for new or decentralised technologies that were often perceived as costly and unreliable. At that time, it was also primarily developed economies that were funding and supporting this nascent industry through feed-in tariffs or certificate schemes.

While renewable energy remains a subsector in transition, the conversation has moved on substantially. It is now largely focused on new jurisdictions, much larger projects and marginal efficiencies from technological gains. It is also about whether governments, through facilitative legal and regulatory regimes, are catalysing the development of a sufficiently long and sizeable pipeline of projects to feed the almost insatiable desire of banks, investors and developers to deploy capital and debt in the sector.

Five years on from the signing of the Paris Agreement, the world has witnessed the consequences of systemic threats on a global scale via the spread of the covid-19 pandemic. The message of the Paris Agreement was clear in that it is the shared responsibility of the global community to mitigate the impact of climate change, and those with the broadest shoulders should take the largest burden.

Despite the impact of the covid-19 pandemic, IRENA reported a record 260GW of renewable energy capacity added globally in 2020, beating previous records by almost 50 per cent. Looking ahead to COP26, which is scheduled to take place in Glasgow, United Kingdom later this year, we have seen renewed commitments and increasingly ambitious targets to deploy renewable energy from governments across the globe in the spirit of 'green recovery' in light of covid-19, as well as to respond to climate change threats. Securing the transition to a clean energy system has become less about actively facilitating or subsidising the sector and more about removing the legal, political and structural barriers to deployment.

The decarbonisation of energy systems remains fundamental in global efforts to keep the global temperature increase to below 2°C. Deployment of renewable energy across the globe will play an important role in the world's clean energy transition. However, it is not the only driver for renewable energy deployment. Renewable power is also now, in many places, the cheapest form of new capacity to add to the electricity system. This means that it also has an important role in helping post-pandemic economic recovery. In addition, many people are anticipating a very significant increase in 'clean power' consumption driven by, among other things, the electrification of transport.

This guide has been produced to provide an overview of the legal framework and current status and challenges in structuring, financing and investing in renewable energy projects in the selected jurisdictions. Whether you are already active in the sector or simply interested in learning more about the legal framework and key developments underpinning the renewable energy industry, I hope that this guide will provide you with an insight into our exciting industry. 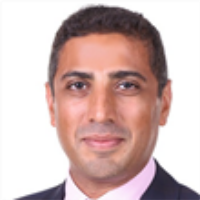