In the years since the last financial crisis, shareholder activism has been on the rise around the world. Institutional shareholders are taking a broad range of actions to leverage their ownership position to influence public company behaviour. Activist investors often advocate for changes to the company, such as its corporate governance practices, financial decisions and strategic direction. Shareholder activism comes in many forms, from privately engaging in a dialogue with a company on certain issues, to waging a contest to replace members of a company's board of directors, to publicly agitating for a company to undergo a fundamental transaction.

Although the types of activists and forms of activism may vary, there is no question that shareholder activism is a prominent, and likely permanent, feature of the corporate landscape. Boards of directors, management and the markets are now more attuned to and prepared for shareholder activism, and engaging with investors is a priority for boards and management as a hallmark of basic good governance.

Shareholder activism is a global phenomenon that is effecting change to the corporate landscape and grabbing headlines not only in North America but also in Europe, Australia and Asia. Although shareholder activism is still most prevalent in North America, and particularly in the United States, activism campaigns directed at non-US companies now represent approximately half of global activism activity. This movement is being driven by, among other things, a search by hedge funds for diversified investment opportunities and a cultural shift towards increased shareholder engagement in Europe, Australia and Asia.

The covid-19 pandemic and other political and cultural events of 2020 have further heightened focus on corporate governance as well as environmental, social and political (ESP) considerations impacting public companies. Although the global crisis decreased activist campaign activity in the short-term, activism activity has since returned with full force as predicted. Moreover, practitioners generally expect to see activists further incorporate corporate governance and ESP themes into their activism campaigns.

My sincere thanks to all of the authors who contributed their expertise, time and labour to this sixth edition of The Shareholder Rights and Activism Review. As shareholder activism continues to diversify and increase its global footprint, this review will continue to serve as an invaluable resource for legal and corporate practitioners worldwide. 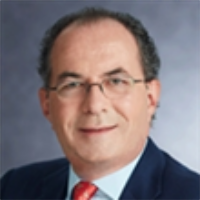