At its simplest, logistics is about getting the right goods to the right place at the right time and managing the information and documentation flow to facilitate this task. Whether a company is a supermarket moving goods in containers, a contractor building a new facility and moving materials and equipment to the project site, an energy company moving oil in bulk, or a trading house moving coal, some logistics will be involved in one form or another. In this chapter we focus on the carriage of goods by sea, but other modes of transportation (inland waterways, air, road, rail), multimodal transport, warehousing and storage, and value-added services (such as consolidation, co-packing and supply-chain management) that are ancillary to these activities are all encompassed by the term 'logistics'.

The transportation of goods by sea involves numerous different parties operating across the supply chain. This inevitably gives rise to a number of contractual arrangements and relationships. In broad terms, when goods are transported by sea, the transportation contract governing the carriage is known as a contract of affreightment. These contracts appear in several different forms, which are generally divided into two categories: the charter party and the bill of lading. We examine both, but our focus is on the latter.

In broad terms, a charter party is an agreement under which a shipowner agrees to make available the entire carrying capacity of his or her vessel for either a particular voyage (or voyages) or for a defined period. This arrangement is known as chartering and the person to whom the vessel is made available is known as the charterer.

There are several types of charter party, the most common of which are:

In addition to the foregoing, there are several hybrid forms of charter party, which are combinations of a voyage and a time charter party. One such hybrid is the trip charter, under which a vessel is time chartered for a specific cargo voyage. Another is the slot charter, according to which a fixed number of container spaces are chartered per voyage and a set price is payable per slot. Finally, under a consecutive voyage charter, a vessel may be chartered for a specific period, but the vessel is required to fulfil a number of voyages between fixed ports during the period of hire.

The key difference between a time charter party and a voyage charter party is that the former permits the charterer a certain degree of flexibility (subject to the terms of the charter party itself) to employ the vessel however he or she so chooses, whereas under the latter, the charterer is required to carry a specific cargo from a specific place at a specific time to a specific place. The time charterer therefore controls the commercial operation of the vessel and, as a result, usually bears the costs arising out of his or her employment of the vessel (the cost of fuel, port charges, the costs of loading and unloading the cargo, etc). The voyage charterer, in contrast, is much less involved in the commercial function of the vessel and, therefore, does not bear these costs. The voyage charterer's key responsibility is to ensure that the cargo is loaded and discharged at the agreed time. He or she may therefore be required to take responsibility for the cost of any time incurred in loading or discharging cargo that is outside the permitted number of days for doing so.

Over the years, a number of standard-form charter parties have been developed by various organisations and are commonly used throughout the shipping industry. In particular, BIMCO2 has developed a number of well-known standard forms, such as the Standard Bareboat Charter (BARECON 2001 and 2017) for demise charter parties and the Standard Time Charter Party for Container Vessels (BOXTIME 2004). For voyage charter parties, the BIMCO Uniform Charter (1922, as revised in 1976 and 1994) (GENCON) is commonly used for all types of goods. There is also the New York Produce Exchange Time Charter (1946, as revised in 1993 and 2015) for time charter parties and the SHELLVOY (Shell's standard form tanker voyage charter party), which has also been adopted by the market.3 BIMCO also created SLOTHIRE (1993) as a standard form to be used for slot chartering.

It is important to note that a long chain of different charter parties may develop. This will arise in circumstances where a shipowner charters his or her vessel to a charterer who in turn sub-charters the vessel to another charterer and so on. The terms of the charter parties running up and down the chain may be 'back-to-back' (i.e., materially the same), or they may be different. In the case of a charter party dispute, careful attention will need to be paid to the terms of the charter party and consideration will need to be given to the question as to whether it is possible to pass the claim up or down the contractual chain.

III Bills of lading and waybills

There are various types of bills of lading, the most important of which are those described below.

Liner bills are issued by shipping lines and contain very detailed, densely typed terms and conditions on their reverse face. Charter bills (those issued in relation to goods on a chartered vessel, for example, the 'Congenbill' (1994 as revised in 2007 and 2016), which would be issued in relation to GENCON charter parties), contain only a small number of conditions, but should incorporate the terms of the charter party into the bill of lading.

When goods have been received into the carrier's charge at the quay or in the warehouse and are not loaded, a document called a 'received for shipment bill' will be issued. Once the goods have been loaded on board the ship, the received bill may be exchanged6 or converted into a shipped bill containing the same representations. To obtain documentary credit, banks will only accept shipped bills of lading (not received bills of lading).

Multimodal transport combines at least two types of transport, without the need for the transport unit to be changed (e.g., when goods are transported in containers first by road, then by sea, then by road). If the place of receipt and place of delivery boxes are completed on the front face of the bill, then it is a multimodal bill, of which there are two main types:

A combined-transport bill needs to address the liability of the carrier in relation to the different modes of transport that will be used for the carriage of the goods covered by the bill of lading. This is because there is no single international convention applicable to multimodal transport. The UN Convention on Contracts for the International Carriage of Goods Wholly or Partly by Sea 2009 (the Rotterdam Rules) was adopted in December 2008 by the UN General Assembly and was designed to regulate multimodal transport. However, very few countries have ratified the Rotterdam Rules and, therefore, they seem unlikely to enter into force internationally in the near future.8

In the absence of an international convention providing a liability regime for multimodal transport, the terms and conditions on the reverse side of a combined-transport bill of lading usually include very detailed and complicated cargo liability provisions (often referred to as network liability regimes). Network liability regimes set out how the liability of the carrier should be determined depending on where the loss or damage to cargo happened (i.e., whether it happened during the port-to-port element of the carriage or during any other part of the carriage not involving carriage of goods by sea). In addition, as multimodal carriage involves more than one mode of transportation, the terms and conditions will also include various provisions designed to protect the various subcontractors (e.g., stevedores or road hauliers). For example, there will usually be a clause that seeks to prevent the person entitled to make a claim against the carrier for loss or damage to cargo from making a claim against the subcontractors, and where a claim is nevertheless made, under the clause the subcontractors can usually avail themselves of the defences, exemption and limitations clauses contained in the terms and conditions (such a clause is referred to as a Himalaya clause).

In certain circumstances, a company needing to move goods by sea (a shipper) may decide to contract directly with a shipping line.

It is also important to note that the shipping line may not own the vessel. It may charter the vessel from a shipowner (under a time charter party) or it may have agreed to share space with another shipping line (under a vessel-sharing agreement), which adds another layer of complexity when it comes to potential claims.

A shipper may decide that it wishes to use a freight forwarder when buying ocean freight.

The role has evolved and freight forwarders may now undertake additional activities (such as consolidation) or value-added services, or they may provide carriage services as a principal, taking responsibility as a carrier.

The concept of the non-vessel operating carrier (NVOC), which stems from the US concept of the non-vessel operating common carrier, is used in relation to freight forwarders involved in sea carriage and acting as the contractual carrier with the shipper as carrier but who do not own the ship. Quite a few of the large freight forwarders have created their own NVOC businesses, which sometimes trade under different names.9

A freight forwarder acting as a principal will have much greater liability, as it will have the responsibility of a carrier, meaning that it will be liable for loss or damage to cargo, for misdelivery and for delay in delivery.

The naming of the freight forwarder on the master bill of lading is an important point, not only in relation to the contractual capacity of the freight forwarder, but also in relation to who may have title to sue the shipping line in the event of cargo loss or damage. In certain jurisdictions, only a party named on the master bill of lading will be able to sue the shipping line.

When a freight forwarder acts as an agent, the actual shipper should be named on the master bill of lading and no house bill of lading should be issued. This should avoid any issue regarding title to sue.

When a freight forwarder acting as a carrier or NVOC also issues a house bill of lading, there may again be two sets of terms and conditions that apply to the same shipment. Ideally, the STCs should make it clear which terms and conditions will prevail; the absence of an express statement to that effect will cause difficulties as the courts will need to decide on this matter.

Continued trade volume growth is likely to lead to further containerisation and an increased use of multimodal or combined transport. It is unlikely that the existing general structure of contractual relationships will dramatically change but there is likely to be increasing use of more sophisticated arrangements, such as framework agreements. As the participants in the supply chain move increasingly towards more formal types of contracts, it will be interesting to see what liability regimes are agreed. The majority of contracts will need to be revisited and rewritten in the event that the Rotterdam Rules are eventually ratified; however, whether this occurs in the near future remains less than certain.

1 Catherine Emsellem-Rope is a legal director at HFW.

2 BIMCO (The Baltic and International Maritime Council) is a shipping association providing a wide range of services to its global membership of stakeholders who have vested interests in the shipping industry, including shipowners, operators, managers, brokers and agents.

3 This list is not exhaustive: there are many more different standard forms that have been developed by BIMCO and others.

5 The term 'negotiable' is used by most in the industry; however, the correct term is 'transferable'.

6 Against surrender of the received bill.

7 There are various definitions used within the industry to make this distinction. 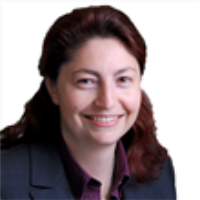