i Historical and economic context

The United Kingdom was once a manufacturing powerhouse, exporting goods across the globe. The advent of containerisation in the middle of the past century led to a significant change in the UK economy, and the United Kingdom has become a net importer of manufactured products, bringing in US$427.5 billion of physical goods annually.2

Being an island nation, terminals are a vital cog in the UK's economy – 95 per cent of UK imports and exports arrive and depart by sea. In 2019, UK ports handled 486.1 million tonnes of cargo, of which approximately 65 per cent was inbound traffic,3 a significant proportion of which would have been manufactured goods destined for the shelves of UK retail outlets.

As the manufacturing base has changed and the economy developed, so too has the ownership and operational structure of UK ports and terminals. During the past 25 years, UK ports have gone from being largely state-owned enterprises to adopting the privatisation model of port and terminal operation, with transfer of the ports' regular functions to private enterprise and wholesale disposal of physical assets. Most of the UK's largest ports are now in private sector ownership.

The change in the ownership and operational structure in the United Kingdom has been mirrored across the world, with most developed and developing nations recognising that terminals are an important driver of national economies and looking to the private sector to provide funds for infrastructure development to facilitate cross-border trade; whether through the full privatisation model adopted by the United Kingdom, or the Landlord Port Authority model under which states retain control of waterways and grant concessions to international operators to run and develop the terminals. This has led to the globalisation of terminals, with a small number of big players; in 2018–2019, the 21 main global terminal operators had an 80 per cent share of global capacity and throughput.4

The globalisation of terminal operators has led to an increase in the standardisation of the terms on which cargo is handled at ports – international operators will seek to have consistent liability regimes across the globe for reasons of risk and insurance management.

There is no international convention that governs the liability of terminal operators, which can allow some flexibility when it comes to how their liability is determined. Parties contracting under English law – which is not always possible – can, to some extent, provide for their own defences and limits of liability. On a global scale, however, the lack of an overarching international convention and the impact of local law and regulations can cause difficulties for the large international terminal operators as this can prevent them from being able to adopt one-size-fits-all standard terms and conditions across all their terminals.

The nature of their business can also make it difficult for terminal operators to manage their liability effectively. Terminals come into contact with a large number of parties, many of whom will not have a contractual relationship with a terminal. This means that, in addition to facing claims from their customers for breach of contract, terminal operators will often face claims in tort and bailment from third parties – it is perhaps these claims that can cause the most difficulties.

UK terminal operators will commonly seek to impose their terms and conditions on the users of their terminals, and there are a number of ways in which they seek to do this. Regular users of a terminal are likely to be asked to sign up to a terminal service agreement (TSA), which will contain the commercial terms between the parties (services provided, tariffs, key performance indicators, etc) but will also include provisions designed to protect the terminal operator. Terminal operators will normally seek to incorporate similar terms in their dealings with ad hoc users of their terminals by reference to published standard trading conditions (STCs).

TSAs and STCs will typically include defences to, and limits of, the liability of the terminal for cargo claims, such as loss or damage, misdirection and delay. In addition to the provisions to protect against incoming claims, TSAs will often include provisions to benefit a terminal operator that wishes to pursue a damages claim against its own customer, for example, relating to dangerous or prohibited cargoes.

English law restricts the extent to which a party can exclude or limit its liability under its written standard terms of business – clauses seeking to do so will be subject to the test of reasonableness contained in the Unfair Contract Terms Act 1977. Failure to comply with this legislation can result in the entirety of an exclusion or limitation clause being struck out by the court. Terminal operators therefore usually include in their TSAs and STCs defences and limits of liability that are similar to those found in international shipping conventions or other industry-standard conditions, which have previously been held to be reasonable by the English courts.

Terminal operators commonly face claims from cargo interests with whom they do not have a direct contractual relationship. These claims can be brought in tort or in bailment but are often pursued as both. Non-contractual claims against a terminal operator can be attractive to a cargo interest because they often offer an opportunity to recover more against a carrier than may be possible under the terms provided for in its standard trading conditions or a bill of lading (although note that there is no recovery for pure economic loss when bringing a claim in tort, whereas in contract, loss of the bargain or the expectation interest can be recoverable).

i Claims in tort (negligence)

Bailment arises when possession of goods is entrusted by one party (the bailor) to another (the bailee). When a bailment is created, the bailee has a duty to take proper care of the goods. A sub-bailment arises whenever a bailee of goods transfers possession to a third party (the sub-bailee). A sub-bailee will owe the same duty of care to both the original bailee and the principal bailee. A terminal operator will often be a bailee or a sub-bailee.

every such person [subcontractor] or vessel shall have the benefit of every right, defence, limitation and liberty of whatsoever nature . . . as if such provisions were expressly for his own benefit and in entering into this contract, the carrier . . . does so not only on his own behalf but also as agent . . . for such person or vessel.

A Himalaya clause will not necessarily offer complete protection to the terminal operator acting as the subcontractor of a bill of lading issuing carrier. If the services provided by the terminal operator were not contemplated by the bill of lading, then the Himalaya clause will not come into operation. This issue was considered in The 'Rigoletto',9 in which the defendant stevedoring company sought to rely on a clause in a carrier's bill of lading providing that the 'carrier or its agents shall not be liable for loss of or damage to the goods during the period before loading or after discharge howsoever such loss or damage arises'. At first instance, Judge Hallgarten found that the carrier would not have been able to rely on the exclusion clause because the services provided were outside the scope of the bill of lading, and therefore the stevedoring company was similarly unable to obtain the benefit of the exclusion by virtue of the Himalaya clause.10

When a sub-bailee receives goods from a bailee pursuant to a contract between those two parties, it is in certain circumstances entitled to rely on the terms of that contract when facing a claim in bailment from the original bailor of the goods, through the doctrine of sub-bailment on terms. The leading case on sub-bailment on terms is often cited as The 'KH Enterprise',11 in which the Privy Council held that a subcontracted carrier could rely on the terms and conditions in its own bill of lading in a claim for bailment because, through a liberty to subcontract clause in the contract of carriage between the owner of lost goods and the first carrier, the owner of the goods had consented to subcontracting on any terms.12 The clause typically reads: 'The carrier shall be entitled to subcontract on any terms the whole or any part of the . . . carriage.'

Although the liberty to subcontract clause gives useful protection, it is not always required for a terminal operator to argue that its sub-bailment was on those terms – authority to subcontract can be implied as well as express.13

A circular indemnity clause prevents cargo claimants from bringing a claim against a bill of lading issuing a carrier's subcontractors for more than would be recoverable from the carrier itself. The clause typically reads:

It will commonly occur that a terminal operator may have been given the benefit of defences and limits in a carrier's bill of lading through the existence of a Himalaya clause but may also have the benefit of its own terms and conditions through the doctrine of sub-bailment on terms. Following The 'KH Enterprise', it could have been argued that a terminal operator could choose between its own terms or those of its instructing carrier. In that case, Lord Goff of Chieveley, in response to an argument by the claimants that the existence of a Himalaya clause gave adequate effect to the intentions of the parties and that allowing a sub-bailee to rely on its own terms was unnecessary and would have created potential inconsistency, said that:

[T]he mere fact that such a [Himalaya] clause is applicable cannot, in their Lordships' opinion, be effective to oust the sub-bailee's right to rely on the terms of the sub-bailment as against the owner of the goods. If it should transpire that there are in consequence two alternative regimes which the sub-bailee may invoke, it does not necessarily follow that they will be inconsistent; nor does it follow, if they are inconsistent, that the sub-bailee should not be entitled to choose to rely upon one or other of them as against the owner of the goods: see Mr AP Bell's 'Sub-Bailment on Terms', ch. 6, pp. 178–180, of Palmer and McKendrick, Interest in Goods (1993). Their Lordships are therefore satisfied that the mere fact that a Himalaya clause is applicable does not of itself defeat the shipowners' argument on this point.

However, this was considered by Lord Justice Rix in The 'Rigoletto', in which the defendant stevedoring company had accepted goods against a receipt note that read: 'To the receiving authority – Please receive for shipment the goods described below subject to your published regulations and conditions (including those as to liability).' Lord Justice Rix stated that if a sub-bailee seeks to speak for itself by setting out the terms on which it wishes to conduct business, it will be taken to have made a choice between those terms and 'any inconsistency within another regime brought about indirectly through a contract primarily made between other parties' from which the terminal operator could benefit by way of a Himalaya clause.

IV Claims in other jurisdictions

Freedom of contract is by no means unique to English law. However, as implied above, there are many jurisdictions where it is not possible to include contractual provisions that determine a terminal operator's liability or provide for disputes to be governed by English law. Codified legal systems will often have provisions dealing with the liability of a terminal operator or warehouse keeper, from which it is not possible to derogate, and often provide for a form of strict liability.

1 Matthew Wilmshurst is a partner at HFW.

6 See The 'Aliakmon' [1986] AC 785, in which the claimant had acquired risk but not the property in the goods and its action in negligence failed. 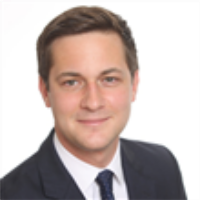