For tax dispute resolution, administrative appeal is the usual starting point. However, a taxpayer has the right to request that a case be tried before the courts, if the relevant appeals board has not issued a preliminary decision. A case must be appealed to the courts no later than three months after a decision has been issued. Additionally, a tax dispute resolution may be filed to the Danish Parliamentary Ombudsman (the Ombudsman).

In Denmark, there is no designated tax court. Therefore, an appeal to the courts will be tried as an ordinary civil case and will be litigated in accordance with civil law procedural rules, with some adjustments. In 2020, the average processing time in civil cases before the district court was 10.3 months and 10.1 months in appeal cases before the high courts. For cases brought before the Supreme Court, the average processing time was 9.3 months in 2020.2

Submission of a case before the courts is associated with a court fee. The fee cannot exceed 2,000 kroner. In cases of an appeal before the Supreme Court, the court fee is 3,000 kroner.

Additionally, a listing fee, equivalent to the court fee, must be paid prior to the trial proceedings.

This section contains the following aspects:

i Access to amend a former assessment of taxable income

If the tax authority initiates a reassessment of a taxpayer's tax liability, the authorities must notify the taxpayer. The notification must contain a general description of the basis for the intended amendment, including the facts or circumstances that trigger the amendment. Once the taxpayer receives the notification, the taxpayer will be given a deadline for the submission of remarks.

Additionally, a taxpayer can request for an advance tax ruling from the National Tax Board in cases where the taxpayer is unsure about the fiscal consequences of an intended transaction.4 The tax authorities will be bound by their ruling. Consequently, the advance tax ruling can serve as a binding promise from the tax authorities regarding the fiscal consequence of the intended transaction.

ii The process of administrative appeal

A taxpayer has the right to request that a case be tried before the courts or to submit an administrative complaint. This option entered into force on 1 July 2020 as the result of a law passed in late autumn 2019, and thus removed a former requirement that the administrative complaint be left unresolved for more than six months.

It is a requirement that the appeal board has not issued a preliminary decision.

Anyone with a significant, direct and individual legal interest in a tax decision may submit a complaint to the Tax Appeals Agency.

Submission of a case triggers a fee of 1,100 kroner for the taxpayer. The litigation process is rather informal. Both parties will be granted the opportunity to provide additional remarks during the process.

The taxpayer may request a meeting with the responsible caseworker. Generally, it is advantageous to request a meeting. However, it will likely prolong the processing time. During the meeting, the facts and the legal arguments will be discussed with the caseworker in an informal manner.

Once the preparation of the case is finished, the Tax Appeals Agency will issue a preliminary decision, which will be sent to the parties for review.

iii The process of appeal at the courts

According to the Danish Constitution, all decisions issued by a public authority can be brought before the courts. The court system is based on a two-instance principle. By default, all cases are initiated before the district court. Hereinafter, the decision can be appealed to the High Court. If a case is of fundamental character, it is possible to apply for a third-instance permission. The demand must be filed to the Ministry of Justice. If the request is granted, the taxpayer may bring the case before the Supreme Court.

With permission from the district court, a case may be transferred to the High Court as the first instance. In this situation, the case can be brought before the Supreme Court without special permission.

A case must be brought before the courts within three months calculated from the date the appeal authority issued its decision.

Only questions that were originally part of the initial decision can be reviewed by the courts. However, the taxpayer can involve new questions if permission is granted by the court. New questions may be litigated in the dispute if it can be considered as excusable that the question has not been dealt with previously or it will imply a disproportionate legal loss for the individual if the question is not reviewed as a part of the case.

The claimant and the tax authority have a right to request an expert opinion in tax disputes handled by the appeal boards or the courts. Such a request must be filed to the relevant district court.

Neither the courts nor the administrative appeal authorities can decide on the procurement of an expert opinion if none of the parties have requested such procurement.

Further, the court can allow additional expert opinions to be provided on the same subject, if this is deemed appropriate or necessary because of a party's relevant objections to the first expert opinion.

Additionally, a complaint can be filed to the Ombudsman or the courts, in cases where postponement is denied.

The courts and tribunals

In addition to the administrative tax appeal system, the Ombudsman handles complaints independently.

i The Tax Appeals Agency

The Tribunal is not a court but an administrative appeal board. The Tribunal is organisationally a part of the Ministry of Taxation. However, the board is independent in its case handling. Consequently, the Tribunal cannot be ordered by the Minister of Taxation to issue a specific decision. The Tribunal consists of a leading presiding judge, a number of other judges, 30 ordinary members and four members with specialist knowledge about motor vehicles. The presiding judge shall have a legal degree. The Danish parliament appoints 11 members out of the 30 members and the Minister for Taxation appoints the rest of the members. Each matter will be heard by three or four members of the Tribunal.

The Tribunal rules in the following types of cases:

Denmark is divided into 22 local boards, which are located across Denmark. The Minister of Taxation appoints the members. The boards of appeal are competent to rule in the following tax disputes: disputes concerning taxable income; property value tax; advance registrations; deductibility; advance tax rulings; and certain other types of taxable income.

iv The valuation boards of appeal

In Denmark, there are four local motor vehicle boards of appeal. The Minister of Taxation appoints the members. However, at least two members must be elected by a central organisation for car owners. One member must be a technical expert and another member must have business knowledge. The remaining members are appointed upon the recommendation of the dealerships organisation for the automobile industry. The boards of appeal can process disputes regarding registration fees and related matters.

The task of the Ombudsman is to review maladministration; violation of applicable law in the form of an unlawful administrative decision; unfair decisions; and failure to comply with procedure requirements (e.g., complaints on long processing time).

A compliant to the Ombudsman has suspensory effect if:

Otherwise, the complaint to the Ombudsman will not have suspensive effect.

After reviewing a case, the Ombudsman may state criticism and recommend that a public authority amend the decision. The Ombudsman cannot itself render a decision.

Owing to the complexity of Danish tax law; the Ombudsman has established a special tax office to strengthen the taxpayer's legal position.

In the case of intentional tax evasion or in the case of gross negligence, the Danish tax authorities may impose a fine.

If repayment of overpaid taxes is granted, the refund cannot be paid before the expiry of the income year to which the claim relates.

Certain taxes (e.g., withholding taxes) require an application to the tax authority before the overpaid taxes are repaid.6

An application for a binding ruling is relevant when the consequences of a specific transaction are uncertain. A taxpayer may apply for an advance (binding) ruling on the tax consequences of an act that the taxpayer intends to implement or has already implemented.

A binding ruling is binding for the tax authorities for a period five years, but is not binding for the individual applying. The individual can rely on the ruling throughout the whole period. An (unfavourable) advance (binding) may be appealed using the process described above concerning administrative appeal, including bringing the advance (binding) ruling before the courts.

Anyone with a significant, direct and individual legal interest in a tax claim may initiate administrative or legal proceedings. An individual or a company that is only affected indirectly by a decision is not entitled to submit a claim. An economic effect may only be an indirect interest.

If an individual or a company is a party of the tax dispute, it triggers applicable legal effects; for instance, a hearing of the involved parties and right of access to documents in accordance with protective mandatory rules.

According to a ruling from the European Court of Justice in Danfoss and Sauer Danfoss, companies may bring a claim directly against the Ministry of Taxation, irrespective of the fact that it is the taxpayer's suppliers who have paid duties to the tax authority (i.e., an indirect economic interest may be sufficient basis to grant standing to sue).

Cost reimbursement can be obtained by submitting an electronic application to the tax authority. An application must be submitted no later than three years after the date the decision became final.

Currently, there is limited possibility for alternative dispute resolution in tax disputes. Alternative dispute resolution is available in certain transfer pricing matters if the tax authority consents and agrees. However, there are several remedies to avoid disputes; for example, the possibility of an advance tax ruling, the possibility of using a tax reservation and the access to require an amendment of a previous tax assessment.

To some extent, the impact of this division of the Danish tax authority still remains to be seen. However, as discussed in this chapter, initiatives to improve the administrative appeals process have been implemented and requests can now be made for cases to be tried directly before the courts.

Meanwhile, property assessments continue to be frozen (until 2021), and new rules on property taxes are postponed until 2024.

There have been major complications with the digital collection of tax in Denmark. In an analysis of the citizens' debt to the state, the Danish Ministery of Taxation concluded that debt collection had increased to a record level in 2019. Meanwhile, the analysis also shows that the debt will continuously increase if new political initiatives are not completed, as new debt is obtained every year.

Through the implementation of bills changing the Danish Act on Debt Collection, Denmark sought to improve the digital collection of tax throughout 2020. In February 2021, another bill changing this law is to be proposed. The aim of the bill is to ease the conversion and clean-up of old data files concerning tax debt (stored in the old collection system) to get the new system in order along with simplifying the administration of the debt collection.

As the new rules on property taxes are postponed until 2024, nominal increases in land value tax are frozen until 2024 as well. However, the Danish Ministry of Taxation has proposed a bill to modify the Danish Act on Property Assessment. This bill proposes that the temporary freezing scheme should be voluntary by the middle of 2021.

1 Jakob Skaadstrup Andersen is a partner and head of tax at Gorrissen Federspiel.

6 Until further notice, the processing of dividend reclaims have been suspended, awaiting new legislation. 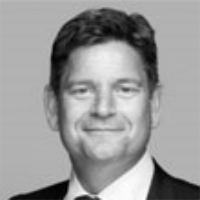 Explore all chapters on Denmark