The other common type of dispute relates to intellectual property (IP). If a licensee uses a system (software) outside the scope of the licence agreement, the licensor may seek injunctive relief or compensation for damage caused by the IP infringement. Third-party IP right holders may also seek similar remedies for infringement against the licensee, in which case there is likely to be a dispute between the licensor and the licensee for indemnification by the licensor.

In recent years, the number of cases involving requests for disclosure of sender information has been increasing. These are lawsuits relating to infringement of rights (e.g., copyright infringement or defamation) committed through the internet, in which the plaintiff demands that the internet service provider disclose the information (e.g., name and address) held by the provider about the infringer. These lawsuits are a preliminary step in bringing an action against an anonymous infringer of copyrights or other rights.

Since October 2020, a new on-site inspection rule has been available for patent litigation. In relation to patent lawsuits involving an alleged infringement of patent rights by a third party, a new system called the 'inspection certificate' was created following an amendment to the Patent Act in 2019, pursuant to which neutral technology experts can conduct on-site inspections of plants and other sites of the suspected infringing third party, conduct research necessary to prove the infringement and submit their findings to the court. The amendment came into effect on 1 October 2020.

More recently, the Act on Partial Amendments to the Act on the Limitation of Liability for Damages of Specified Telecommunications Service Providers and the Disclosure of Identification Information of the Senders (known as the Provider Liability Limitation Act) was unanimously passed by the Diet on 21 April 2021 and enacted on 28 April. The amended law is a major revision of the current sender information disclosure system and was enacted to provide easier relief to victims of internet rights infringements.

Specifically, a new judicial procedure will be established to enable the disclosure of a sender's information in a single procedure. In addition, under the revised law, information available at the time of login can be disclosed if it is necessary to identify the sender. The revised law is scheduled to come into effect on a date to be specified by a cabinet order within one year and six months of the date of the revised law's enactment. The revised law will have a significant impact on both the providers and those who seek remedies for infringements of their rights on the internet. In this regard, attention should be paid to the development of the guidelines and other practical trends in the future.

For example, for IP disputes where the licensor has the relevant IP rights relating to a system (software), whether a claim is merely for a violation of the licence agreement or constitutes an IP infringement would depend on the nature of the conditions claimed to be breached. At a minimum, if a licence agreement is terminated because of breach, the claim is deemed to be for IP infringement, in which case, the licensor may seek injunctive relief and damages. In that case, the infringement must be established and, in seeking compensation for damages, the licensor must establish either (1) the damage and a causal relationship between the IP infringement and the damage, or (2) the basic facts that support the application of a contractual provision for the presumption of damage under applicable IP laws. Negligence is presumed for patent infringement but not for copyright infringement.

The court awards damages to the extent that the plaintiff is able to successfully establish that the damage suffered was caused by the defendant's breach of a contractual obligation or by tort. Punitive damages and statutory damages are not awarded.

In a suit for damages, including a patent and copyright infringement lawsuit, attorneys' fees may be awarded as a component of damages; however, the actual attorney's fees incurred by the prevailing party are not admissible. In practice, an amount equal to 10 per cent of the cost of the damage caused directly by the infringement is added as damages equivalent to attorneys' fees.

The contracting parties may agree in advance a clause specifying the amount of liability for damages or an exemption or limitation of liability for damages in the event of a breach of obligations. However, in Japanese court precedents, such limitation clauses have been found to be inapplicable in cases where the breach is made intentionally or by gross negligence. In addition, a clause that exempts or reduces liability for damages in the event of a breach of obligations is subject to anti-competition law. Specifically, if one party abuses its superior bargaining position and forces the other party to agree to a clause that is considered unfair in light of normal business practice, this may constitute a violation of anti-competition law as an abuse of a superior bargaining position, and as such may be subject to an order from the Japan Fair Trade Commission to cease and desist or to pay a surcharge.

i Courts and procedures

Generally, the Code of Civil Procedure allows parties to agree in advance the court of jurisdiction at first instance; for example, a contractual provision stating that the Tokyo District Court shall have exclusive jurisdiction as the court of first instance is valid. However, under the Code of Civil Procedure, the Tokyo District Court and the Osaka District Court have exclusive jurisdiction over actions involving patent rights, as well as copyrights in computer programming work products. Certain divisions of the foregoing district courts specialise in IP disputes (the IP Divisions).

Both the Tokyo District Court and the Osaka District Court have special procedural rules for IP disputes. In particular, for patent infringement disputes, both courts have a Well-Organised Proceedings Model to expedite court proceedings.

For example, the Tokyo District Court IP Division model is as follows:

There are no mandatory pre-action steps, including for mediation. However, in system development disputes, at some point after the lawsuit has been filed, the court will often recommend that the parties refer the case to mediation. In practice, it is quite common for the parties to agree to undertake mediation according to the court's recommendation.

In contrast, mediation is not a common method for resolving IP disputes.

If the allegations or evidence contain trade secrets, a litigant may file a motion to restrict access to case records to prevent third parties from viewing them.

In addition, in a patent lawsuit, the court may, on the motion of a party, order confidentiality obligations to be imposed on a party or its agent with respect to trade secrets that have been or will be filed (a confidentiality protection order). Moreover, with respect to the obligation of a person to submit documents, an in camera inspection applies, whereby only the court can inspect the motioned documents to ascertain the existence of a 'legitimate reason' under the Patent Act.

As for non-contractual disputes such as IP disputes, with respect to compensation for damage, the statute of limitations for claims is the earlier of (1) three years from the time when the claimant becomes aware of suffering damage and the infringement; and (2) 20 years from the occurrence of the infringement.

For injunctive relief, no statute of limitations applies as long as the IP infringement continues.

As for technology disputes such as IP disputes, the average duration of litigation has been gradually decreasing and is currently around one year. As explained above, the courts established the Well-Organised Proceedings Model for the purpose of expediting court proceedings for patent lawsuits, but such suits tend to take longer because technical matters are involved. Also, system development disputes often involve an extremely wide range of allegations and take an enormous amount of time to sort out, with many cases taking three to five years to complete. Statistical data specifically for IP disputes is published by the courts.

There is no mandatory collection and submission of evidence, such as discovery, under the Japanese court system.

However, a court may, at its own discretion or on the motion of a party, preserve related documents, including, but not limited to, by copying documents and taking photos (the preservation of evidence procedure). In addition, the court may, upon a party's motion, order anyone to submit a document that relates to the facts to be proven in the litigation (an order to submit documents). Under the Code of Civil Procedure, a person in possession of a document may refuse to submit that document if it has been prepared exclusively for the use of that person or involves a technical or professional secret; however, in a patent lawsuit, a person cannot refuse unless he or she has a legitimate reason for refusing to submit the document.

Furthermore, as noted in Section II, the 2019 amendment to the Patent Act created the new inspection certificate system in relation to patent lawsuits, providing for on-site inspections of plants and other sites of suspected infringing third parties by neutral technology experts, with the findings from the inspections and any other necessary research being subsequently presented to the court.

Under the Code of Civil Procedure, experts on both technical and factual matters may be presented as witnesses. The court determines whether expert witnesses are necessary and appoints them at its own discretion. In practice, each party applies to present and examine expert witnesses.

Under the Code of Civil Procedure, if it finds it necessary to clarify a matter related to the litigation or to create a framework for the smooth progress of the proceeding, the court may hear the opinions of the parties and have a 'technical adviser' involved in the proceedings. In practice, it is common for the court to appoint an adviser upon the petition of a party. Technical advisers are not witnesses and their statements do not constitute evidence.

Under the Civil Execution Act, the plaintiff can file for a civil enforcement proceeding if the defendant does not pay money when due or does not cease infringing acts in accordance with the judgment. In technology disputes, the plaintiff may request the following types of execution depending on its claim:

As for rules and practices governing the recognition and enforcement of foreign arbitral awards, Japan is a signatory state to the New York Convention,2 therefore an award from another signatory state is enforceable in Japan.

A foreign company may resort to arbitration run by the International Arbitration Center in Tokyo, where English may be chosen as the arbitration language.

When there is a data breach incident, the data subjects affected may file a lawsuit seeking compensation for damage in relation to the protection of their personal information. The Act on Special Measures Concerning Civil Court Proceedings for Collective Redress for Property Damage Sustained by Consumers allows for class actions to be filed by consumers. Note that claims allowed under that law are limited to property damage and do not cover compensation for distress caused by data breach incidents. However, the inclusion of data breach incidents within the scope of the Act is being discussed. Since this would largely affect those tech companies having great numbers of customers, it is worth paying attention to these possible developments. As a practical matter, it is also noteworthy that a number of data subjects may select the same lawyer to represent them and that the lawyer can file one suit for those data subjects, which can be similar to class action.

1 Hiroyuki Tanaka is a partner, Masafumi Masuda is a counsel and Masahiro Ueda is a senior associate at Mori Hamada & Matsumoto. 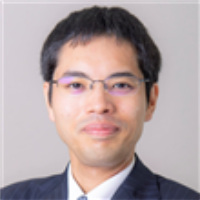 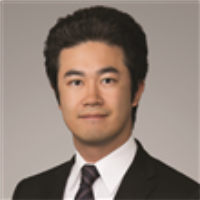 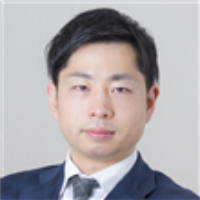