Welcome to the initial annual Technology M&A Review. This addition to the Law Review series grew out of discussions between the publisher and editor in late 2019 and early 2020. Like every contributor to this book, I am an active M&A practitioner. As such, it seemed fair to agree to an annual review in the late days of 2019 and early days of 2020. If there is one thing M&A lawyers can do, it is put out words.

I know I do not need to explain why 2020 was and is a different year than most. The first quarter buffer that most practitioners would use to write in was slowly eroded by the growing viral threat of covid-19. Then the second quarter was 'consumed by trying to consume' the meaning of that present not only on a global basis, but for each firm contributor here, and her or his family.

And yet, the publisher and each member of its staff continued to support the project, and gently nudged it forward. It and they each deserve credit in large part for whatever is well done in this book.

And so we have an annual review that looks backward to the nadir of 30 June 2020, for the most part. In retrospect, this will be the base date that future reports will reference and so, serendipitously, it is the right base date.

As you can see from the book's contents, technology M&A has been vibrant over the past 30 years. Even compared to the awful decline registered by all M&A activity measured at 30 June 2020, technology M&A far outpaced every other category of M&A. As of the writing of this preface in October 2020, technology M&A (excluding bankruptcies and workouts) in terms of growth in value and numbers continues that champion's jog around the track; the race is not even close.

Why? Growth prospects and resiliency. While the technology M&A sector shares its DNA with other sectors, it is a growth sector even though it is ubiquitous, and in its nature is designed to be changeable. We all intuitively know one cannot change the design of a gas turbine on the fly, but one can change a lot in the technology space without worrying about much physical harm.

Embedded in the previous paragraph is a rate of change equation of sorts. For most technology applications that do not involve life or death functions, there is no competitive limit on the rate of change. There was, in effect, no social media industry in 2000, and now it is quite difficult to actually describe it, and yet it is huge. There have unbelievable advances in, inter alia, food production and power plants since that same date, but no one thinks of these as growth industries. These industries are thought of, consciously or unconsciously, as recipients of technology but not creators of technology.

This book's goal is to both highlight the similarities and differences between technology M&A and 'normal' M&A, without taking too much time to try to define what technology and normal are in that context. One of its unstated premises is that because of technology's importance, effective technology lawyering in M&A necessarily involves and requires a broad set of legal skills across many practice areas; and that requirement will likely increase as governments and interest groups from all spectrums focus on the sector. The sector is critical because it is 'where the money is', where the anticipated growth is and where, at least in the Western world, the political battles are and will go.

At least as of the time of writing this in late October 2020, technology M&A in the US is robust, reflecting its advantage in a digital world. As noted in the book, the duration of that vibrancy is a function of how long traditional economic pursuits are locked down or restricted by covid-19. 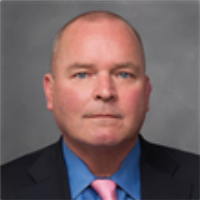