The Technology, Media and Telecommunications Review is now in its 11th edition, and I am excited to be taking the reins of this publication after a decade under the steady hand of long-time editor John Janka. This Review occupies a unique space in the literature on TMT issues. Rather than serving a traditional legal treatise, this publication aims to provide a practical, business-focused survey of law and policy in this arena, along with insights into how this legal and policy landscape continues to evolve from year to year. In the dynamic and ever-changing TMT sector, such perspective is vitally important. And the scope of this Review is global, now covering 20 jurisdictions.

Covid-19 shook the world in 2020, and its reverberations in the TMT sector have been profound. As the threat of infection has led to widespread lockdowns, the importance of connectivity has never been greater nor more obvious. For many businesses, remote working has become the rule rather than the exception. Many schools have switched to distance learning formats. Tele-health is on the rise as doctors check in on patients via videoconference. Even tasks as mundane as grocery shopping have shifted online. And broadband connectivity, where available, has made it all possible.

For policymakers, the experience of covid-19 has begun to reshape their understanding of the TMT arena and to refocus their policy goals. The sudden shift to remote working and distance learning has stress-tested broadband networks across the world – providing a 'natural experiment' for determining whether existing policies have yielded robust systems capable of handling substantial increases in internet traffic. In the European Union, officials called on video-streaming platforms to downgrade high-definition content temporarily to avoid overly straining broadband networks at the start of the pandemic. In the United States, meanwhile, policymakers touted that such measures were not necessary, and have attributed the apparent resilience of broadband networks in the country to deregulatory policies.

At the same time, the pandemic has prompted new initiatives to ensure, improve and expand broadband connectivity for consumers going forward. In various jurisdictions, policymakers are moving forward with subsidy programmes and other efforts to spur the deployment of advanced networks more deeply into unserved and underserved areas. Regulators also have taken steps to preserve internet access where it already exists, including by having service providers 'pledge' that they will not disconnect customers for non-payment in light of the pandemic, or by pursuing more prescriptive measures. In short, covid-19 has been part cautionary tale, part rallying cry, and its long-term impact on the TMT sector remains to be seen.

New technologies likewise have required new approaches and perspectives by policymakers. A notable example is the ongoing deployment of 5G wireless networks, as regulators continue to look for ways to facilitate such deployments. These initiatives take a variety of forms, and frequently include efforts to free up more spectrum resources, including by adopting new rules for 'sharing' spectrum and by reallocating spectrum from one use to another. 5G spectrum was a significant focus of the World Radio-communication Conference (WRC) of the International Telecommunication Union (ITU), held in late 2019 in Sharm el-Sheikh, Egypt. And multiple jurisdictions have continued to auction off wireless licences in bands newly designated for 5G deployment, capitalising on service providers' strong demand for expanded access for spectrum.

Another example is the planned deployment of multiple large satellite constellations in low-earth orbit to support new broadband services. The providers proposing these networks say they will greatly expand the availability of high-speed internet access service. At the same time, the sheer scale of the planned systems has raised fresh questions about how best to prevent accidental collisions and ensure equitable sharing of spectrum resources.

Even with so many newer issues swirling in the TMT sector, familiar topics have remained in the spotlight as well. Cue network neutrality, the principle that consumers should benefit from an 'open internet' where bits are transmitted in a non-discriminatory manner, without regard for their source, ownership or destination. The basic principle has been around for well over a decade, but policymakers are still sorting out how best to effectuate it without undermining investment and innovation in broadband services. In the United States, network neutrality has become a point of contention between the federal government, which has opted for a light-touch approach, and certain states that wish to impose bright-line prohibitions on internet service providers. In Europe, new guidelines and rulings have addressed internet service providers' 'zero rating' plans, which exempt certain data from counting against a customer's usage allowance. Regulators in Asia are grappling with similar policy questions. And this debate dovetails with efforts in some jurisdictions to increase oversight of the content moderation policies of social media companies and other online platforms.

The country-specific chapters that follow recap these and other developments in the TMT arena, including updates on privacy and data security, regulation of traditional video and voice services, and media ownership. On the issue of foreign ownership in particular, communications policymakers have increasingly incorporated national security considerations into their decision-making, as evidenced by recent actions in the United States against Chinese equipment manufacturers and service providers.

Our authors from around the globe have lent their considerable insight, analysis and experience to the preparation of their respective chapters. I hope readers will find this 11th edition of The Technology, Media and Telecommunications Review as helpful as I have found this publication year in and year out. 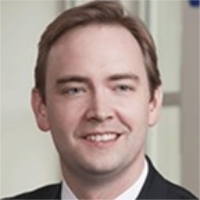