An effective system, which would encourage the growth of an innovative economy, is seen by the Lithuanian government as a strategic objective. Lithuania is focused on the development of high-level scientific knowledge, scientific research, experimental development, as well as fostering innovative business, intersectoral business cooperation and technology transfer.

Lithuania is particularly strong in the health and biotechnology area (worth about 1 per cent of the GDP),2 where the government is continuously committed to provide support. The annual growth of the Lithuanian life sciences sector is 19 per cent, which is one of the most rapid growth paces across the European Union.3 Photonics is another advanced area in Lithuania, where 700 specialists are employed in the laser industry.4 In fintech, with the support of the Lithuanian Bank, Lithuania is experiencing the emergence of many new pilot projects, such as the Fintech Sandbox, Blockchain Sandbox, Open Banking Sandbox and Energy Sandbox.5

Information technology sector production in Lithuania is close to €2 billion, which to a large extent is driven by software engineering, programming and consulting services, where over 31,000 IT specialists (18,100 software developers) are employed (about 2.3 per cent of the total workforce in Lithuania).6 Global business service centres established by Danskebank, WesternUnion, Nasdaq, SEB, Skandia, Paroc, Swedbank and Euromonitor international account for a large portion of the IT workforce in Lithuania. The country is also ready to move forward with its own strategic plan for the future of artificial intelligence (AI).7 There is already a significant number of companies originating in Lithuania, as well as branches of international companies engaged in AI systems development.

Electronic communication market revenue grew by 1.8 per cent in 2020.8 At the end of 2019 there were 3.7 million active SIM cards (132 per cent of the total Lithuanian population).9 The internet is used by almost 80 per cent of the population (in the 16–34 age group, the figure reaches 99 per cent),10 and average broadband speeds are 55MB/s with fast public Wi-Fi. According to Ookla Global Speed Test data of September 2020, Lithuania ranks 21st in the world by internet speed.11

In terms of electronic governance services in Lithuania, the country is classified as having a 'highly developed e-government'. On the Electronic Government Development Index (EGDI), Lithuania ranked 20th in the world in 2020, rising 20 positions in two years.

The Communications Regulatory Authority13 is the main regulator in the electronic communications area, and is also responsible for adoption of a number of delegated legal acts, as well as supervisory measures (market review, imposition of measures for entities with significant market power, etc.).

Information society services are regulated by the Law on Information Society Services,14 transposing the Directive on electronic commerce, which is based on non-discrimination, technological neutrality, functional equivalency and other principles. Liability exemptions for transmission service, caching service, and hosting service providers are established, without imposing a general obligation for providers to monitor stored or transmitted information.

Media services are regulated by the Law on Provision of Information to the Public (LPIP).15 The law establishes the procedure for collecting, producing, publishing and disseminating public information and the rights, duties and liability of producers and disseminators of public information, their participants, journalists and institutions regulating their activities. The law establishes licensing and notification requirements for broadcasting (TV, radio) organisations, limitations on ownership, requirements for media content, programme composition, language, advertising restrictions, ethics, etc.

The media area is supervised by an independent regulatory authority – the Radio and Television Commission (RTC).16 The RTC is responsible for licensing of radio and television broadcasting and rebroadcasting activities, notification procedures, approval of ownership transfers, monitoring and supervision of content control, and advertising requirements.

Other regulatory bodies that may exercise supervision over ECS providers pursuant to their competence include (not exhaustively) the State Consumer Rights Protection Authority, the State Data Protection Inspectorate, the Competition Council, and the Inspector of Journalist Ethics.

Under the LEC, the provision of public communication (fixed, mobile and over electricity networks) networks or services, as well as public satellite communication networks and services is subject to a prior notification obligation. The notification form is publicly available on the website of the Communications Regulatory Authority (CRA).17

There is no requirement for communication service providers to be established or registered locally.

RFs are assigned by the CRA in accordance with the approved national plans. They can be assigned directly to the applicant, or by way of a public auction (e.g., in case of mobile communications networks). Telephone numbers are distributed according to the national numbering plan.

In Lithuania, there are no general ownership restrictions for communication services providers. However, where national radio spectrum is allocated via public auction, participants usually are required by the CRA to comply with European and transatlantic integration criteria (i.e., entities must be established in countries of the EEA, EFTA, OECD or NATO).

The Law on Companies having Strategic Importance for National Security19 recognises information technology and telecommunications and other high technologies as economy sectors having strategic importance for national security. When an investor in this sector acquires ownership of more than one-quarter of the entity of the strategic sector, this acquisition must be notified to the Commission on Coordination of Security for Objects of Importance for National Security.

Local and regional public information disseminators (newspapers, journals) must report their ownership to the RTC.

The telecommunication, media and technology sectors are also subject to general concentration controls from the perspective of competition law. In certain cases, an acquisition transaction may require notification and approval from the Competition Council.

In general, Lithuanian law does not limit market access, except for the limitations specified above.

v Transfers of control and assignments

Telecommunication service providers are usually not subject to ownership change notifications or approvals.

A change in the ownership of at least 10 per cent in the radio or TV broadcasting licence holder requires prior consent from the RTC. Prior to the ownership change, the licence holder has to apply to the RTC for consent and provide all information required to prove the reputation and origin of the new owner. Consent is granted usually within one month. In the event a concentration permit is required from the Competition Council, the consent is only issued after the permit is granted by the Competition Council.

i Internet and internet protocol regulation

The CRA is supervising the implementation of Regulation (EU) 2015/2120 on open internet access and the BEREC Guidelines on the Implementation by National Regulators of European Net Neutrality Rules.20

If reference is made to the fee charged for the service, information on whether the fee includes taxes and delivery charges must be provided.

iii Restrictions on the provision of service

Regulation (EU) 2015/2120 laying down measures concerning open internet access is directly applicable in Lithuania. Thus all communications service providers in Lithuania are under the obligation to treat all traffic equally, when providing internet access services, without discrimination, restriction or interference, and irrespective of the sender and receiver, the content accessed or distributed, the applications or services used or provided, or the terminal equipment used.21 Observance of net neutrality and open internet access is supervised by the CRA.

Lithuania has implemented the e-Privacy Directive 2002/58/EC22 in the LEC. The LEC provides the same requirements regarding marketing communications for natural as well as legal persons. Under the LEC, the use of electronic contact details of a natural or legal person for direct marketing is allowed only with the person's prior consent (opt-in).

The exemption described above does not apply to voice calls, or calls placed with automated calling machines.

It should be noted that the e-Privacy Regulation,23 which is currently in the proposal stage, is likely to repeal the e-Privacy Directive and its implementing national legislation in the near future.

Lithuania adopted the Law on Cyber Security in 2014,24 which was recently amended to implement EU Directive 2016/1148 (the NIS Directive). The law provides for the requirements for the maintenance of network and information systems essential for the functioning of society and state and local authorities' network and information systems, liability and supervision as well as the bases for the prevention and resolution of cyber incidents.

The LEC provides the obligation for network service providers to retain certain electronic communication data for at least six months, for the purpose of investigation of serious crimes.

As of 25 May 2018, the General Data Protection Regulation (GDPR) has been applicable in Lithuania. This was also of extreme importance in the communications sector, as the general rules set out in the GDPR are also applicable in the communications sector. In addition to the GDPR, Lithuania still has the Law on Legal Protection of Personal Data25 as amended to comply with the GDPR.

In addition to the GDPR and the Law on Legal Protection of Personal Data, some data protection requirements are also set out in the LEC, in particular related to e-Privacy Directive implementation.

Minors are protected by the Law on Protection of the Underaged from Negative Impact of Public Information, which applies to TV, radio content, as well as advertising, trademarks, computer games and other public information.

There is a list of spectrum approved by the CRA, which can be used without authorisation.

Recently the government decided to open the spectrum at 700MHz, which will be used for 5G communication. Radio frequencies intended for 5G connection are expected to be allocated by 2021, and the use conditions set for buildings, engineering structures, main national transport corridors, their nodes and other physical infrastructure suitable for implantation of mobile connection systems.

The 4G network has been developed in Lithuania since 2014.

There is a list of spectrum approved by the CRA, which can be used without authorisation.

Spectrum for mobile networks is traditionally made available by auction to three operators.

Recently the government decided to open the spectrum at 700MHz, which will be used for 5G communication. It is expected to be launched by 2021.

The next auctions for developing 5G are likely to be for spectrum around 700MHz.

i Restrictions on the provision of service

The LPIP prohibits publication in the media of information that:

Advertising and audiovisual commercial communications must be decent, correct and readily recognisable. It is prohibited to publish in advertising and audiovisual commercial communications information that degrades human dignity, promotes any discrimination based on race, sex or ethnic origin, nationality, citizenship, religion or belief, disability or age, or contains manifestations or promotion of sexual orientation, is offensive to religious or political convictions or promotes behaviour prejudicial to health or safety or behaviour grossly prejudicial to the protection of the environment.

The total time of television advertising spots and teleshopping spots within a given hour must not exceed 20 per cent.

Most of the biggest TV channels in Lithuania have started their own video distribution services. Internet news portals are also including video publications as part of their service.

The past year has not been productive in terms of legal regulatory, judicial practice or general developments in the TMT sector in Lithuania.

Generally, Lithuania follows the European policies and has successfully implemented various pieces of EU legislation into national law. The key challenge in the coming year will be the implementation of the European Electronic Communications Code, which has to be transposed by 21 December 2020.

It is likely that the government will continue its policy of supporting key technology areas.

In the telecommunications sector, the most important development in the upcoming year should be the development of the 5G network. 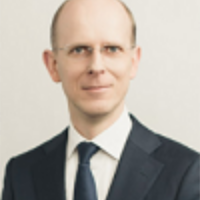 Explore all chapters on Lithuania