As a law graduate whose first steps in the legal profession were encumbered by the impact of the previous global financial crisis, I faced a fairly bleak outlook. By happenstance (sheer bloody-mindedness), I found myself at the doors of the London branch of a US plaintiffs' firm, little known on these shores at the time (I still recall the firm's name was spelled incorrectly by the court on most documents in those days). The firm's proactive, and innovative, culture naturally meant it was an early adopter of third party funding (TPF). As such, I had the great fortune to be inducted into the world of TPF from my very first day as a trainee solicitor. I witnessed, first-hand, how TPF catalysed both the firm's growth and its clients' paths to a healthier balance sheet, notwithstanding the burdens that the financial crisis had left in its wake. A spark was lit.

As an investment manager, now immersed within the TPF sector in the face of what has been described as the worst global economic crisis since the Great Depression, I face the challenge of translating my experience into reasons for optimism. Like many of my industry peers, I understand and appreciate the role that TPF plays in providing access to justice for those who could otherwise not afford to pursue their claims. Similarly, in a time when cash is king, TPF has a role to play in enabling corporates to resolve their disputes without depleting resources that could be invested profitably elsewhere within the business. With ever increasing funds under management both by members of the Association of Litigation Funders (ALF) and by the broader TPF fraternity, there are significant resources available for litigants and law firms to utilise. Yet despite the sector's expansion since the previous global financial crisis, TPF still remains a little-known, or little-understood, solution for businesses. Even among lawyers, there are few who are fully aware of the TPF options available to their own businesses, let alone to their clients.

So what exactly is there for law firms and litigants to know about TPF? Well, just as the list of legal remedies available to litigants varies between jurisdictions, so too does the menu of TPF options. The past year alone has seen both shifts in and endorsements of the various regulatory frameworks that underpin the sector across the globe. In Australia, the industry found itself on the receiving end of stringent new regulations, notably without industry consultation. Partly in response to those developments, a number of funders and finance firms have sought to create a global lobbying voice for the TPF sector, by establishing the International Legal Finance Association, chaired by my editorial predecessor, Leslie Perrin. By contrast, there have been notable judicial endorsements of TPF in other jurisdictions over the past 12 months. The English courts, for example, have endorsed not only TPF, but also the ALF itself.

With government support for businesses during the current crisis coming to an end and legal developments such as the forthcoming EU directive on representative actions on the horizon, could 2021 become a milestone year for TPF? I hope this publication provides a useful guide for litigants, lawyers and investors alike as we take on the challenges the new year brings. 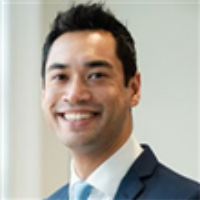