To facilitate these welcome developments, the Hong Kong International Arbitration Centre published a new version of its Administered Arbitration Rules in 2018 (the HKIAC Rules). These amended Rules came into force on 1 November 2018, expressly recognising third party funders and funding agreements.

Maintenance is 'directed against wanton and officious intermeddling with the disputes of others in which the defendant has no interest whatever, and where the assistance he renders to the one or the other party is without justification or excuse'. Champerty has been described as 'a form of maintenance, and occurs when the person maintaining another takes as his reward a portion of the property in dispute'.

While the United Kingdom has abolished the torts and crimes of maintenance (unless unlawful) and champerty, Hong Kong has chosen to preserve these two doctrines. As a result of which, Hong Kong had a long-standing general ban (with limited exceptions) on third party funding in litigation.

Courts are aware of the cost of litigation and the need to make court access available to all. Cases have developed exceptions to the doctrines of champerty and maintenance, allowing third party funding in litigation in three narrow areas: (1) where the third party has a legitimate common interest in the litigation; (2) where there are access-to-justice considerations; and (3) in insolvency proceedings.

In the first exception, certain relationships already pre-existing between the claimant and the would-be third party funder, where the funder has legitimate interest in the action such as groups or associations funding their members' actions, are open to third party funding. The second exception, access to justice, is one recognised judicially to help claimants who have meritorious claims but do not have the resources to fund litigation services. The Supplementary Legal Aid Scheme in Hong Kong is a major actor in this area, helping potential claimants who lack funds to seek justice. Finally, in insolvency proceedings, there are a handful of cases pushing the boundaries on the ban against third party funding in the insolvency proceedings context. The case of Akai Holdings Ltd (in compulsory liquidation) & Ors v. Ho Wing On Christopher & Ors is one of the earlier cases where liquidators received court approval for third party funders to fund the insolvency proceedings. The court of first instance decision in Re Cyberworks Audio Video Technology Ltd further confirmed that a party can seek third party funding to fund proceedings in insolvency cases. There is also case law suggesting that the Hong Kong courts will allow for litigation funding in the insolvency context where there is a 'legitimate commercial purpose' (Re Po Yuen (To's) Machine Factory Ltd).

However, apart from the three categories discussed above, there has been no indication at all from the Hong Kong courts that third party funding can be allowed in other areas of court litigation. On the contrary, the Hong Kong Court of First Instance in Raafat Imam v. Life (China) Co Ltd refused to expand the exceptions to other areas. The Court stated that since the plaintiff was essentially seeking a declaration of non-criminality from a civil court and failed to show that his case fell into the category of exceptional cases, it would be inappropriate for the Court to approve the plaintiff's third party funding agreement.

Unlike in litigation, judicial attitudes towards third party funding in arbitration have been and continue to be more open. Prior to the statutory amendment to the Arbitration Ordinance, the courts did not come to a definitive view on whether champerty and maintenance actually apply to arbitration: Kaplan J in Cannonway Consultants Limited v. Kenworth Engineering Limited has said that third party funding is allowed in arbitration. However, in Unruh v. Seeway, the Court of Final Appeal expressly left open the question on whether maintenance and champerty should be applied to arbitration in Hong Kong, thereby casting doubt as to whether third party funding is appropriate in arbitration. The Court of Final Appeal stated expressly that this is an issue that requires 'serious legislative attention'.

To accommodate the legalisation of third party funding for arbitration, the Hong Kong International Arbitration Centre introduced the amendments to the HKIAC Rules on 1 November 2018. The changes were initially proposed on 11 July 2018 for public consultation. The revised HKIAC Rules expressly recognise third party funders and in particular, require a funded party to disclose promptly the existence of a funding agreement, the identity of the funder and any subsequent changes to this information. These requirements supplement the provisions in Division 5 of the Arbitration Ordinance. The HKIAC Rules also expressly permit an arbitral tribunal to consider any third party funding arrangement in fixing and apportioning the costs of arbitration. Importantly, a funded party is allowed to disclose arbitration-related information to its existing and potential funders.

However, while the provisions relating to arbitration under the Amendment Ordinance are now in force, Section 4 of the Amendment Ordinance, which relates to amending the Mediation Ordinance, is not yet in force at the time of writing. This has been postponed and will be brought into force following further deliberation by the Steering Committee on Mediation, on a date to be appointed by the Secretary of Justice.

During the consultation process, the Commission indicated that it envisioned a code of practice being issued by a body under the Arbitration Ordinance to promote best practice in the initial three-year period. This is a common approach in Hong Kong to ensure accountability among the relevant industries. This also reflects the trend in other common law jurisdictions that a 'light touch' or self-regulating approach towards third party funding in arbitration is often preferred.

On 7 December 2018, the Code was issued, expressly setting out the practices and standards with which third party funders of arbitration are ordinarily expected to comply. Prior to the execution of a funding agreement, the Code requires the third party funder (including each of the third party funder's subsidiaries and associated entities and investment advisers acting as its agents) to ensure its promotional materials are not misleading and to take reasonable steps to ensure that the funded party is made aware of the right to seek independent legal advice before entering into the funding agreement. According to the Code, the third party is subject to duties to maintain capital adequacy requirements (1) to pay all debts when they become due and payable; and (2) to cover aggregate funding liabilities under all its funding agreements for a minimum period of 36 months. The third party must also maintain access to a minimum of HK$20 million of capital.

The Code also includes a dispute resolution mechanism for disputes over the funding agreement, a complaints procedure and a requirement for an annual return.

The Code is not formal legislation and so failure to comply with the Code will not attract any legal consequences. However, the Amendment Ordinance does give the Code some teeth: while failure to comply does not make a person liable to civil or criminal liabilities, it can be used as evidence in court and may be taken into account in court proceedings if it is relevant to the matter at hand. The Code should be read in conjunction with the Arbitration Ordinance.

A solicitor, barrister or registered foreign lawyer seeking to be a third party funder in an arbitration where he or she is serving, will serve or has previously served as counsel to a party, may be committing the crime and tort of champerty or maintenance. It leaves open the possibility of Hong Kong law firms that do not represent any party in arbitration being third party funders.

The Amendment Ordinance does make clear that third party funding is not available to lawyers acting for parties in the arbitration but it does not prohibit providers of legal services or persons practising law from being third party funders.

The Amendment Ordinance does not specify any particular requirements as to the funding agreement, but defines a funding agreement to mean 'an agreement for third party funding of arbitration that is (a) in writing; (b) made between a funded party and a third party funder; and (c) made on or after the commencement date of Division 3' (namely 1 February 2019). The Code requires that a third party funder must set out and explain clearly in the funding agreement all the key features, risks and terms of the proposed funding, provide a Hong Kong address for service, and set out the name and contact details of the advisory body responsible for monitoring and reviewing the operation of third party funding. While the inclusion of such terms is not compulsory, it is seen as best practice to include those terms as they are incorporated in the Code. Notably, the Code came into effect prior to Division 3 and applies to any funding agreement commenced or entered into on or after 7 December 2018.

i Disclosure to third party funders

Section 98T provides that despite the restriction under Section 18, a funded party can communicate information relating to the arbitral proceedings to a third party funder and the subsequent awards made for the purpose of having or seeking funding. However, no information may be further communicated unless the information is made 'to protect a legal right or interest and enforce or challenge an arbitration award', 'to any government body, regulatory body, court or tribunal and the person is obliged by law to make the communication' or 'to a professional adviser of the person for the purpose of obtaining advice in connection with the third party funding or arbitration'. The Code reaffirms the duty for the third party funders to observe the confidentiality of the arbitration. Similarly, the HKIAC Rules also allow parties to make necessary publication and disclosure to a person for the purposes of having or seeking third party funding for arbitration.

ii Disclosure to the other party

Third party funding is self-regulated, with disclosure requirements imposed on the third party funder and the funded party. There are carve-outs made against normal confidentiality requirements in arbitration. In addition to the statutory amendments and the HKIAC Rules, the best practice set out in the Code will hopefully provide transparency and clarity for funded parties.

The future for arbitration practitioners remains bright, and the future for third party funders, especially for third party funding law firms, is even brighter. While this area is relatively new, there will undoubtedly be many further developments in Hong Kong that will present various new opportunities to local and overseas arbitration professionals. It is hoped that, with the new developments now materialising in the legalisation of third party litigation in arbitration, Hong Kong will be able to capture the increasing demand for arbitration services in Asia. 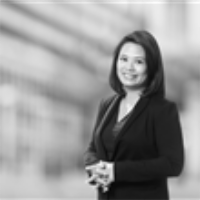 Explore all chapters on Hong Kong