The Dubai International Financial Centre (DIFC) is a free zone within the United Arab Emirates (UAE), which was established in 2004. The DIFC is a common law jurisdiction – an enclave within the UAE's otherwise civil law legal system – and has its own courts (the DIFC Courts), where proceedings are governed by the Rules of the DIFC Courts (RDC), which are closely modelled on the English Civil Procedure Rules. The DIFC also has its own civil and commercial legal framework, which is different from the onshore UAE law. As part of that framework, the DIFC has its own Arbitration Law, which is based on the UNCITRAL Model Law.

The UAE, and the Middle Eastern region in general, have not been a traditional market for litigation funding, and that has mostly been because funders have perceived Middle Eastern jurisdictions as not offering the level of certainty and predictability they look for in the legal process. However, the introduction of common law free zones such as the DIFC (and more recently Abu Dhabi Global Market), with their own courts and arbitration laws, gives rise to more attractive new markets for funders.

Various international funders have funded disputes in the DIFC in the past or have expressed interest in doing so in the future. In terms of physical presence, Omni Bridgeway, one of the companies offering litigation funding services, has an office in the DIFC.

One point that had attracted interest from international funders prior to the establishment of the Judicial Tribunal for the Dubai Courts and the DIFC Courts (see Section VI) was the enforcement of foreign arbitral awards through the DIFC as a conduit jurisdiction to the wider UAE jurisdiction.

The position in England is that maintenance and champerty are no longer crimes or torts under English law, but that champertous agreements, as a matter of public policy, are unenforceable. TPF agreements, if properly structured, have been held to be in the public interest and not champertous. This is relevant, because English court judgments have persuasive authority in the DIFC Courts.

However, any English law precedent must be approached with caution, because the DIFC Courts have issued Practice Direction No. 2 of 2017 (PD), which has created new rules that are similar, but not identical, to the English law position.

In adopting the PD, the DIFC Courts have opted for a light-touch approach to regulation, with the main requirement being that of disclosure of the fact of TPF and the identity of the funder. It is worth noting that Subsection 3 of the PD makes it clear that the PD 'is without prejudice to any subsequent determination of the DIFC Courts regarding LFAs [litigation funding agreements] in general or any specific LFA in particular (or any part thereof)'. This means that we can expect further pronouncements by the DIFC Courts regarding TPF that will continue shaping the procedural requirements for TPF in the DIFC.

In addition, in September 2019, the DIFC issued DIFC Order No. 4 of 2019 (the Order). The Order addresses the conduct of practitioners in the DIFC and also contains several provisions relevant to TPF.

The Order imposes a general duty to avoid conflicts of interest and this should be considered when undertaking due diligence against the third party funder and in taking instructions from the client without significant third party intervention. The Order also obliges practitioners to refuse to take instructions that are in the interests of the third party funder without express written authority from the client, and imposes a duty to advise clients on the effect and impact of any TPF agreements on the client's potential liability to pay legal fees and expenses. Furthermore, the Order prohibits practitioners from accepting referral fees or benefits from a TPF provider, unless full disclosure is made in writing to the client.

Currently, the TPF market in the DIFC is not regulated, but this may change as the DIFC has been considering expanding the powers of the DIFC Courts to issue regulations regarding TPF (see Section VII).

It is worth noting that contingency fees, or no-win-no-fee arrangements and agreements whereby a lawyer is rewarded by way of a share of the proceeds, are prohibited in proceedings in the DIFC Courts. Conditional fee arrangements are permitted subject to disclosure requirements (whereby, in the event that the client is successful, the legal representatives receive an uplift in fees, as opposed to a share in the proceeds).

TPF in the DIFC is growing in popularity but is yet to reach the levels comparable with funding available in other common law jurisdictions. As a result, the TPF agreement structure is borrowed heavily from the structures typical in other common law jurisdictions, and parties can expect to negotiate similar provisions relating to exclusivity, withdrawal, confidentiality, pricing, settlement and liability for costs.

The Abu Dhabi Global Markets Courts (the ADGM Courts) issued the Litigation Funding Rules in 2019 and these, together with the Civil Evidence Regulations 2015, prescribe the form of TPF agreements. The DIFC Courts have not yet had an opportunity to consider specific clauses in contractual disputes between funders and claimants. In one DIFC case, the claimant's funders filed a Part 8 claim with the DIFC Court of First Instance to protect and preserve its interest in the funding agreement following a change of legal representation by the claimant without finalising the replacement payment mechanism under the funding agreement. The funders obtained an order that the defendants pay the sum adjudged by the Court as due to the claimant (in excess of US$11 million) into Court and that this sum be held by the Court until the parties reach settlement or until final award or judgment. This indicates the willingness of the DIFC Courts to uphold the rights of the funders under TPF agreements, which is a positive trend in this jurisdiction.

The PD requires the funded party to disclose the fact of funding and the identity of the funder. The PD also sets out when and how notice must be given. For a standard claim (RDC Part 7), notice must be given in the case management information sheet, which has to be submitted before the case management conference (CMC) pursuant to RDC 26.3. Alternatively, if a party enters into a TPF agreement after the CMC, notice must be given in writing to all the other parties, as well as to the DIFC Courts' Registry, within seven days of entering into the agreement. In all other claims, written notice must be served to all other parties to the dispute as well as the DIFC Courts' Registry, where proceedings have yet to be commenced, as soon as practicable after commencement, including within the claim form or the particulars of claim and, in instances where the agreement was entered into after the proceedings were commenced, notice must be given within seven days of the date of the agreement.

The PD also makes it clear that there is no notice requirement for claims made in the Small Claims Tribunal unless those claims are transferred to or appealed to the Court of First Instance, in which case notice must be given in accordance with the procedures outlined above.

This move towards transparency has its advantages, but parties should bear in mind potential consequences that this may entail. The PD does not require disclosure of a copy or of any part of the TPF agreement, but it is notable that the court may order such disclosure. TPF agreements often contain confidential and privileged information, so it is sensible that there is no standard requirement to disclose an agreement. It remains to be seen in which circumstances the DIFC Courts would order the disclosure of an agreement or parts of it. As the DIFC is a common law jurisdiction, the DIFC Courts recognise the concept of privilege, and therefore the parties can seek to protect their interests by utilising carefully drafted non-disclosure and common-interest clauses in TPF agreements.

Finally, while there is no general requirement to disclose any information about TPF in DIFC arbitration proceedings, the tribunals can exercise their powers to order such disclosure.

The Emirates Maritime Arbitration Centre, which opened its doors in 2016 to parties as a new specialised maritime arbitration centre with a default seat in the DIFC has now started receiving cases with claims valued in excess of 45 million dirhams. There are also indications that the Dubai International Arbitration Centre (DIAC) is considering moving its default arbitration seat from onshore Dubai to the DIFC. In addition, there are suggestions that DIAC's new rules expressly recognise that the parties may utilise TPF to finance their case. These new rules are eagerly awaited by the UAE arbitration community. These developments show the growth of the DIFC as an arbitration jurisdiction.

While not specifically relevant to DIFC, onshore UAE arbitration is now governed by Federal Law No. 6 of 2018, which is based on the UNCITRAL Model Law. This change brings the UAE into line with internationally accepted standards in terms of procedure and enforcement. It remains to be seen how the new Law will be applied in practice, but this development is likely to offer more certainty and therefore likely to make UAE-seated arbitration more attractive to funds.

The other main development in the area of TPF in the UAE has been the issuance of the Order by the DIFC Courts discussed in Section II above.

Another development in the DIFC Courts that will be interesting to watch in the coming years is the establishment of the Technology and Construction Division (TCD) to deal with construction and engineering disputes. The TCD offers a forum similar to that of the Technology and Construction Court of England and Wales. It is staffed with specialist judges who are able to handle complex technical disputes that, until now, have mostly been referred to arbitration by parties in the region. 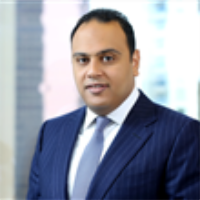 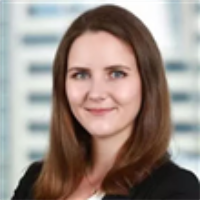 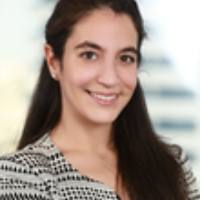