The Taiwan Intellectual Property Office (TIPO) accepts any registration application for those marks that have distinctiveness. A trademark may consist of words, devices, symbols, colours, three-dimensional shapes, motions, holograms, sounds or any combination thereof. After the application has been allowed, there is a statutory period for opposition. If there is no opposition, the applicant may get registration and obtain the trademark rights. Thereafter, however, there are still invalidation or revocation proceedings that can be instituted at the TIPO to challenge the registration. Administrative or civil litigation may be pursued through the Intellectual Property Court (the IP Court). Criminal litigation may be undertaken at any district court and an appeal may be made to the IP Court. The owner of a registered trademark may submit an application to the Customs Administration (Customs) for retention of articles suspected of infringing the owner's trademark rights.

According to the TIPO, the statistics for applications, allowance, rejection and registration of trademarks are as follows:

One may infer from the above statistics that the numbers of applications and registrations have been steadily increasing year on year from 2014 to 2017 despite the economic climate.

According to the Department of Statistics of the Taiwan Judicial Yuan, the statistics for civil cases decided through the first instance of the IP Court are as follows:

In view of the above, the opposition decision of the TIPO and the administrative appeal decision of the Ministry of Economic Affairs should be revoked, and the TIPO should revoke the registration of the disputed trademark.

The most significant domestic legislation related to trademarks includes the Trademark Act and the Fair Trade Act.

Because of its special relationship with Mainland China, Taiwan can only be a member of a few international organisations, such as the World Trade Organization (WTO), and accordingly it has ratified the WTO Agreement on Trade-Related Aspects of Intellectual Property Rights 1994. Nevertheless, to harmonise with international trademark practices, Taiwan has basically adopted the registration application procedure and standard classification rules for goods or services with reference to the Singapore Treaty on the Law of Trademarks and the Nice Agreement Concerning the International Classification of Goods and Services for the Purposes of the Registration of Marks.

The Appeal Review Committee of the Ministry of Economic Affairs is responsible for any appeal regarding dispositions made by the TIPO.

The Department of Commerce of the Ministry of Economic Affairs is responsible for company name applications, verifications and registrations.

The Fair Trade Commission is responsible for petitions or complaints about redressing the conduct of infringing unregistered famous trademarks.

The following pieces of legislation constitute the substantive trademark law in Taiwan:

The TIPO accepts any registration application for a mark having distinctiveness. A trademark may consist of words, devices, symbols, colours, three-dimensional shapes, motions, holograms, sounds or any combination thereof.

After submitting the application, the fee for serving notice that the application has been allowed is NT$2,000, although there are various other possible responses, the fees for which vary from NT$8,000 to NT$20,000 at each instance.

For the first phase registration, the official fee will be a multiple of NT$1,000 based on the number (1 to 45) of the designated classes even though this registration is a single multiple-class registration. The service fee rendered for paying the registration fees and forwarding the certificate of trademark is therefore NT$6,000 for the first class and NT$3,600 per class from the second class, or classes, onwards.

The disbursement is generally around NT$2,000.

Upon receiving notice that the application has been allowed, the registration fees must be paid within two months to obtain the certificate of registration and secure its publication in the Trademark Gazette. In addition, following publication, there is a three-month period in which to register oppositions.

Anyone may file an opposition to the registration of a trademark with the TIPO within three months of the day following the date of publication of the registration. The petitioner can file the opposition when the mark is (1) descriptive, (2) generic, (3) functional, (4) contrary to public policy or morality, (5) likely to mislead the public as to the nature, quality or place of origin of the goods or services, (6) identical or similar to a geographical indication for wines or spirits, and designated goods that are identical or similar to wines or spirits under the geographical indication, (7) likely to cause confusion, (8) likely to cause confusion and dilution of the distinctiveness or reputation of a well-known trademark or mark, or (9) the applicant intends to imitate an earlier-used trademark.

The applicant may first appeal the refusal decision to the Appeal Review Committee of the Ministry of Economic Affairs. If the applicant is dissatisfied with the committee's decision, it may further appeal to the IP Court, where there are two possible outcomes. If the applicant is dissatisfied with the IP Court's decision, it may appeal the matter further to the Supreme Administrative Court to pursue a final decision.

It can be assumed that the judges presiding over the IP Court are competent and knowledgeable in the area of IP. Accordingly, a trademark owner normally institutes infringement proceedings before the IP Court (see Article 3(1), Intellectual Property Court Organization Act). Nevertheless, a common court (i.e., a district court) may also try a trademark infringement case if the trademark owner (as plaintiff) and the alleged infringer (as defendant) designate a common court as exercising jurisdiction, by a written agreement (see Article 24, Code of Civil Procedure).

Courts having jurisdiction to hear trademark infringement matters are specifically as follows:

There are no special pretrial formalities with respect to civil proceedings on trademark matters. If, however, the price or value of the subject matter is less than NT$500,000 (e.g., the claimed damages are less than NT$500,000), the court will institute a mediation proceeding before commencing litigation (see Article 403(1)(xi), Code of Civil Procedure). Formal demand letters or warning letters are popular although not required.

Causes of action regarding trademarks, company names, trade or business names, domain names and other trade dresses include primarily the following categories:

The second instance generally includes the following procedures: filing of appeal, preparation for oral argument (finished ordinarily with two court appearances), oral argument (finished ordinarily with one court appearance) and judgment. Both factual and legal examination will be conducted in the second instance. The appellate court, however, will not examine additional or new means of attack or defence (including laws, facts and evidence) presented by the parties during the preparation for oral argument and oral argument proceedings in principle, while many exceptions exist (see Article 447(1), Code of Civil Procedure). That is, the second instance adopts the system of successive examination rather than the system of repetitive examination. In the second instance, the parties need not be represented by a litigation agent who has to be a lawyer in principle (see Article 68, Code of Civil Procedure). For court fees, the losing party is responsible for paying the court fees of the first and second instance (see Article 78, Code of Civil Procedure). As to attorneys' fees, the parties are responsible for paying their own attorneys' fees. Specifically, the losing party is not required to reimburse the prevailing party for attorneys' fees. The time frame for the second instance is from about six to 12 months.

The third instance generally includes the following procedures: filing of appeal, written review and judgment. Only legal examination will be conducted in the third instance. That is, the appellate court will only examine any legal issues during the written review proceedings. In the third instance, the appellant must be represented by a litigation agent, unless the appellant, one of its specific relatives or a member of its staff is a lawyer (see Article 466 bis (1), Code of Civil Procedure); however, the appellee need not be represented by a litigation agent who has to be a lawyer in principle (see Article 68, Code of Civil Procedure). For court fees, the losing party is responsible for paying the court fees of the first, second and third instance (see Article 78, Code of Civil Procedure). As to attorneys' fees, the parties are responsible for paying their own attorneys' fees in theory, and only a small part thereof is bearable by the losing party (see Articles 77-25(2) and 466 quater (1)). Specifically, the losing party is not required to reimburse the prevailing party for attorneys' fees or need only reimburse the prevailing party for a small part of the attorneys' fees. The time frame for the third instance is from about one to two years.

The remedies for the trademark owner are as follows.

For owners of registered trademarks

For owners of unregistered well-known trademarks

The impression conveyed to consumers by a design's criss-cross pattern depends on the different design patterns, colours, words or other components combined with the pattern, and affects the result of determining whether or not a trademark is registrable. Considering that examination of trademark applications should not be rigid and indiscriminate, and therefore cause excessive restrictions on the design and selection of trademarks by market practitioners, on 30 July 2019, the TIPO promulgated the Examination Principles on Trademarks containing Criss-cross Patterns, which is designed to avoid discrepancies in determination standards during examination of trademark cases, and to make examination standards clearer to follow. However, the Examination Principles do not apply to criss-cross patterns composed of lines and graphics of unequal lengths, or with special designs in their margins.

The Examination Principles symbolise that criss-cross patterns are often used to represent and describe 'healthcare', 'first aid' and other similar concepts, so as to convey the characteristics of the goods or services provided to the relevant consumers. From the relevant consumer's perspective, where a trademark is designated to be used for goods related to drugs or medical devices, or services related to retail or wholesale of drugs or medical devices, if the trademark pattern contains a criss-cross pattern, it might only convey that the goods or services using the trademark have medical efficiency or they are related to healthcare or first aid. In this case, the trademark is a descriptive mark and lacks distinctiveness. Criss-cross patterns have become a generic pattern in the medical industry so there is no need to disclaim such a pattern. In addition to conveying the meaning of healthcare or first aid, criss-cross patterns may also convey different meanings in combination with different words or patterns. Therefore, it is still necessary to consider the overall impression presented by the trademark in the specific case and the factors that may exist between the trademark and the designated goods or services to determine whether trademark registration can be obtained or not.

1 Yu-Li Tsai and Lu-Fa Tsai are partners at Deep & Far Attorneys-at-Law. The information in this chapter was accurate as at November 2020. 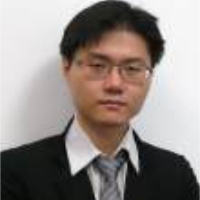 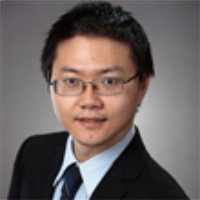 Explore all chapters on Taiwan