Turkish trademark law is closely aligned with EU law and international norms. Therefore, Turkey is well positioned for protection of trademark rights in terms of both modern and EU-aligned legislation and trademark litigation.

As Turkey is a transportation hub between Europe and Asia, and many global companies have manufacturing facilities in Turkey, protection of trademark rights in Turkey is very important, and foreign companies, in particular, should ensure their trademarks remain secure in Turkey.

In Turkey, the Industrial Property Code (Law No. 6769) governs the principles, rules and conditions relating to the protection of trademarks, as well as patents, industrial designs and geographical indications.

The Industrial Property Code entered into force on 10 January 2017, replacing Decree Law No. 556 for the Protection of Trademarks.

Turkey is a party to most major international treaties relating to trademarks, including the following agreements:

The Nic.TR Administration, within the body of the Middle East Technical University, handled the administrative, financial and technical services of domain names with the '.tr' top-level domains until it was shut down to registrations and renewals on 23 March 2020. Transactions of '.tr' domain names will continue to be made through Nic.TR until .tr Network Information System (TRABIS) is activated. TRABIS shall come into action when the Information and Communication Technologies Authority announces that the new system is activated. '.tr' domain names will be handled by Registrars during the transition process. The Nic.TR system will be accessible until TRABİS is activated, after which it will be closed. Once TRABİS is activated, Registrars will pursue all their transactions through TRABIS.

Company names are not required to be registered as trademarks in Turkey; they come into effect on commencement of their use in commerce. However, trademarks, company names, domain names and any other sign that may be the subject of a dispute, are all enforced before the Turkish civil courts in civil litigation proceedings.

The Industrial Property Code provides an exception to the registration requirement for prior and 'genuine' ownership of unregistered trademarks and for unregistered well-known marks within the meaning of Article 6 bis of the Paris Convention. However, the genuine ownership and well-known status exceptions mainly apply in cancellation or opposition proceedings, and do not extend to trademark infringement claims.

Trademarks can consist of any symbols, such as words, shapes, sounds, colours or letters. In order to be registered as a trademark, a sign must have a distinctive character that makes it possible to distinguish the goods and services it represents from others, and must represent the subject matter of the trademark in a clear and precise manner.

In priority claims under the Paris Convention, it is necessary to state the priority right on the application form. The certified copy of the first application should be submitted to the Turkish Patent and Trademark Office within three months of the date of application.

A trademark application may be refused if the trademark is considered substantially identical or deceptively similar to an earlier registered or pending trademark that covers identical or similar goods or services. However, the Industrial Property Code allows later trademark applicants to overcome a provisional refusal decision from the Turkish Patent and Trademark Office by submitting a notarised consent letter from the earlier right holder.

With respect to revocation actions based on non-use, if the trademark has not been used without a justifiable reason in Turkey, or if the use has been suspended during an uninterrupted period of five years, the trademark will be revoked. Article 9 of the Industrial Property Code considers use as follows:

If there is any absolute ground for refusing the application, the Turkish Patent and Trademark Office issues a provisional refusal of protection and the applicant is granted a two-month period in which to file an appeal to the Re-examination and Evaluation Board of the Office against such a refusal. This period is not extendable.

If an opposition is filed, the Turkish Patent and Trademark Office can accept or refuse the opposition and its decision can be appealed in writing within two months to the Re-examination and Evaluation Board of the Office.

Any decisions rendered by the Re-examination and Evaluation Board of the Turkish Patent and Trademark Office may be appealed before the Turkish IP Courts within two months of notification of the decision.

Furthermore, the final decisions of the Turkish IP courts, which are the courts of first instance, can be appealed before the district courts, and the decisions of the district courts can be appealed before the courts of appeal. An appeal does not automatically stop the execution of the decision, and the suspension of the execution should be requested together with the appeal.

Under Turkish law, it is possible to enforce trademark rights before the criminal law courts and civil law courts.

In terms of civil law protection, trademark infringement actions are filed before the specialised Civil Courts of Industrial and Intellectual Property Rights in Istanbul, Ankara and Izmir. In other cities, one of the regular civil courts (if there are more than two courts, the third civil court, otherwise the first civil court) is assigned as a specialised IP court.

Turkish courts have jurisdiction in trademark infringement cases if the trademark right is registered in Turkey, if the defendant resides in Turkey or if the tortious act is committed in Turkey. According to Turkish law, if the place in which the tortious act is committed is not the place where the damage has occurred, the law of the state where the damage has occurred shall govern.

Turkey is the applicable jurisdiction if the country is:

As of 1 January 2019, mediation is mandatory for trademark disputes brought by legal entities or natural persons regarding receivables and compensation claims. However, there is no restriction on applying mediation for other disputes as well.

Trademark-related disputes can also be resolved by arbitration. Under the Turkish Civil Procedure Law, arbitral decisions are executable without the need for any judicial approval or decision.

Alternative dispute resolution methods have significant advantages, such as the arbitrator's expertise, confidentiality of proceedings and the flexibility to adapt the proceedings to different situations.

In Turkey, although not required by law, a cease-and-desist letter is usually sent to the counterparty prior to the filing of a lawsuit, with the exception of lawsuits requesting injunction or seizure. The aim of sending a letter is to find an immediate solution without the need for a court process, which would take a significant amount of time.

Trademark infringement is the most common cause of action, and the following situations are considered as infringement:

In these cases, the similarities must be sufficient to create confusion or at least the likelihood of confusion to the average consumer.

The procedure of civil cases in Turkey is mainly based on writing. Therefore, the briefs of the parties and the written expert report are the most significant documents. The language of proceedings is Turkish. Documents in another language must be translated by the parties, and it is open to the judge to order a retranslation.

Before the trial, the claimant provides his or her claim petition to the court and the defendant responds to such with a response petition. Afterwards, secondary petitions are provided to the court by the claimant and defendant in that order. All evidence, claims and defences of parties must be submitted to the court at this stage with their respective petitions. In principle, admission of additional evidence or bringing new claims or defences is not allowed in line with the procedural law after the completion of this stage.

During the hearings, the judge will listen to the parties; however, the trial is based on the written documents submitted to the court. Therefore, the hearing may be used as a tool to point out some of the critical issues for the judge to concentrate on.

There are certain minimum requirements for a document to be accepted as proof before the court (e.g., all agreements related to transfer of copyright must be made in writing).

In most cases, it is possible to obtain a first-level decision in a trademark infringement case or other trademark dispute within 12 to 18 months. This term also includes expert examination.

In civil proceedings, the remedies available in Turkey include:

Preliminary injunction is also possible in Turkey before or during the substantive proceedings. The claimant must prove that:

In Turkey, it is also possible to enforce trademark rights before specific criminal courts. Before initiating a criminal action, the plaintiff first files a criminal complaint before the Prosecution Office. The criminal action then starts before the Criminal Courts of Industrial and Intellectual Property Rights in Istanbul, Ankara and Izmir for cases where the legislation stipulates imprisonment or judicial monetary penalty for infringement of a trademark right. In other cities, one of the regular criminal courts (if there are more than two courts, the third criminal court, otherwise the first criminal court) is assigned as a specialised IP court. In criminal proceedings, penalties including imprisonment and fines are available for trademark infringement cases.

There is a four-day gap between the effective dates of the Turkish Constitutional Court's decision and the Industrial Property Code. In certain cases, the IP courts stated that the Turkish Constitutional Court's decision is retroactive; therefore, the use requirement did not exist before the effective date of the Industrial Property Code.

However, the Supreme Court recently declared its decision on this matter. The 11th Civil Chamber of the Supreme Court's decision of 14 June 2019 was as follows: the Industrial Property Code entered into force on 10 January 2017; however, the date of ratification of the Code was 22 December 2016. The ratification date is before the Turkish Constitutional Court's decision on the annulment of Article 14 of Decree Law No. 556. It is clear that the legislator aims to enforce the trademark use requirement retroactively.

In light of the Supreme Court's decision, the courts will now implement Article 9 of the Industrial Property Code against non-use of trademarks.

On 1 January 2019, the mandatory mediation system was introduced into Turkish law, making mediation mandatory for commercial disputes, including trademark disputes, where monetary debt and compensation are claimed. The Turkish government strongly promotes the mediation system, and, in the near future, mediation is expected to be a mandatory pre-condition to formal litigation related to all IP disputes. In this regard, alternative dispute resolution methods will be more important and effective in practice.

According to the Industrial Property Code, the Turkish Patent and Trademark Office will deal with revocation actions due to non-use. However, the effect of this provision has been suspended for seven years; therefore, revocation actions based on non-use will continue to be filed before IP courts until 2023, after which, the Patent and Trademark Office will be entitled to decide on the revocation of a registered trademark based on non-use. 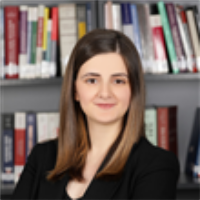 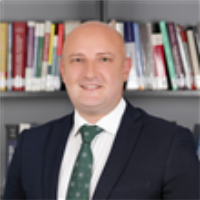 Explore all chapters on Turkey