Argentina is a regional leader in the adoption of cryptocurrencies, and is still making inroads in this regard. As a result of economic instability and foreign exchange restrictions, Argentina became one of the earliest adopters of cryptocurrency in Latin America (and the world) in an effort to protect its savings against inflation and to overcome the prohibition on purchasing and transferring foreign currency abroad.

Cryptocurrencies are not prohibited in Argentina, and are therefore legal. Nevertheless, the government has issued regulations regarding cryptocurrencies related to taxation and the prevention of money laundering and the financing of terrorism.

The government has not implemented specific regulations on the issuance, exchange or, in general, use of cryptocurrencies, instead choosing to observe ongoing developments regarding their impact on the Argentine market. However, there are currently several draft laws aimed at institutionalising and regulating various aspects of cryptoassets and the cryptocurrency industry.

There is no specific regulation applicable to the sale of cryptocurrencies or other tokens under securities laws or investment laws in Argentina.

Given the lack of a central issuing authority, Bitcoins cannot be classified as securities. Under Argentine law, securities are essentially negotiable instruments into which the issuer incorporates credit rights. Nevertheless, it cannot be assumed that this is the case for cryptocurrencies (e.g., tokens) issued by a centralised entity, and case-by-case analysis is required.

Following the example of securities and exchange commissions in other parts of the world, in December 2017, the National Securities Commission (CNV) issued a communiqué on initial coin offerings (ICOs) to warn investors of their potential risks (the ICO Communiqué).

The CNV has clarified that ICOs would not, in principle, be subject to the regulations that apply to the capital markets. Nevertheless, it has also stated that certain ICOs may be subject to the control of the CNV, depending on their structure and particular characteristics.

Although the CNV states that ICOs are not, in principle, subject to specific CNV control, the ICO Communiqué clarifies that claims may be filed with the CNV in cases where there is a suspicion that an ICO could be fraudulent.

Although there are no specific prohibitions, given the current lack of certainty as to whether certain cryptocurrencies constitute securities under the Capital Markets Law,2 regulated entities subject to the CNV's control, such as investment managers, investment advisers and fund managers, tend not to operate with these digital assets.

Additionally, the formal requirements for the operational activities of these regulated entities have not been designed to address cryptocurrencies. Thus, in practice, a number of regulations may preclude operating with such assets.

In May 2021, the CNV together with the Argentine Central Bank issued a joint statement warning about the risks and implications of using and investing in cryptoassets (the Cryptoassets Communiqué).

In Argentina, cryptocurrencies such as Bitcoin are defined by the Financial Information Unit (UIF) as a 'digital representation of value that can be digitally traded and functions as a medium of exchange; and/or a unit of account; and/or a store of value, but does not have legal tender status in any jurisdiction and is neither issued nor guaranteed by any government or jurisdiction'.3

The Argentine Civil and Commercial Code (the Civil Code) determines that individuals and legal entities are entitled to all the corresponding rights over the assets that are part of their property. In this regard, the Civil Code classifies assets into two categories: tangible and intangible.

As opposed to those that have a physical entity, intangible assets such as intellectual property and, in general, rights do not materialise in the physical sphere. Thus, as a digital representation of value, cryptocurrencies are intangible assets that are able to form part of individuals' and legal entities' property.

Section 765 of the Civil Code determines that only the Argentine fiat currency can be considered to be money, which excludes any possibility of including cryptocurrencies in this category.

With regard to whether cryptocurrencies can be considered to be currency under Argentine law, Section 30 of the Charter of the Central Bank4 provides a definition that excludes any type of instrument that has no legal tender directly or indirectly imposed by its issuer, or that is not issued with a nominal value lower than 10 times the amount of the highest national money bill in circulation. As such, to date this provision precludes the possibility of several cryptocurrencies being considered currency under Argentine law. Moreover, extensive interpretations of Section 30 of the Charter are prohibited.

In this regard, the ICO Communiqué and the Cryptoassets Communiqué stated that virtual currencies are not issued by the Central Bank or any other international monetary authority and thus are not legal tender and are not guaranteed by any government. Nevertheless, to date there have been no local precedents or governmental decisions or communications in connection with any cryptocurrency issued by foreign authorities.

The only specific regulations related to cryptocurrencies in Argentina are UIF Resolution 300/2014 (the UIF Resolution), which implements additional reporting obligations for certain obliged subjects (see below) under the Anti-Money Laundering Law (the AML Law),5 and the Tax Reform Law6 (see Section IX).

The AML Law lists a number of persons, including financial entities, broker-dealers, credit card companies, insurance companies, public notaries, and certain government registries and agencies, that have, among other things, specific reporting obligations under the AML Law (obliged subjects), and provides for certain general obligations, including applying know-your-customer procedures; reporting to the UIF any transaction suspected of money laundering or terrorism financing; and abstaining from disclosing to their clients or third parties activities performed in compliance with that statute.

The UIF Resolution requires most obliged subjects under the AML Law to report all the transactions performed with cryptocurrencies, regardless of their amount.

There are currently no specific regulations on exchange activities. However, anyone wanting to publicly offer securities within the Argentine territory needs to request a public offering authorisation from the CNV.

The trading of securities requires a licence from the CNV. Therefore, the exchange of cryptocurrencies as a permanent activity will require a licence if the cryptocurrency being exchanged is a security.

Given their lack of a central issuing authority, cryptocurrencies such as Bitcoin cannot be classified as securities. Nevertheless, it cannot be assumed that this is the case for cryptocurrencies (e.g., tokens) issued by a centralised entity, and case-by-case analysis will be required.

The mining of Bitcoin and other cryptocurrencies is permitted. There are currently no specific regulations regarding this activity.

Regulation of issuers and sponsors

There are currently no specific regulations on issuers and sponsors (see Section III).

Criminal and civil fraud and enforcement

The Tax Reform Law7 introduced several amendments to the Income Tax Law (ITL) in December 2017 and established several provisions related to 'digital currencies' (using this concept for the first time in the ITL).

If resident individuals obtain foreign-source gains derived from the disposal of digital currency, they will be taxed at a rate of 15 per cent.

Resident legal entities will be taxed upon any gains derived from the holding or disposal of digital currency at the general, progressive, income tax rate, ranging from 25 to 30 per cent (whether Argentine- or foreign-source).

In summary, if an Argentine resident acquires digital assets, the disposal of those assets could trigger a taxable income. The losses arising from transactions with digital currencies are considered 'special losses' and cannot be offset against income from any other source.

Apart from income tax, the worldwide assets of individuals resident in Argentina are subject to personal assets tax at a rate that varies from 0.5 per cent to 1.25 per cent, depending on the overall value of the assets exceeding the tax allowance (2 million pesos). In the case of assets located abroad, the applicable rates are higher according to a sliding scale of 0.7 per cent to 2.25 per cent. In the case of personal assets tax, it is not clear what the criteria are for locating a digital asset.

The transfer or exchange of digital currency is not subject to value added tax.

There are no border restrictions or obligations to declare cryptocurrency holdings in Argentina.

Cryptocurrencies must be treated as intangible assets for the purposes of estate planning and testamentary succession. This may potentially change in the future in connection with tokens issued through ICOs, subject to the CNV's view on their legal nature under the Capital Markets Law.

On 11 March 2019, the executive branch of the government issued Decree No. 182/2019 (the Decree) regulating the Digital Signature Law (DSL).8 The Decree established in law the figure of the 'trusted third-party service provider', whose remit includes the operation of distributed ledger technologies for the preservation of electronic documents, management of smart contracts and other digital services.

Moreover, these services also include electronic certification, digital identification and other services detailed by the licensing entity established by the DSL. Individuals, legal entities, consortiums, public entities and non-state public entities may be trusted third-party service providers under the Decree.

The Decree has yet to be regulated further, therefore specific guidelines on the use of distributed ledger technology by trusted third-party service providers are still pending.

The continuous development of new technologies gives rise to several economic, legal and financial problems. In this sense, the international community's receptiveness to cryptocurrencies has raised important concerns, and analyses and studies of the issue indicate that it will require legislative changes.

In Argentina, the issue is not yet fully developed, and only the Central Bank, the CNV and the UIF have issued opinions on the matter. Although draft laws on cryptoassets and the cryptocurrency industry are being discussed, regulators are still trying to determine the real risks and the impact of cryptoassets on consumers and the financial system.

The definition of each cryptoasset (including cryptocurrencies) will doubtless impact the decision whether current legislation in Argentina applies to transactions in which cryptoassets are used.

There are currently no sandbox programmes or other means to promote research and investment in cryptocurrencies. Nonetheless, the Central Bank has created several research groups, one of which is specifically dedicated to cryptocurrencies and blockchain technologies and is composed of members of both public and private entities with the aim of analysing potential regulatory modifications to enable the use of new technologies within the financial services industry.

Despite the expectations regarding the meeting of finance ministers and central bank governors of the G20 countries in Buenos Aires in March 2018, no regulatory framework or specific guidelines on cryptocurrencies have been issued. There have been discussions concerning the associated risks for consumers and investors, but nothing has been discussed in relation to the way cryptocurrencies should be approached by the authorities, except for a call upon international standard-setting bodies to monitor cryptocurrencies and their risks while evaluating a multilateral response, if appropriate.

4 Law No. 24,144, Organic Charter of the Central Bank of the Argentine Republic. 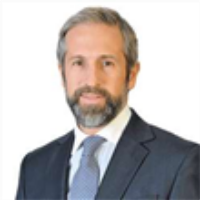 Explore all chapters on Argentina