The rise of virtual currencies and the underlying blockchain technology in recent years have presented regulators around the world with an interesting challenge: striking a delicate balance between regulating this nascent phenomenon of decentralised currency, while avoiding overzealous regulation so as not to stifle innovation. Azerbaijani regulators are no exception.

Generally, the Banking Law attributes the activity of monetary transmission (money transfer services or payment instruments) to be a licensable banking activity.3 Further, the Law on Currency Regulation regards foreign currency exchange activities in Azerbaijan (i.e., engaging in the business of buying or selling foreign currencies) as an additional licensable activity in which only local banks, branches of foreign banks, certain licensed post offices and entities holding foreign currency exchange licences may engage.4

Therefore, entities wishing to engage in the above-mentioned activities involving a virtual currency within Azerbaijan or, potentially, Azerbaijani residents, are likely to be prevented from doing so, unless the relevant licence has been obtained.

When it comes to money laundering and terrorism financing, Azerbaijani law does not seem to make any material distinction between transactions carried out using a fiat currency or a virtual currency (although the latter is not specifically mentioned). For instance, any transactions involving funds received from or transferred to anonymous accounts located outside Azerbaijan or transactions where the parties cannot be accurately identified, or in cases where the submission of identification information about a customer or beneficiary is denied, as well as where identification information about a customer or beneficiary is discovered to be false, are required to be reported to the Financial Monitoring Service.6

Given the potential for abuse of the anonymity present in transactions using virtual currencies and the possible implications for the enforcement of anti-money laundering legislation, this is an area where specific regulations are very likely to be enacted.

Given the broad definition of income under the Azerbaijani Tax Code, revenues generated by residents from trading virtual currencies are likely to be subject to taxation. As no special regime for the taxation of capital gains exists in Azerbaijan, these revenues are likely to be subject to personal income tax at a 14 per cent marginal rate (in relation to individuals not registered as entrepreneurs), simplified tax (applicable to certain individual entrepreneurs) or corporate profit tax (applicable to certain individual entrepreneurs, enterprises with revenues exceeding a certain threshold and those not qualified to become simplified taxpayers). General taxation principles would apply to transactions using a virtual currency.8

It is not clear what the tax authorities' approach to enforcement would be given that, currently, the assessment of taxes on income received from abroad is largely dependent on self-declaration. However, there is a general, and rather vague, provision in the Law on Currency Regulation requiring residents of Azerbaijan to repatriate earned foreign currency reserves received from foreign economic activities, which are likely to include funds received from virtual currency trading once they are converted into fiat currency.9

Failure to comply with the repatriation rules may result in significant administrative fines (of an amount equivalent to 30 to 50 per cent of the foreign currency reserves)10 or, potentially, criminal liability for the management officials of the company where the funds exceed the equivalent of 20,000 Azerbaijani manats.11

The Civil Code, the cornerstone of commercial law, goes even further by requiring that contractual monetary obligations between residents be denominated in manats.14 Finally, wages may also only be paid in manats.15

As such, virtual currencies are not, and are very unlikely to become, legal tender in Azerbaijan. In fact, recognising them as such would most likely require amendments to the Constitution to be adopted in a nationwide referendum. It is not clear whether the authority of the Central Bank to issue banknotes and mint coins would include minting electronic coins for a cryptocurrency protocol backed by the Central Bank. So far, the Central Bank has not expressed any intention to engage in the minting of electronic coins and has described its position regarding a virtual currency as conservative. In fact, the First Deputy Chair of the Central Bank, Mr Alim Guliyev, has indicated that the Central Bank does not intend to issue a state-backed cryptocurrency, also known as a central bank digital currency.16 Further, in remarks made during discussions on the 2018 State Budget in Parliament, the Chair of the Central Bank, Mr Elman Rustamov, described cryptocurrencies as an instrument for investing rather than an alternative means of payment.17

Under the Law on Currency Regulation,18 residents may carry out currency operations related to the movement of capital (such as, for instance, the purchase of securities expressed in foreign currency), subject to the Currency Regulations19 specified by the Central Bank. These rules apply to both residents (generally, legal entities registered in Azerbaijan and Azerbaijani citizens) and non-residents (generally, legal entities registered outside Azerbaijan and their branches and representative offices in Azerbaijan), and they set out an exhaustive list of grounds for remittances in foreign currency, as well as related documentary requirements. Because, under rules adopted by the Central Banks,20 every credit or debit card issued by a local bank is tied to a bank account, the provisions of the Currency Regulations would also apply to outbound foreign currency transfers by residents and non-residents using credit and debit cards.

Although the Currency Regulations expressly permit residents and non-residents to remit funds for the purposes of investing in securities (including those denominated in foreign currency),21 they may hinder the ability of Azerbaijani residents to invest in virtual currency because no express permission exists in relation to remittances for the purposes of investing in virtual currency.

In January 2018, it was reported that a working group had been established in Azerbaijan to develop a draft law on the regulation of trade in virtual currencies.22 However, it seems that no progress has been made to date. In all likelihood, and on the basis of various public statements by local officials, Azerbaijani regulators are likely to continue to monitor23 the virtual currency space and assess regulatory measures adopted by other countries before any specific regulations are adopted.

The experiences of countries that share a common legal heritage with Azerbaijan, such as other (larger) countries in the Commonwealth of Independent States, are closely monitored. It is possible that Azerbaijan will follow the lead of Russia and adopt legislation similar to the Russian Federal Law on Digital Financial Assets and Cryptocurrency.24 This Law is expected to, among other things:

The absence of specific regulations on virtual currencies and their underlying technology in Azerbaijan may contribute to uncertainty and potentially stifle innovation in their implementation. For this reason, and in the interest of encouraging innovation in this sphere, the adoption of a separate law would be a welcome legislative development.

A great deal of care should be given to striking the correct balance in regulating virtual currency-related activities and providing clear guidance to market players, while at the same time avoiding unintended consequences of overzealous regulation, which is a difficult, but not impossible, task. It remains to be seen if the Azerbaijani regulators will take up this challenge any time soon.

19 Rules on Conducting Foreign Currency Transactions by Residents and Transactions of Non-Residents in Foreign and National Currency in the Republic of Azerbaijan, approved by Resolution of the Central Bank of the Republic of Azerbaijan No. 45/1, dated 28 November 2016, Registration Number with the State Register of Legal Enactments No. 23201611280451 (in Azerbaijani) (the Currency Regulations), Article 4.3. Available at http://e-qanun.az/framework/34248.

22 Lada Evgrashina, 'Azerbaijan takes up crypto-currencies: the bill is being prepared, the country will be visited by co-founder Ethereum', 1news.az (29 January 2018), accessed on 12 July 2019, http://www.1news.az/news/azerbaydzhan-vzyalsya-za-kriptovalyuty-gotovitsya-zakonoproekt-stranu-posetit-so-osnovatel-ethereum (in Russian).

24 Federal Law of the Russian Federation on Digital Financial Assets, Cryptocurrency, and Introducing Amendments to Certain Legislative Enactments of the Russian Federation, dated 24 July 2020 (published on 31 July 2020, Publication No. 0001202007310056; effective as of 1 January 2021, with certain provisions becoming effective on 10 July 2021) (in Russian) (Federal Law on Digital Financial Assets and Digital Currency). Available at http://publication.pravo.gov.ru/Document/View/0001202007310056?index=0&rangeSize=1. 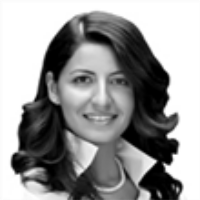 Explore all chapters on Azerbaijan