Tulips arrived in Holland in the late 16th century and quickly became popular. By 1633, novice florists flooded the lucrative tulip trade, starting what has since become popularly known as 'tulip mania'. Tulip mania was, in part, a response to the outbreak of the bubonic plague, which resulted in a lockdown that caused massive unemployment. People had to look for other sources of income and turned to speculative trading in tulip bulbs. Demand for bulbs increased so much that florists started buying and selling still-buried tulip bulbs with promissory notes, using the farmers' bulbs as collateral. Delivery of the tulip bulbs was deferred to a future date, encouraging speculation in the promissory notes, which were resold, creating an unregulated highly leveraged speculative futures market in the tulip bulb promissory notes, in which people with no interest in the underlying tulip bulbs could participate. As tulip prices rose, ordinary people caught speculative fever, spending their salaries and selling their possessions so they could buy tulip bulbs in hopes of making a profit. New and inexperienced florists began to mortgage their homes and businesses to purchase bulbs to sell at auctions, resulting in many of the growers becoming wealthy beyond their wildest dreams. But tulip bulbs proved to be a very unstable market. By January 1637, many florists began to sell off their bulbs and did not purchase more. By February 1637, there was a domino effect. At a Dutch auction the tulip bulbs did not receive any bids and prices were lowered. There were still no bids, resulting in speculative liquidity drying up. Speculators who had purchased bulbs on margin (i.e., with borrowed money) were forced to sell to pay back their lenders, and in the ensuing panic the price of tulip bulbs decreased by 95 per cent or more. Florists who had paid only small amounts of margin to the growers still owed the full purchase price to the growers. The tulip market collapsed. There were no bankruptcy or regulatory laws to help resolve disputes.

Some commentators have drawn parallels between tulip mania and the current speculative fever around virtual currency. It took only a handful of years for the speculative tulip bubble to pop. Nearly 400 years later, in a time when the speed of commerce is measured in milliseconds, virtual currency shows no signs of suffering a similar fate. As the editors of this treatise, we are somewhat ambivalent on the issue. We are not economists. We are lawyers. And with that, let us dispense with the history lesson and fast forward to 2021 and the slightly boring (to others) but utterly fascinating (to us) global regulatory schemes being put into place that are the subject of this treatise.

The fourth edition of The Virtual Currency Regulation Review is a country-by-country analysis of developing regulatory initiatives aimed at fostering innovation, while at the same time protecting the public and mitigating systemic risk concerning trading and transacting in virtual currencies and other digital assets. The increased acceptance and use of virtual currencies by businesses and the exponential growth of investment opportunities for speculators marked late 2020 and early 2021.

In 2020, the International Organization of Securities Commissions (IOSCO) published a report titled Issues, Risks and Regulatory Considerations Relating to Crypto-Asset Trading Platforms, describing specific areas that jurisdictions could consider in the context of the regulation of crypto trading platforms.

In the country-by-country chapters in the Review, the contributing authors provide a guide to the evolving regulation of digital asset transactions in their jurisdictions.

In 2020, the global outbreak of covid-19 had severe effects on every major economy. Echos perhaps of the bubonic plague and tulip mania? At the time of writing, the covid-19 pandemic is ongoing and, while some locations seem to be pushing past their respective peaks of infection, cities that are central to the global financial markets remain under various degrees of lockdown, with many workers in the financial services sector working remotely. Since mid-March 2020, when the pandemic hit the United States in earnest (it had already been raging in China, Italy, Iran and other countries), the price of Bitcoin has gone up in essentially a straight line – from approximately US$5,000 to US$63,000 in April 2021. Virtual currencies are borderless: they exist on global and interconnected computer systems. The virus is also borderless. Virtual currencies are generally decentralised, meaning that the records relating to a virtual currency and transactions therein may be maintained in a number of separate jurisdictions simultaneously. The borderless nature of this technology was the core inspiration for the Review. As practitioners, we cannot afford to focus solely on our own jurisdictional silos. For example, a US banking lawyer advising clients on matters related to virtual currency must not only have a working understanding of US securities and derivatives regulation, he or she must also have a broad view of the regulatory treatment of virtual currency in other major commercial jurisdictions.

Global regulators have taken a range of approaches to responding to virtual currencies. In some countries, a virtual currency, which is not a fiat currency, may be regulated in the same manner as money; in other countries, virtual currency may be regulated similarly to securities or commodities. We make one general observation at the outset: there is little consistency (so far) across jurisdictions in their approach to regulating virtual currencies. Perhaps the efforts of IOSCO will help to change that going forward, but there is currently no widely accepted global regulatory standard. That is what makes a publication such as the Review both so interesting and so challenging.

It is perhaps ironic that the principal source of strength of virtual currencies – decentralisation – is the same characteristic that the regulators themselves seem to be displaying. There is no central authority over virtual currencies, either within or across jurisdictions, and each regulator takes an approach that seems appropriate to that regulator based on its own narrow view of the markets and legacy regulations. Again, we are hopeful that IOSCO's efforts will help to encourage the emergence of optimal regulatory structures over time. The fourth edition of the Review provides a practical analysis of recent legal and regulatory changes and developments, and of their effects, and is not an exhaustive guide to the regulation of virtual currencies globally or in any of the included jurisdictions. Instead, for each jurisdiction, the authors have endeavoured to provide a sufficient overview for the reader to understand the current legal and regulatory environment at a high level. Virtual currency is the broad term that is used in the Review to refer to Bitcoin, Ether, Tethers and other stablecoins, cryptocurrencies, altcoins, ERC20 tokens, digital, virtual and cryptoassets, and other digital and virtual tokens and coins, including coins issued in initial coin offerings. We recognise that in many instances the term 'virtual currency' will not be appropriate, and other related terms are used throughout as needed. In the law, the words we use matter a great deal, so, where necessary, the authors of each chapter provide clarity around the terminology used in their jurisdiction and the legal meaning given to that terminology.

We are confident that attorneys advising clients in the cryptocurrency and digital assets space will find the updated fourth edition of the Review to be an excellent resource in their own practices. 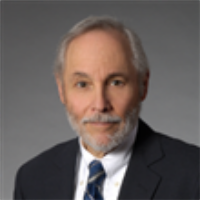 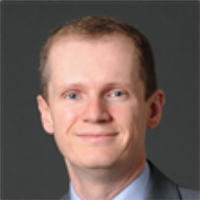