The Central Bank of Ireland (CBI) is the authority responsible for the regulation of financial services in Ireland. To date, the CBI has not issued specific guidance dealing with the status or the legality or illegality of virtual currencies or blockchain, and neither has any government department or other public authority. They have also remained largely silent on the applicability of existing financial regulation regarding this new and emerging area. However, the CBI has issued a warning on the dangers associated with cryptocurrencies as well as an Alert on Initial Coin Offerings to warn investors about the risk of losing part or all of their invested money (see Section II).

The Department of Finance issued a discussion paper on virtual currencies and blockchain technology in March 2018, stating that it believes that no single state agency has the capabilities to address all the risks and opportunities in these two areas. The Department has also established an interdepartmental working group whose task it is to monitor developments and consider any policy recommendations that will be necessary to manage risks and recognise opportunities.

There is no specific virtual currency regulation in Ireland, and regulators have yet to indicate the extent to which existing securities regulation will apply to virtual currencies. The CBI is the competent authority for the purposes of securities law in Ireland, including regarding prospectus, transparency, market abuse and markets in financial instruments law. The principal legislation to be aware of in respect of virtual currencies has its roots in European Union law, and includes the Prospectus Directive, the 2014 European Union Markets in Financial Instruments Directive (MiFID II) and the Alternative Investment Fund Managers Directive.

The CBI has not only published its own warnings in relation to initial coin offerings (ICOs) and virtual currencies, but has also contributed to European Securities and Markets Authority (ESMA) warnings to both consumers and firms engaged in ICOs.

As in many jurisdictions, the regulatory environment in relation to cryptocurrencies and their interaction with securities law is not yet settled, and ESMA acknowledges that, depending on how an ICO is structured, it may fall outside the regulated space entirely.

There is a risk that certain ancillary services in connection with a virtual currency could be subject to regulation as a form of money remittance or transmission under the Second Payment Services Directive (PSD2), or, where PSD2 does not apply, under the Irish regulatory regime for money transmission. For example, the operator of a virtual currency platform who settles payments of fiat currency between the buyers and sellers of virtual currency could be viewed as being engaged in the regulated activities of money remittance or transmission. There are a number of exemptions that may be applicable where, for example, the platform operator is acting as a commercial agent or where the platform could be viewed as a securities settlement system. The application of an exemption would depend on the features of the trading platform.

The Fifth Anti-Money Laundering Directive (AMLD5) will impose new anti-money laundering requirements on virtual currency exchanges and custodians operating in Europe. At the time of writing, AMLD5 has not yet been transposed in Ireland.

There are no restrictions in Ireland on the mining of virtual currency. Where a virtual currency is a form of transferable security, mining activity could be viewed as a form of securities settlement system. However, as mining is carried out on a decentralised basis, it does not fit neatly into any existing regime for securities settlement. On that basis, we would view mining as an unregulated activity under Irish law.

Regulation of issuers and sponsors

There are no specific regulations applicable to virtual currency issuers or sponsors in Ireland. Rather, they are subject to the existing regulatory frameworks governing traditional securities. If an issuer's virtual currency is a transferable security (which must be determined on a case-by-case basis), the issuer must prepare (and have the CBI approve) a prospectus prior to offering the token for sale to the public, assuming that the sale of the virtual currency would not proceed as an exempt offer pursuant to an exemption contained within the Prospectus Directive. The CBI has stated that it has received initial enquiries from certain virtual currency issuers and sponsors to review such a prospectus; however, we are not yet aware of any token issuers who are engaging with the CBI regarding a formal prospectus.

If a virtual currency does not constitute a transferable security, the requirements of the Prospectus Directive will not apply to its issuance, although ordinary contractual principles and civil liability would continue to be relevant for issuers and sponsors.

Criminal and civil fraud and enforcement

As stated previously, there is no specific regulation in Ireland dealing with cryptocurrencies or blockchain technology generally. While the same is also true of the area of criminal and civil fraud and enforcement, it is important to be aware of existing financial services regulation covering areas into which certain activities relating to cryptocurrencies and blockchain might fall.

There is the possibility that various ancillary services connected with cryptocurrencies could be considered regulated activities under either PSD2 or other Irish money transmission regulations. Irish anti-money laundering legislation will apply in cases where, for example, a cryptocurrency is considered a transferable security (see Section IV). AMLD5 will impose new regulation on cryptocurrency exchanges in Europe, but has yet to be transposed into Irish law.

As stated in Section II, the CBI has issued a warning in relation to ICOs. While virtual currencies have not yet been classified as securities by the CBI, there has also been no conclusive statement to the contrary. In the absence of final clarification, it is important to be aware that any person breaching Irish prospectus law by offering securities to the public without publication of a prospectus (for an offer not subject to an exemption) is liable on indictment to a maximum fine not exceeding €1 million or imprisonment for five years, or both, as there is the possibility that ICOs can be considered to be such an offering of securities to the public, depending on their structure (see also Sections II and VII).

There are no specific rules for dealings in cryptocurrencies, and the normal basic principles apply. This was confirmed in a publication issued by the Revenue Commissioners, which was updated in April 2020. The taxation of dealings in cryptocurrencies will depend on the nature of the activities. Thus, the receipt of a cryptocurrency (by way of barter) in lieu of cash for goods or services rendered may be treated as an income or capital receipt, and in turn may or may not be trading, all of which depends on the underlying activity that generated the cryptocurrency. This requires a normal review of the facts. While cryptocurrencies themselves can be difficult to value, the value of a cryptocurrency on the date of a transaction is the relevant figure to be considered for tax purposes. The Revenue Commissioners recognise the practical difficulties in valuation given that there is no one exchange: a practical and reasonable approach is needed, and taxpayers are required to keep contemporaneous records, as this information often cannot generally be verified at a later date.

Dealing in cryptocurrencies of themselves will depend on the nature and level of activity of the dealer. Occasional investment in and disposals of cryptocurrencies would likely be treated as a capital receipt, currently taxed under capital gains tax at a rate of 33 per cent. Where there is significant and regular dealing, this could be considered to be trading, which for a company would be taxed at 12.5 per cent, or at the marginal higher rates for individuals. The actual tax position will depend on an analysis of the specifics of each transaction, and would need a case-by-case consideration, as is normal in any activity.

Companies will normally prepare their accounts in euros. Although Irish legislation permits functional currencies other than the euro to be used, cryptocurrencies are not recognised as a functional currency, and therefore cannot be used in the preparation of accounts for tax purposes.

No Irish VAT arises on the transfer of cryptocurrencies. This follows the ruling in the Hedqvist European Court of Justice case in 2014, and the Revenue Commissioners have confirmed that this accords with their view. It is worth bearing in mind that where a cryptocurrency is exchanged for goods and services, while there is no VAT on the supply of that cryptocurrency, the goods or services given in exchange may themselves attract VAT in the normal way. Mining activities (in the cryptocurrency context) are also considered to be outside the scope of VAT on the basis that they are not considered to be economic activities for VAT purposes.

Irish stamp duty should not arise generally on a transfer of cryptocurrencies, although as stamp duty is a tax on documents, the manner in which the transfer takes place would be worth monitoring to ensure that a stampable document has not been created.

The territoriality aspect of cryptocurrencies is still an evolving area. Irish resident (and for individuals, ordinarily resident) persons will usually be liable to tax in Ireland on their worldwide income and gains (subject to any reliefs or exemptions, including double tax treaty reliefs). A non-resident person will generally only be subject to tax on Irish-sourced income or gains, or profits from an Irish trade. In the case of individuals, tax may also apply where amounts are remitted into Ireland. It is evident, therefore, that understanding the source or situs of cryptocurrencies is of significance in international dealings. This is likely to be an area that will be developed further.

Applying general principles and no special rules to cryptocurrencies allows taxpayers to conduct their activities with a level of certainty, and the Revenue Commissioners guidance is a welcome development.

Given the importance of the investment funds industry to Ireland as a destination for international financial services, the implications for the virtual currencies sector need to be considered.

Investment managers are not generally restricted from owning and investing cryptocurrencies, and the licensing requirements do not differ from the usual requirements in this area. Nonetheless, it needs to be borne in mind that the CBI has yet to state its position on the classification of cryptocurrencies, which will potentially change the situation.

Virtual currencies, and blockchain technology generally, are important areas of innovation and part of a growing technology ecosystem in Ireland. Their importance is exemplified in the setting up of Blockchain Ireland,2 a group dedicated to promoting and providing information on DLT and blockchain in Ireland that is chaired by the Industrial Development Authority and with broad public and private sector membership, and also by the CBI announcement that it is in the process of establishing a fintech and innovation hub to enable companies to engage directly with the CBI.

It can therefore be expected that the CBI and government departments and public authorities will issue more guidance on the application of existing regulations to, and classification of, these new and emerging technologies in the short to medium term.

The transposition of the AMLD5 will also have an important impact on the way cryptocurrency exchanges are regulated in Ireland.

1 Maura McLaughlin and Caroline Devlin are partners, Pearse Ryan is a consultant and Declan McBride is of counsel at Arthur Cox. 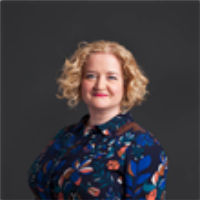 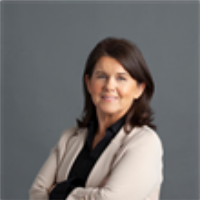 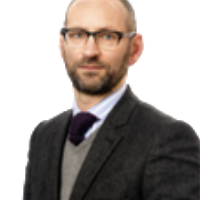 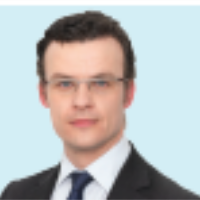 Explore all chapters on Ireland